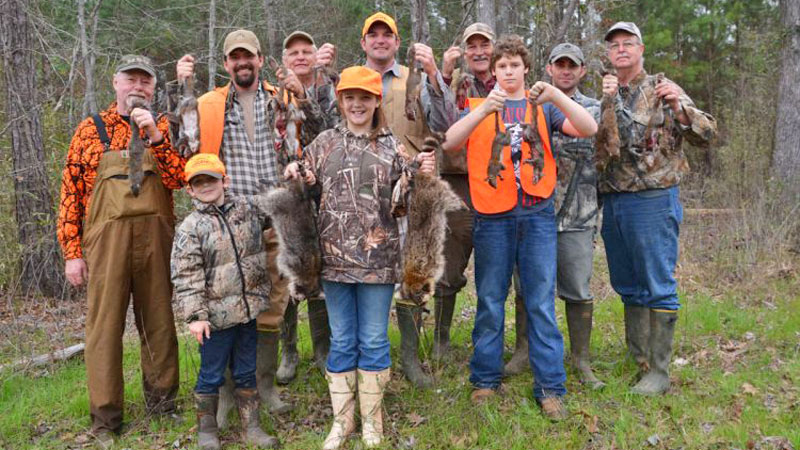 Squirrel dogs are made, not born, according to Joe Shumaker and Terry Fletcher.

“A pointer will instinctively point a rock,” Shumaker said. “A retriever puppy will pick up that same rock and carry it around in his mouth by instinct. Squirrel dogs have to learn everything.

“Get a good pair of boots and spend a lot of time in the woods with the dog. Part of it is that squirrel dogs need to bond with people rather than other dogs. They are more like Labrador retrievers than trail hounds. Mountain curs want to please people.”

Fletcher said that he likes to take a dog to a park with a lot of squirrels and turn it loose to chase squirrels up trees.

“They have to learn what to chase and that squirrels go up trees,” he said.

Shumaker said the hardest thing is to get dogs to bark up a tree.

“I’ve seen dogs that are interested in squirrels chase one on the ground, but when the squirrel goes up a tree, the dog keeps going past the tree, then looks around for the squirrel,” he said.

A good training tool is a device called a squirrel tube, said Shumaker. Squirrel tubes are essentially tubes at least 10 feet long made of 1-inch mesh wire, capped on both ends. A live-trapped squirrel is released into the tube for the dog to hopefully chase back and forth. The tube may be laid on the ground or suspended overhead.

“If your dog doesn’t get squirrelly with one of these, you really have your work cut out for you,”  he said.

Both men strap Garmin Alpha Track and Train System collars on their dogs before hunting with them or training them. The GPS part of the system locates how far away from the hunter the dogs have treed. The shocking function of the collar system is used for training purposes, especially to prevent them from chasing other game species, particularly deer, but also rabbits.

“If a dog shows any indication of chasing a deer, I will grab my controller and light him up,” said Shumaker. “But the quickest way to ruin a dog is over-discipline — too much shocking.

“Another thing is hunting with someone with an aggressive dog. If a dog like that whips your dog at a tree, it will never tree again.”

Shumaker believes in keeping a dog in hunting shape.

“A third thing that can ruin a dog, even a finished dog, is not hunting it enough,” he said. “They will get out of condition, get fat. Squirrel dogs need to be worked three or four times a week from October through February. You can’t just say, ‘Well, it’s February,’ and get the dog out of its pen.”