So what is it about turkeys that make them so difficult to kill? University of Mississippi’s Richard Bucholz ran down the some of the reasons hunters can easily miss out on tagging out.

“They’ve got big eyes relative to their heads,” University of Mississippi biologist Richard Buchholz said. “I think they probably have a fairly large visual field, but we don’t actually know. The visual field of turkeys has never been measured.

“We can make an assumption that because their eyes are on the sides of their head that they’re able to see behind them as well as in front of them.”

“Getting airborne is pretty slow for a turkey, especially a big tom because they weigh so much,” Buchholz said. “But once they’ve got their forward motion going, they can disappear pretty quickly. 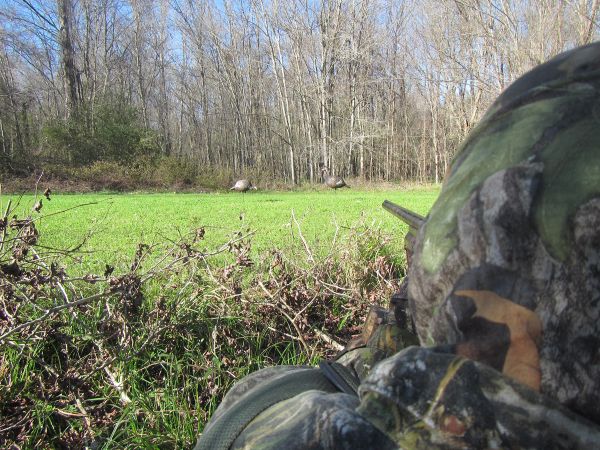 “It also depends on the density of the habitat, and in heavy forest there’s a lot in their way. But if you’re out in a field and they can get above tree top level, then they’re going to keep going for some distance.”

“They go up in the tree to be protected from terrestrial predators,” Bucholz explained. “That’s why it’s so important for the young poults to grow in their flight feathers as fast as possible so they can up into the tree with their mom. Otherwise mom has to sit on the ground with them and keep them warm, and that’s where opossums and raccoons and bobcats and foxes are. That’s a very dangerous place for them to be.

“They’re not totally safe in the tree. Barred owls and great horned owls potentially are predators, particularly for hens. Gobblers are pretty big, but hens are much more likely to be taken by those owls.”

About Jonathan Olivier 38 Articles
Jonathan Olivier is a devoted journalist with a focus on the environment and outdoor recreation. His passion for hunting, backpacking and wilderness conservation has taken him from the swamps of Louisiana to the mountains of Colorado.