So we researched the archives of LouisianaSportsman.com and came up with the 10 best-read stories of the year.

Hope you enjoy looking back at last year’s recap of some impressive deer, big-time bass and other interesting stories.

1. Dad alerts daughter about approaching 8-point; instead she downs a 14-point 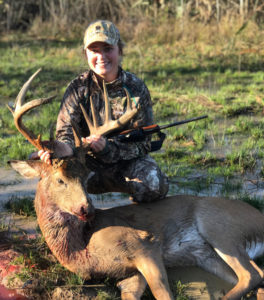 Lacie Russell from Downsville was hunting with her dad, Greg Russell, on their 500-acre property in Morehouse Parish on Jan. 4, when she got a text from her dad who was sitting on a nearby stand.

“My dad’s stand is about 300 yards from mine, and he texted me around 8:50 that he was looking at some does when a nice 8-point buck ran out in front of him too fast for him to get a shot,” Lacie said. “He told me to be on my toes because the 8-point was headed in my direction.”

At 9:00, instead of the 8-point approaching, a bigger buck suddenly appeared in the right hand lane with a doe in front of him at 100 yards.

Kevin Hood started his very popular Snake I.D. series back in June. He went on to cover multiple species in the next several months, with the goal to educate outdoorsmen and women on the snakes they could encounter in the woods and waters of Louisiana. 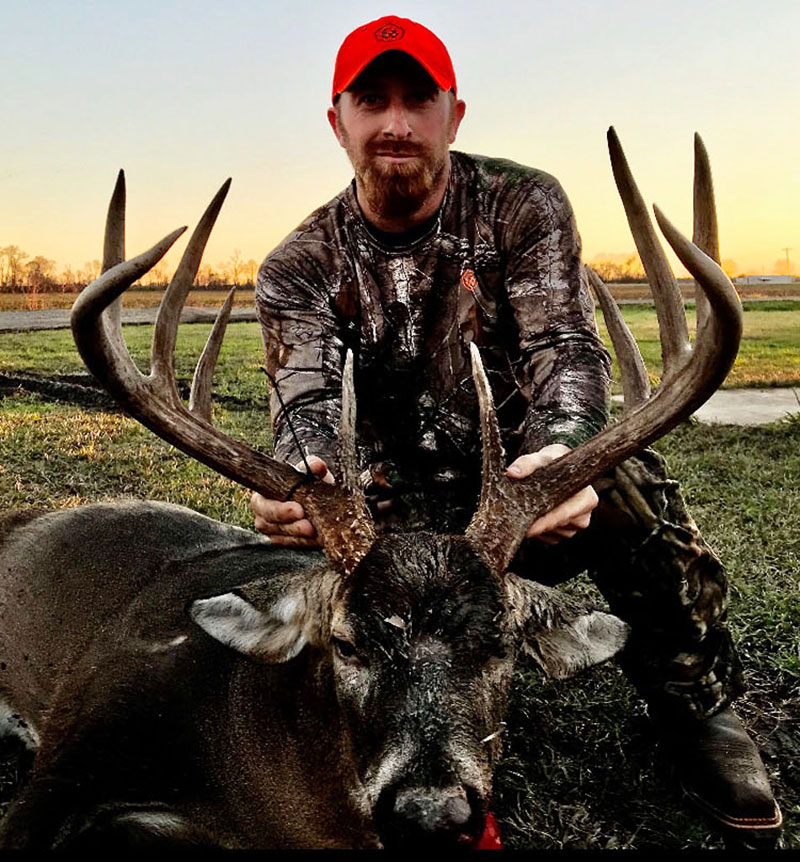 On Jan. 7, Cory Fontenot of Kinder got a huge reason to love the Buckhorn Wildlife Management Area: a monster 10-point buck that grossed more than 177 inches with very few deductions.

Bernard Fruge and Sean Page weren’t among those disgusted with the weather and the action in August. They struck it rich on Toledo Bend Reservoir.

Fruge, from Noble got it started with an 11.43-pound monster on Aug. 1, caught in the San Miguel area. Then, Page showed up early in the evening of Aug. 21 with a 10.59-pound bunker. Just to prove his first fish was no fluke, Fruge, later that evening, weighed in a 12.35-pound brute caught about 400 yards from his first double-digit fish.

For the second year in a row, the annual Rut Report is in the Top 10. Dave Moreland puts the rut prediction for all of Louisiana’s deer-hunting areas in reader’s hands so they can start making plans and have a successful season. Last year, an early rut gave deer hunters some much-needed time of recreation in the Bayou State.

Fate was on Baton Rouge bass angler Joseph Martin’s side on a mid-February day that dawned with near-freezing temperatures before he launched his 1994 Blazer 202 bass boat around 8:30 a.m. at Lake Fausse Pointe State Park. 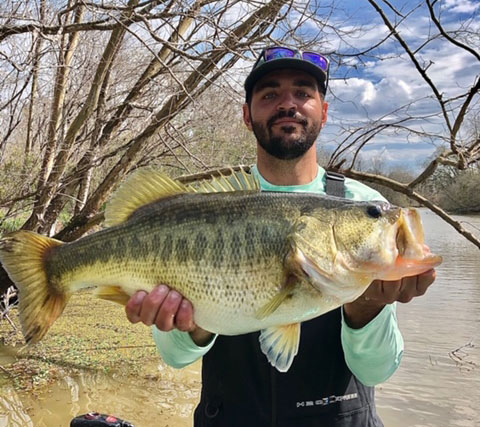 That’s a plausible explanation behind the personal best 8.17-pound bass he hooked and boated Saturday, Feb. 15, on Lake Fausse Pointe, which rarely gives up bass heavier than 6 pounds — and the rewarding aftermath. 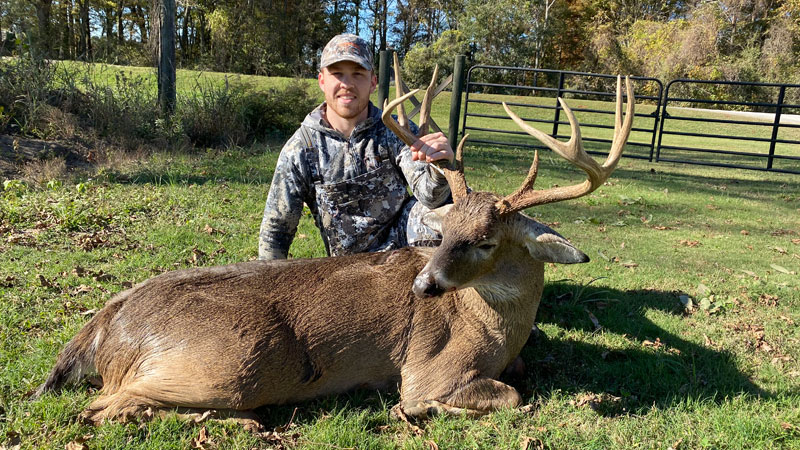 Ruston’s Lane Cox took this buck measuring 1536/8 inches on Nov. 23 at the Winter Quarters Hunting Club in Tensas Parish. Deer in that part of the state generally run heavier because of the rich soils of the Mississippi Delta. This buck weighed an astounding 268 pounds.

Cole Thurman’s first time fishing offshore in Louisiana was a trip he’ll never forget — his catch made him a state-record holder. 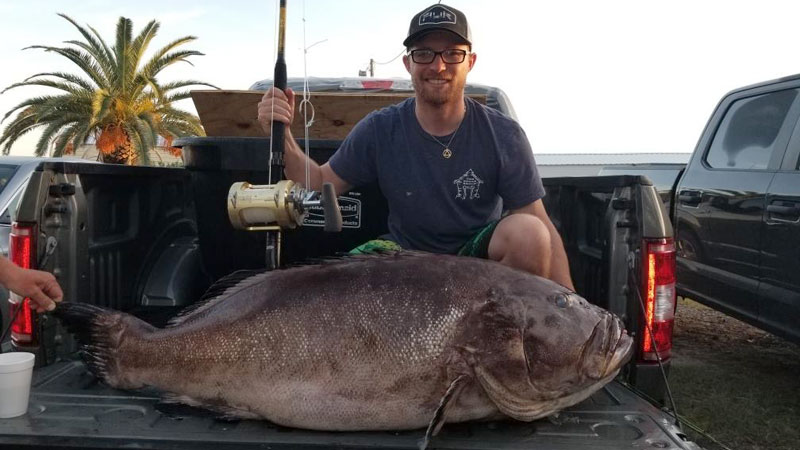 With an official weight of 106.2 pounds, the black grouper Thurman hauled in was 56 inches long. The weight nearly doubled the previous state record.

The catch of a lifetime happened Sept. 3 when Thurman and some friends launched out of Port Fourchon with Down the Bayou Charters. Two boats were loaded down with anglers, with Thurman’s boat guided by Capt. Ian Buzbee.

Blake Knoll from Marksville took a huge buck at Corbett Farm Hunting Club in Avoyelles Parish. Knoll was in the right place at the right time under perfect conditions to zip an arrow through the vitals of the big 11-point buck. Knoll’s taxidermist scored the rack with 1663/8 inches of bone. 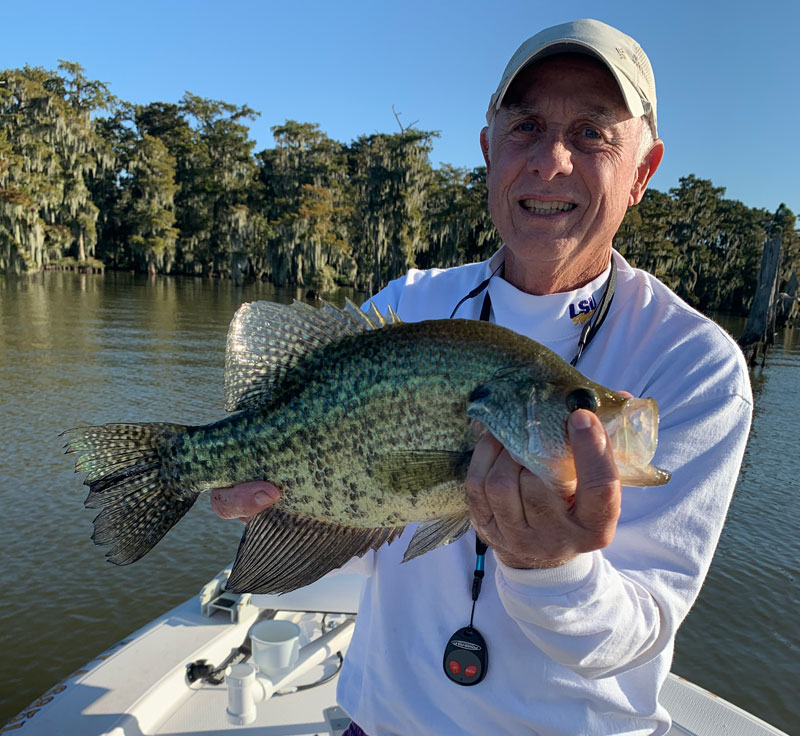 When Thibodaux’s Dickie Daigle set out to fish on Oct. 1 with his friend Glenn Landry, he said nothing seemed to be going right.

“We left and were on our way to my camp and I realized I left my night crawlers, so we turned back around to get them,” Daigle said.

Hackney goes with a jig to hook bass in January

Greg Hackney sticks with the Strike King Hack Attack Flouro Flipping Jig for bass fishing during one of the coldest months in Louisiana. […]