Eighteen-year-old Lacie Russell from Downsville, a student in Kinesiology at the University of Louisiana Monroe (ULM), was hunting with her dad, Greg Russell, on their 500 acre property in Morehouse Parish on Saturday, Jan. 4, when she got a text from her dad who was sitting on a nearby stand.

“My dad’s stand is about 300 yards from mine and he texted me around 8:50 that he was looking at some does when a nice 8-point buck ran out in front of him too fast for him to get a shot,” Lacie said. “He told me to be on my toes because the 8-point was headed in my direction.”

Arising early at their camp on their property, she and her dad headed for their stands before daybreak. She climbed into her box stand giving her a view of three shooting lanes, one out front and one each to the right and left. A feeder was sitting on the left hand lane and on this chilly morning, she kept her windows closed except for the one facing the feeder.

At 9:00 instead of the 8-point approaching, a bigger buck suddenly appeared in the right hand lane with a doe in front of him at 100 yards.

This was a buck she had knowledge of as last season’s trail cam photos revealed the big heavy-antlered buck. However, their trail camera this year malfunctioned and basically proved useless for this season. 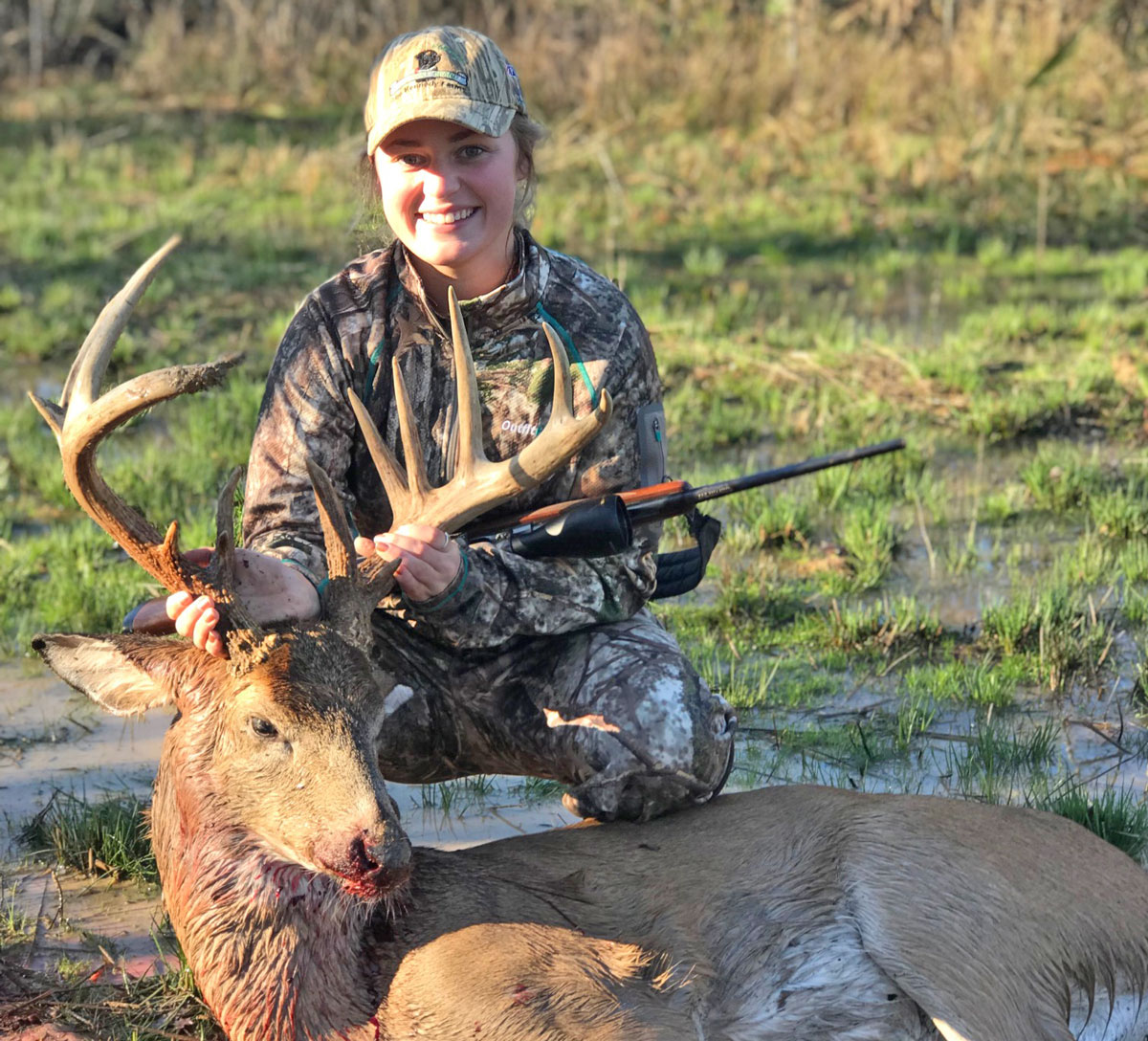 “I had hunted several times this year without any success at all. In fact,” she said, “I have not seen a single deer, not even a doe this season.”

The buck and doe walked out into the right-hand lane, which meant that since she was out of position, she had to ease over into another chair and open the window facing that lane.

“I was making some noise when I moved and repositioned and the doe seemed to get nervous,” Lacie said. “The buck however was intent on sniffing the doe and he continued to stand with his rear end facing me. I didn’t know how big he was except I knew he was a good one because his antlers stood out on each side of his head.”

When she finally got settled in the other chair, the buck, which was still facing away from her, turned his head and looked in her direction.

“I had my gun, a Remington 7mm-08, out the window and ready and when he turned to look my way, I had a good view of his neck, so I squeezed the trigger. He dropped right there,” she said.

Great moment for father and daughter

Leaving her stand, she started walking toward the downed buck while the doe was still standing there and also a buck, probably the 8 point her dad had cautioned her about, ran away. 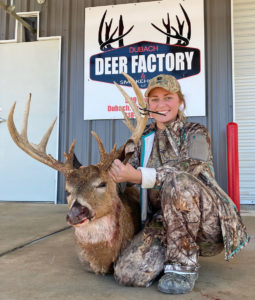 “I texted my dad and told him what I’d shot,” Lacie said. “Then I took a photo and sent it to him and I believe he was more excited than I was.

“My dad started taking me hunting with him when I was a toddler. I remember sitting in the stand with him, catching lady bugs and putting them in a water bottle. I killed my first deer, a doe, when I was 6 years old. My dad was so proud he had that doe mounted and she is hanging on the wall.”