Mickey Greer of Calhoun killed his biggest ever deer on Jan. 10 while hunting with his wife in Madison Parish. The 10-point buck green-scored 157 3/8 inches. He may not have killed the deer if he hadn’t misplaced the keys to his side-by-side utility vehicle.

Greer shot the deer with a Browning .30-06 and was sitting in the front seat of his pickup truck. That’s where the misplaced key to his utility vehicle, which he leaves at his hunting camp, comes into play.

“My hunting camp is about an hour and a half from my home. And I hunt about a mile and a half away from there in gumbo mud that’s over a foot deep. So there’s really no way to get there without my side-by-side. I transferred my gun and all my gear into the side-by-side, and I couldn’t locate my key,” he said.

At that point, Greer thought he’d left the key at home.

“We were an hour and a half away from home, so there’s really nothing I could do. And I can’t get to my stand without my side-by-side,” he said.

With no other options, Greer and his wife drove his truck to a spot 100 yards from the camp that overlooks a long, rough road that runs through the property.

“I told her we’d just watch the road, and that maybe something would step out into the road. So we’re sitting there in my white Z71. My wife was holding the binoculars and looking around. The last time I looked at my phone, it was 5:35 p.m., and I knew I had until 5:45 to shoot before legal shooting time ended,” he said.

And when Greer looked up from his phone, he saw something about 100 yards away that wasn’t in the road before. It was a buck, and when he took a better look at it through his scope, he could tell it was a good one.

“He was walking with his head down, and all I could see were his G2, G3, and G4. I could see how long those tines were, and I could tell it was a 10-pointer. I held it right there on his shoulder and pulled the trigger. He ran off,” said Greer. 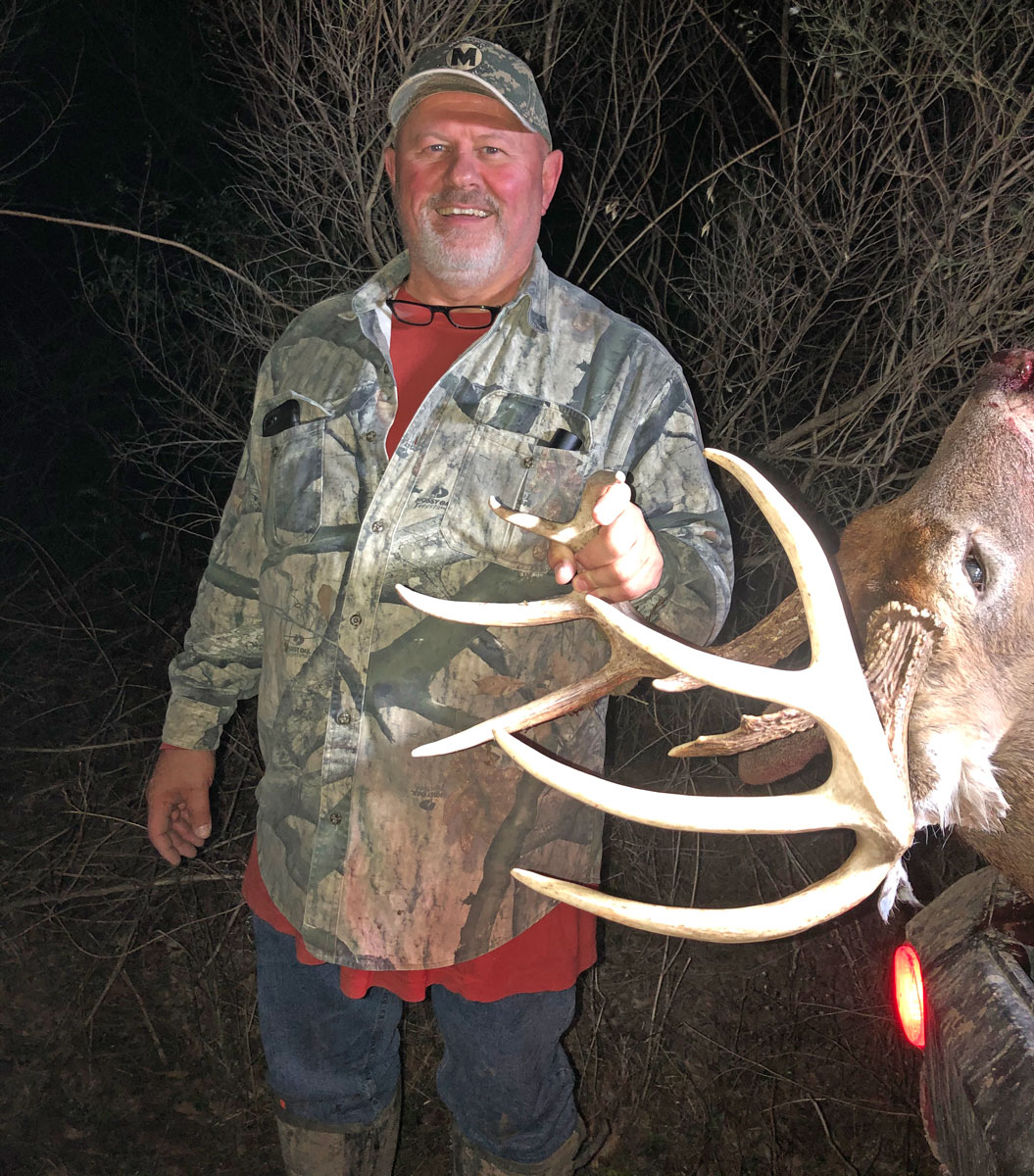 He told his wife he felt like it was a good clean shot. So after a few minutes, they walked down the road to take a look. They didn’t find any blood, but that didn’t cause too much concern for the veteran hunter.

“This didn’t alarm me too much because it’s happened to me before with deer that I’ve killed. But I’d like to have seen blood,” he said.

After a walk through the woods in a zig-zagging fashion in hopes of locating the deer, Greer still did not see anything. He made a few calls and located a veterinarian with a tracking dog.

Tracking dog finds deer, and helps itself to a snack

Even with no blood on the ground, the dog picked up the trail immediately, trotted into the woods, and found the buck about 60 yards from where Greer had shot the deer.

“I am sure I walked right past the deer when I was searching, but it’s real thick in there, and the deer’s white belly was facing away. So I just did not see it. I’m not sure I would have found it without the dog. The dog chewed half the deer’s ear off, but that wasn’t a big deal to me at all. I’d rather lose half an ear than the whole deer,” he said. 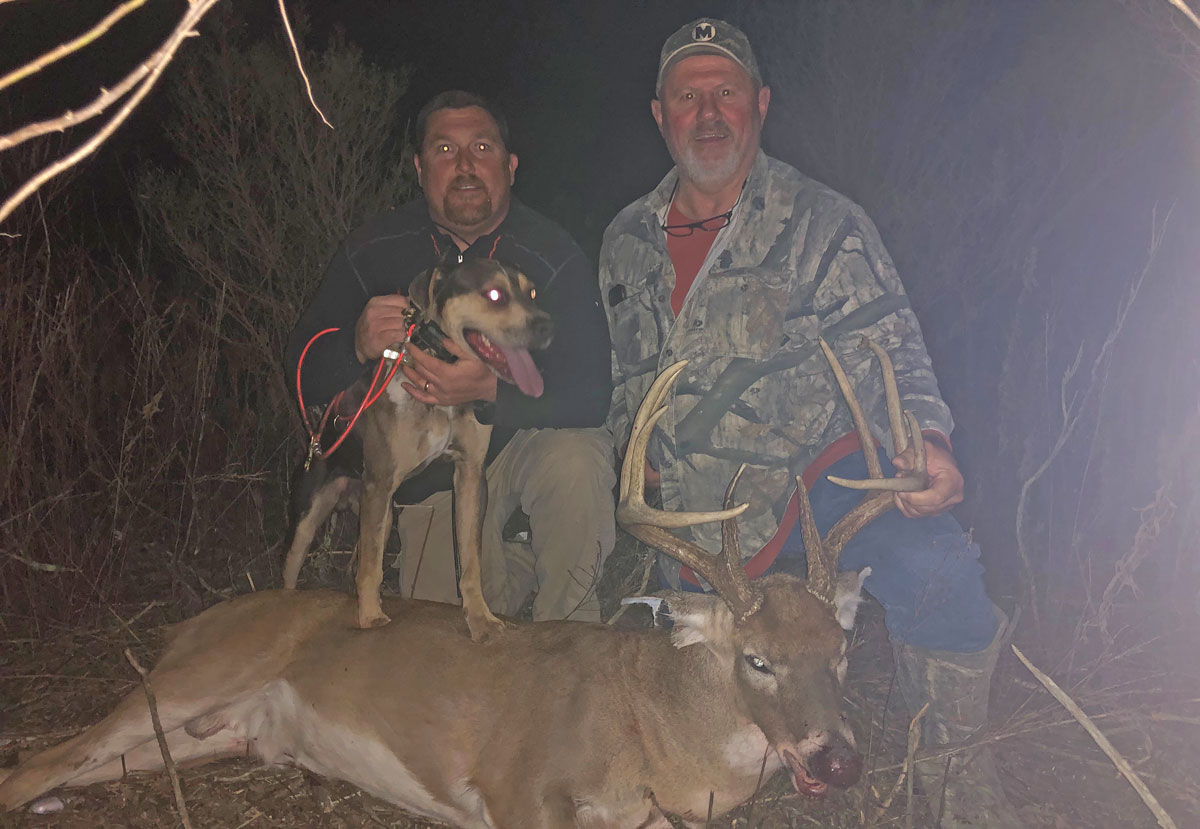 Now faced with getting the deer back to his truck, Greer luckily remembered the key to his side-by-side was in the pocket of the pants in the backseat of his truck. He also realized that if he’d had the key from the start, he’d never have even seen the trophy buck.

His taxidermist suggested using the cape of another deer in order to have two full ears on the mount. But when he told Greer that his buck had an unusual second white patch under its chin, Greer said he’d rather leave it as is.

“The ear will make a nice conversation starter, and I’ll have a unique mount all around,” he said.