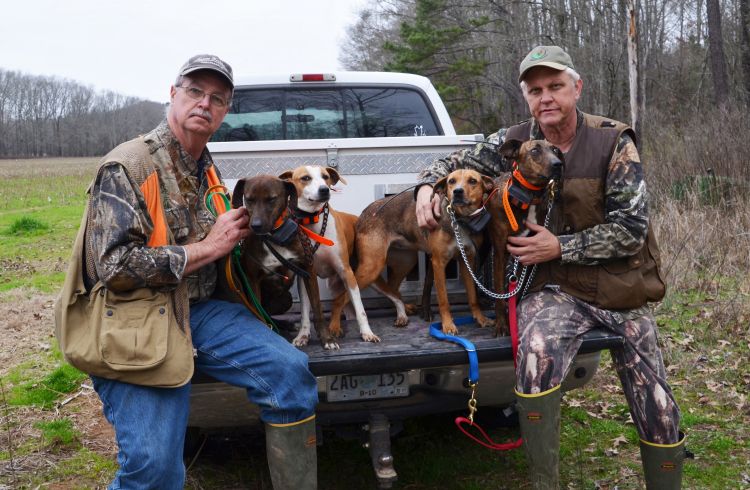 There are no officially recognized breeds of squirrel dogs. It seems that members of every breed, from pit bull terriers to Chihuahuas, can be trained to tree squirrels.

Hunters Joe Shumaker and Terry Fletcher agree that fiests and curs are recognized as the best species for hunting squirrels. Both terms are often used to describe mongrels of no particular breed, but the men have particular dogs in mind. Fiests are small, terrier-type mixes that can be virtually any color a dog can carry.

Most are lively but make good housedogs because of their small size. Fiests are popular because they eat less than larger dogs and relate well to people.

The word “cur” has a more specific meaning. Types of curs are Catahoula, black mouth, mountain and Kemmer.

“They hunt with their eyes as well as their noses,” Shumaker said. “And they aren’t too aggressive.”

Added Fletcher: “… You can turn around at night with them and hunt coons. They are silent trailers until treed. Squirrels get wise to barking and hide.”

Schumaker said that puppies are easy to find advertised in farm market bulletins and other places, but it is best to find a reputable breeder

Fletcher noted that besides word of mouth, puppies can be found on Internet forums, or Facebook.

“Go to squirrel dog competitions, too.” Fletcher said. “Often dogs that aren’t quite competition-level dogs can be found here, culls essentially. These dogs can be great pleasure hunting dogs.”

“I don’t get rid of a squirrel dog until at least 3 years old,” Fletcher said.

A finished dog is easier to describe.

“The dog should be able to find squirrels, and when treed, you should be pretty sure a squirrel is there,” said Shumaker.