As most outdoor enthusiasts know this has been a wet spring up and down the Mississippi River Valley and the current river stage is such that the Corps of Engineers is opening the Morganza Floodway on June 9. This floodway was built in 1954 and was designed to prevent downstream flooding of Baton Rouge and New Orleans.

This floodway was opened during the flood of 1973 and was opened a second time in 2011. Both of these events were well documented by the Department of Wildlife and Fisheries.

During the 1973 opening, efforts were made by biologists to rescue and feed deer. However, it became apparent that the best management effort was simply to leave the animals alone and restrict the public from the areas where deer were concentrated, keeping disturbance to a minimum. 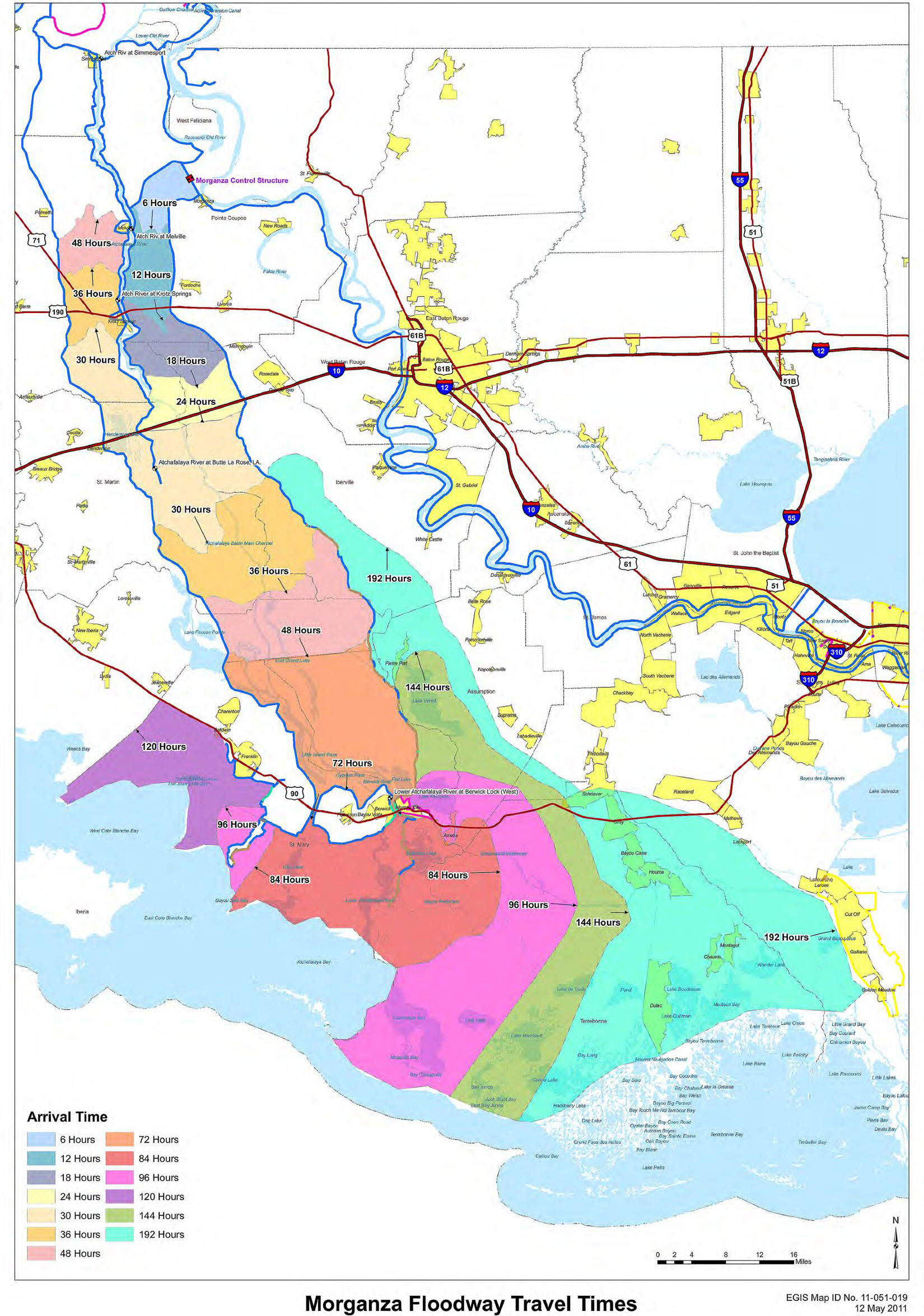 Many deer will not make it

This was the approach taken during the 2011 flood. Biologists did survey the situation and estimated that 30% of the deer herd that was affected by the flood perished. This mortality rate would be somewhat similar to that of a bad EHD (Bluetongue) outbreak, and deer should recover in a few years.

Flooding duration is the critical aspect of the opening and this year the flooding duration may be longer than 2011. As stated above deer will recover. White-tail deer have lived forever with flooding situations and have learned to adapt. They leave the flood zone and once the water recedes return back home. This floodplain is very fertile and vegetation can recover quickly once the water is gone.

Since many deer in the floodway are pregnant, the upcoming flooding will stress these animals. In order to survive, they will move to small woodlots or open fields out of the floodplain and the best thing to do is leave them alone and do not disturb them. Hopefully the water will be gone by August when the does begin to fawn, and they will have returned to their home territory for fawning. It could cause stress on the bucks that are beginning to grow new antlers.

Displaced deer will occupy agriculture fields and could cause serious crop damage to farmers.

Could this spell the end of the Morganza turkey population?

Turkeys on the other hand did not fare well during the 2011 Morganza flooding and their numbers have been greatly reduced and have not recovered. Sherburne WMA is part of the floodway and that turkey population took it on the chin. Hatching should have already occurred with hens being in the poult raising mode and flooding at this time would not be good and I would suspect a high mortality of poults.

Small game species such as rabbits will also be hit hard; mortality of both adults and young rabbits would be expected, but rabbits are prolific breeders and can rebound in numbers if habitat conditions are right. Squirrels of course will hang in the trees and eat buds and whatever fruit might be available.

One positive aspect of the flooding is that it will give wildlife personnel the opportunity to reduce feral hog numbers as they move out to escape flooding.

The other large game animal that is found in the floodway is the Louisiana Black Bear. These large animals are similar to deer with respect to flooding and will escape to higher ground. The one concern here would be if they set up residence near a house or community around the floodway, but our wildlife biologists have been dealing with nuisance bears for years and one should contact the department if a bear problem occurs.

During the flood of 2011, then Deer Biologist Scott Durham made a comment that he could do without another flood like this during his career. Unfortunately, it appears he gets to experience it again but with the knowledge the biologists gained from 2011, perhaps it will go better.

About David Moreland 240 Articles
David Moreland is a retired wildlife biologist with LDWF, having served as the State Deer Biologist for 13 years and as Chief of the Wildlife Division for three years. He and his wife Prudy live in rural East Feliciana Parish.