So how does an angler find the relatively few areas on a beach that hold fish? It’s easier than it sounds.

But nothing could be further from reality. Our coast couldn’t be more crooked if it had been drawn by a 3-year-old.

And that’s what causes hotspots on the beaches.

Anomalies along the shore provide current breaks, which allow sand to settle in certain areas. These sand ridges force current to race around them at speeds that are greater than the relative velocities of surrounding waters. This causes deep troughs to form, and sets the stage for one of nature’s most thrilling shows — at least to trout anglers. 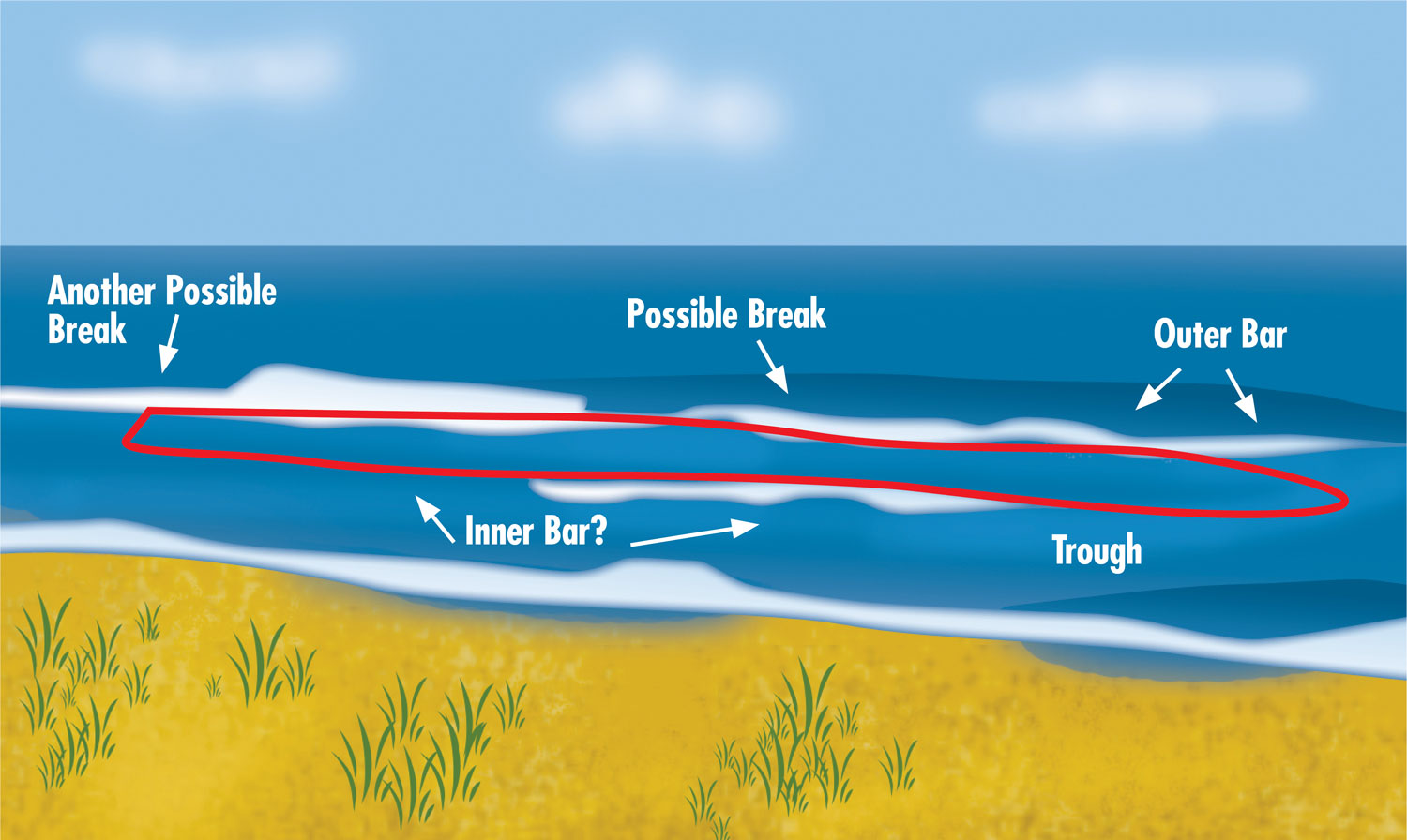 Trout use troughs as passageways to meals, and each anomaly on a beach is like a restaurant with a big neon sign that reads, “Eat at Joe’s.”

Baitfish move along in troughs mostly unmolested because they’re not grouped up enough to draw attention, but when they encounter a block in the path — an anomaly — they’re forced to go around it, either by choice or by the force of the current.

Specks know it’s much more efficient to lie in wait at the trough adjacent to a current break than it is to merely cruise the indistinct troughs looking for a baitfish here and a baitfish there. So that’s where they group up.

Anglers who ride around looking through polarized glasses for underwater points that break the flow of relatively straight troughs will have infinitely more success on beaches than those who simply pick a spot because they threw a dart at a map or liked the color of the birds that were nesting at that particular area.

These underwater points are especially easy to find on low tides, and wise anglers will mark potential hotspots with a GPS and return another day during high tide.

Night-fishing options are greatly expanded for those who have boats and the willingness to deal with the dangers of navigating at night. […]