Nothing is more exhilarating than catching speckled trout on topwater lures — and nothing is more maddening than repeatedly missing fish that are blowing up on your bait.

It’s tough to figure out how a fish can avoid the treble hooks that snare you just about every time you reach into your tackle box, but Capt. Theophile Bourgeois said patience — even though it’s awfully hard to practice — is crucial.

“Nine out of 10 times, the first hit on topwater is the trout’s tail. She slaps it or rolls on it,” said Bourgeois, who owns Bourgeois Charters in Lafitte. “When everybody sees that, they jerk it — and then school’s out.”

His solution is simple: He tells his customers to not even look at the lure as they work it across the water’s surface.

“I tell them to turn their heads and don’t look at the bait,” Bourgeois said, chuckling. “When a big trout hits that bait, and they’re looking at it, they’re going to jerk it.”

Bourgeois like bone-colored Bomber Badonk-A-Donks when he wade-fishes for trophy trout on the Chandeleur Island chain off the southeast Louisiana coast.

How to convince the fish

“With a big trout, I’ve had my bait go 8 or 10 feet straight up in the air. When it comes down, then it’s game on,” he said. “Then it’s up to you to convince that fish the lure is some good stuff, which might entail twitching it one-two, and then stopping. Or maybe waiting a couple of seconds, then one twitch and stop.”

If that doesn’t entice a sow trout into biting, Bourgeois changes his presentation. 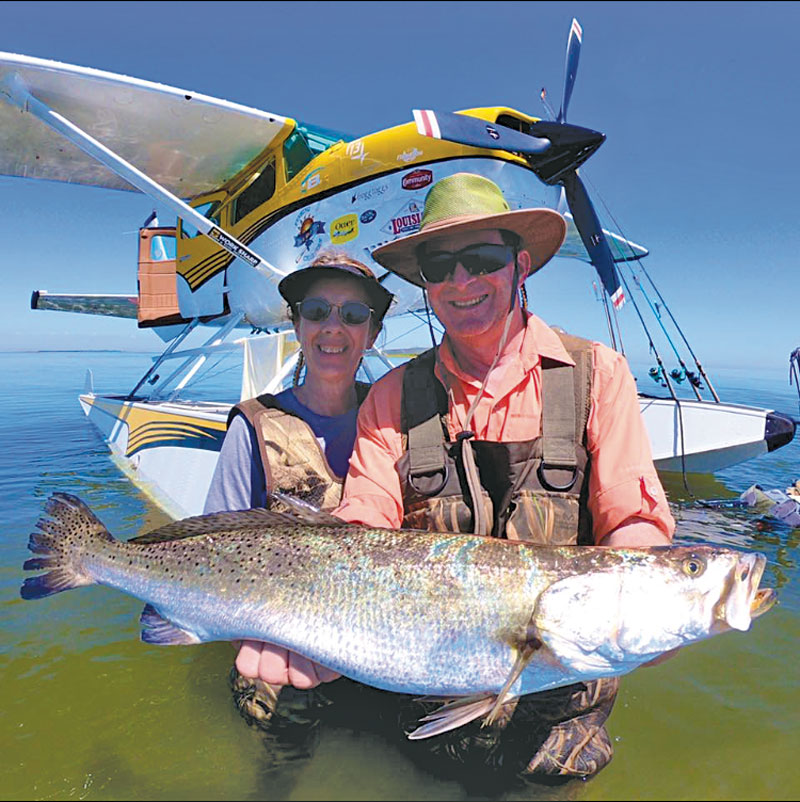 “If that fails, I get real erratic and I try to move the bait as much as I can without covering any distance,” he explained. “I can make it twitch six or eight times in a 1-foot span.

“An average person twitches it six or eight times, and they’ve covered 6 feet. They’ve pulled it out of the zone, and she’s gone.”

Another key to remember when working topwater lures is to set your drag correctly, he said.

“I like to set my drags really light,” Bourgeois said. “It’s a big fight, because if you set the drags tight they’re known or pulling the hooks out their mouths.”