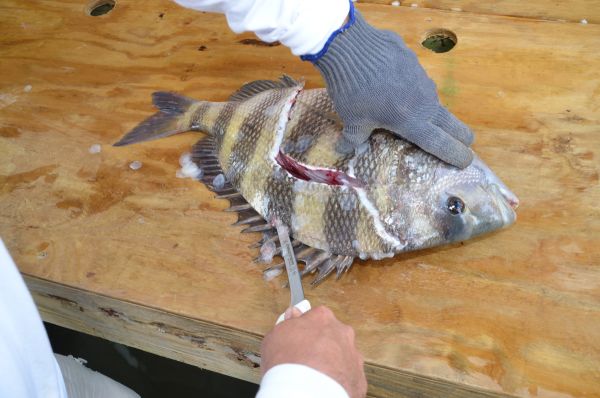 Sheepshead are a delight on the table. But all too many sportsmen throw them back, shuddering at the thought of cleaning a fish with more spines than a porcupine.

Even more bothersome are its extra-heavy-duty rib bones that will quickly burn out an electric knife or defeat the sharpest conventional blade.

On top of that, the heavy skeleton, large head, big spines and thick skin mean the fish yields a low percentage of meat. Even an expert has a hard time approaching a 20-percent yield by filleting.

Compare that to 45 percent for a speckled trout.

But, oh my, what meat! Every ounce is a delicacy no matter how you cook it: frying, grilling, baking, broiling, poaching, oven frying.

Every approach works wonderfully with this lean, mild, white-fleshed fish.

Kerry Audibert knows this and has become an expert at cleaning them easily and swiftly.

Follow him as he walks through the steps to becoming an expert at filleting sheepshead. Note: You will need a conventional knife to do this. 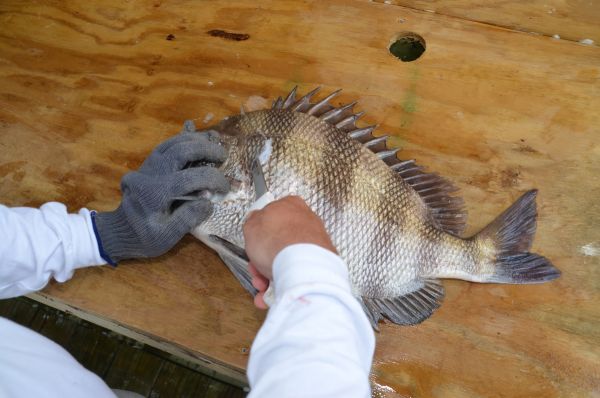 1.) Holding the knife at an angle to get the cutting edge under the scales, cut vertically behind the head of the fish to the backbone. 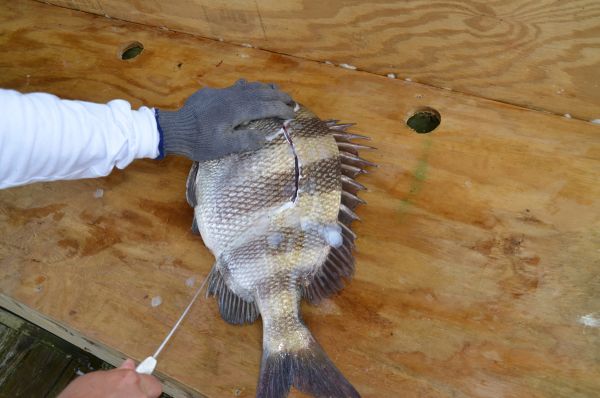 2.) Make an arching second cut beginning at the first cut just above the lateral line backwards and then downwards to the anus of the fish. 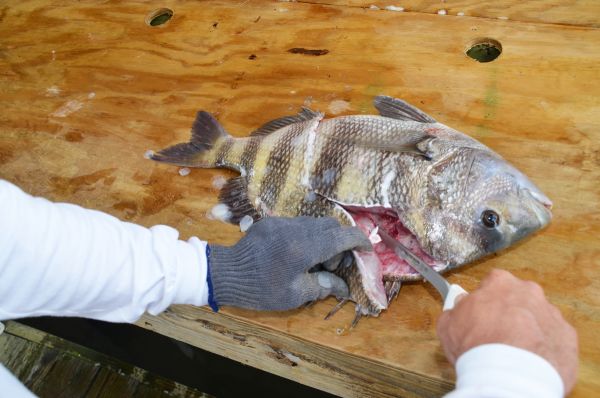 4.) Beginning at the front of the fillet, cut any remaining points where the fillet is attached to the frame of the fish. 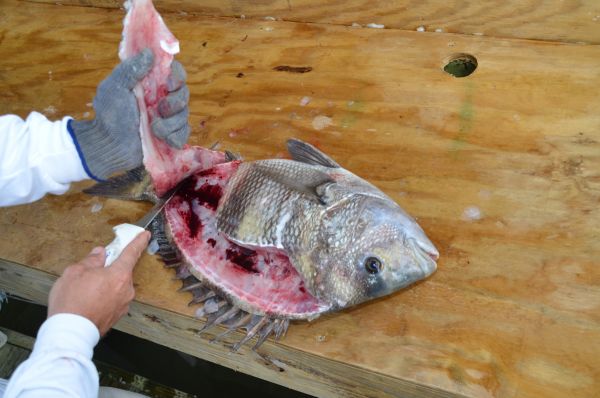 5.) When the fillet is completely free, cut through the tab attaching it to the tail and set the fillet aside. 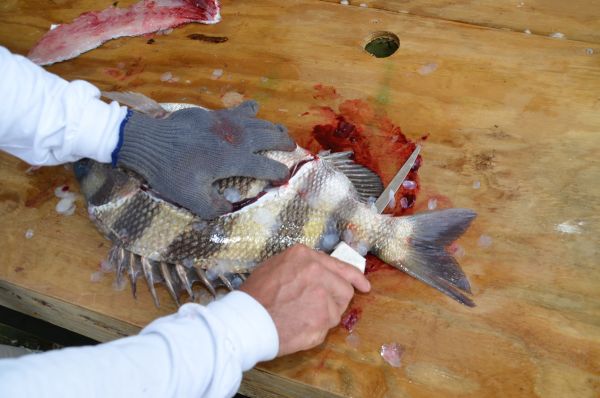 6.) Repeat the first two steps on the second side of the fish, except that the skin tab holding the fillet to the tail should be cut through on this side. 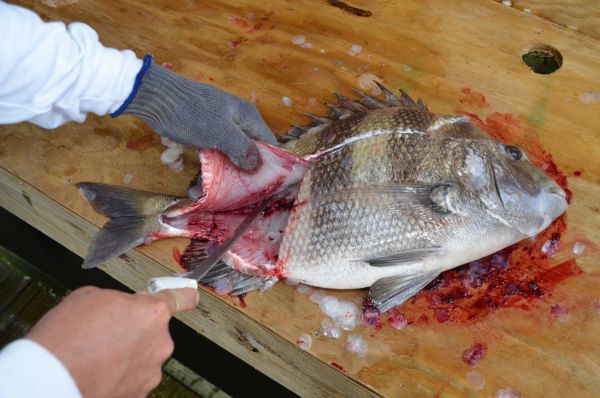 7.) Beginning at the tail on this side, cut loose any points where the fillet is still attached to the frame of the fish. 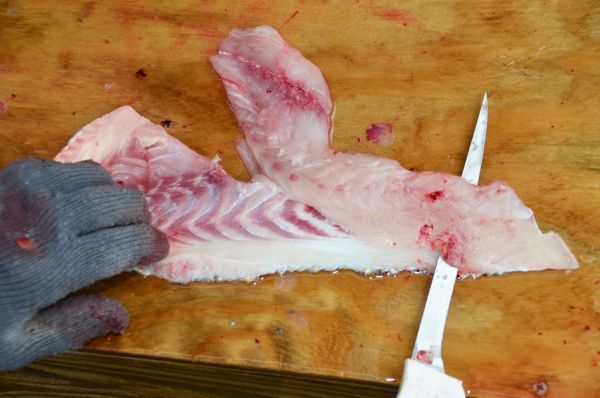 8.) Lay the fillet, skin side down on the cleaning surface and hold it in position with the tips of the fingers on the tail end of the fillet. With the knife in the other hand, cut the fillet loose from the skin just above the skin so the red flesh stays on the skin. 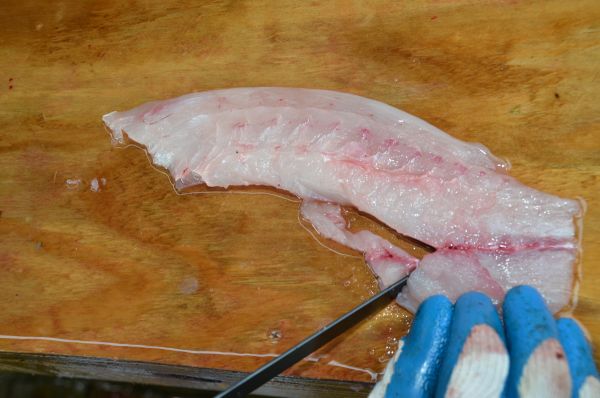 9.) Cut and discard a small wedge from the fillet along its lateral line to remove the pin bone. Repeat the steps for the other fillet.