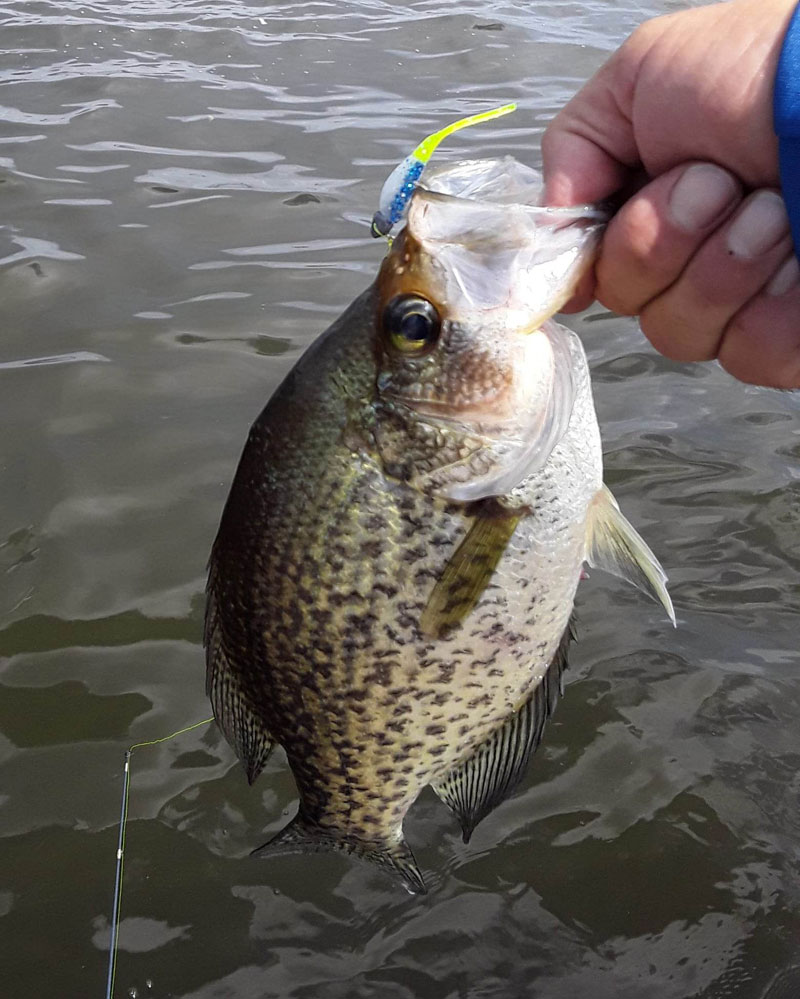 Natural Forage Baits are in demand by crappie fishermen and, more importantly, crappie, as owner J.R. “Beau” Davidson knows very well. Davidson reckons at least 80 percent of the fishing guides who frequent the lake and target crappie use NFBs, particularly the T-Shads. Jack Hains, Damein Clements and Shane Johnson, to name a few, are among those fishing guides.

At first, Natural Forage Baits soft plastics were sold at many stores and bait shops around Toledo Bend. That got to be too much for the family business.

Davidson said the NFBs, which include soft plastic artificials for bass fishing, also are sold online across the country. Otherwise, the focus is on keeping the shelves and racks stocked at the Tale Chasers store in Zwolle.

“We get our hands full during the crappie season with all the guides and stuff,” he said. “It’s more than we can handle.

Born and raised in Welsh, Davidson first worked as a land surveyor, a job that included surveying the entire Atchafalaya Basin. He later began working in aerial photography. Unfortunately, a serious health issue from an accident in 2010 on a plane over New York City forced a medical retirement. Davidson and his wife, Jana, and their son and daughter eventually relocated to Zwolle. 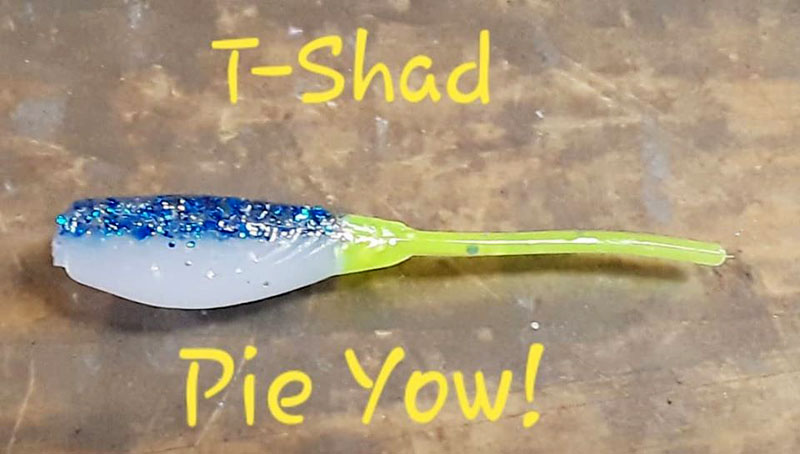 Two years later he and his wife started pouring their own soft plastic crappie jigs. Natural Forage Baits kicked off in 2015, he said, proudly.

When there’s a large demand to meet, their son, Cade Davidson, 22, drops by Tale Chasers, where they pour and bag the soft plastics, to “help us out,” Davidson said.

He has a great relationship with the store owners.

“I grew up with them and went to school with them down south,” he said.

Davidson fished for bass mostly when he grew up and still does at Toledo Bend. He gives a slight edge of preference to bass fishing over crappie fishing.

And he uses his own T-Shads and Phat Shads. Favorite colors? The most popular colors are Pie Yow (blue/white with a chartreuse tail), Magic Shad, Gold Digger, Golden Snot and Monkey Milk.

Of course, he gets orders for custom colors and he welcomes them.

“We do a lot of custom work. People want their own colors,” he said, noting it breaks up the monotony.

On T-Shads he’ll try to use a 1/32-ounce jighead, but it depends on the wind.

And he doesn’t use a cork.

“We typically swing the jig over brushpiles and let it fall back toward the boat,” he said.

NFBs are injected with anise oil when they’re poured and have more anise oil added to their bodies before getting bagged, 20 pieces for a regular pack or 100 pieces per bulk pack.