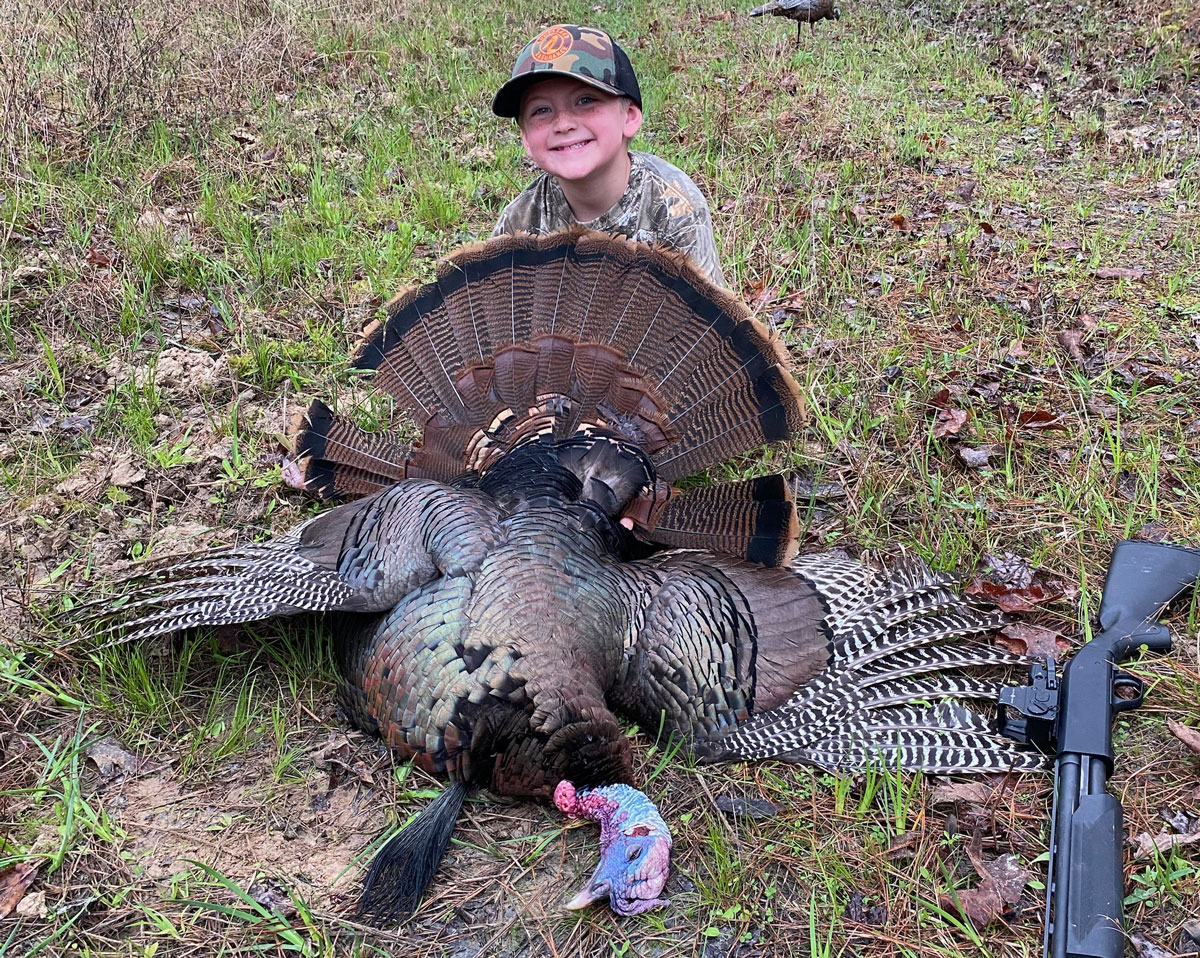 Hayden Johnson comes from a family of turkey hunters. For the past three years, the Johnsons have established a tradition whereby 7-year-old Hayden, his father, Michael, and his grandfather, Mark, trek into the woods on the first day of youth turkey season and emerge with big smiles and a respectable-size tom.

Just before daylight on opening day, the Johnsons, who live in Union Parish, La., but have a hunting camp in Jackson Parish, crept through the trees to their blind. They’d already scouted the area for turkey sign and had placed their blind a few hundred yards from what they thought to be the roost of a big tom.

The three huddled in the blind as the sun came up, sharing in the anticipation of the first hunt of the season.

“It got daylight, and we never heard (the tom) gobble,” Michael Johnson said, “so we decided to sit down and call and wait.”

After an hour-and-a-half of waiting, they had neither seen nor heard anything from the tom and were worried that Hayden Johnson’s opening day winning streak might be broken.

Suddenly, a tentative gobble erupted beyond the trees ahead, and in an instant, the mood inside the blind swung from creeping disappointment to electric. Without a sound, the turkey had followed their call for a hundred yards, and by Michael’s estimation, was within a hundred yards of their blind — halfway there. He’d gobbled on his own, and he was coming.

“So we got my little boy ready,” Michael Johnson said, “and (the turkey) came in like he was on a string,” Michael laughed.

The tom continued toward the blind. When it was 25 yards out, Hayden Johnson shouldered a .410 shotgun and took careful aim. He squeezed the trigger, the gun fired and the tom fell.

The three Johnsons were ecstatic.

“We call Hayden a lucky rascal since he’s gotten a turkey on opening weekend the last three years in a row,” said Sarah Johnson, Hayden’s mother. “He loves turkey hunting more than anything else.”

The Barnett HyperTac 420 crossbow packs a wollop in a compact package. […]