So we researched the archives of LouisianaSportsman.com and came up with the 5 best-read stories of the year.

Pickle Wheat may be new to viewers of the History Channel’s series Swamp People, but she’s definitely not new to the art of alligator hunting.

Wheat, 25, is a new addition to the 12th season of the show, which focuses on a set of alligator hunters whose French-Canadian ancestors settled in Louisiana’s Atchafalaya Basin in the 18th century.

Her family has a long history of hunting alligators, and she’s one of just a handful of women who have been featured on the show. 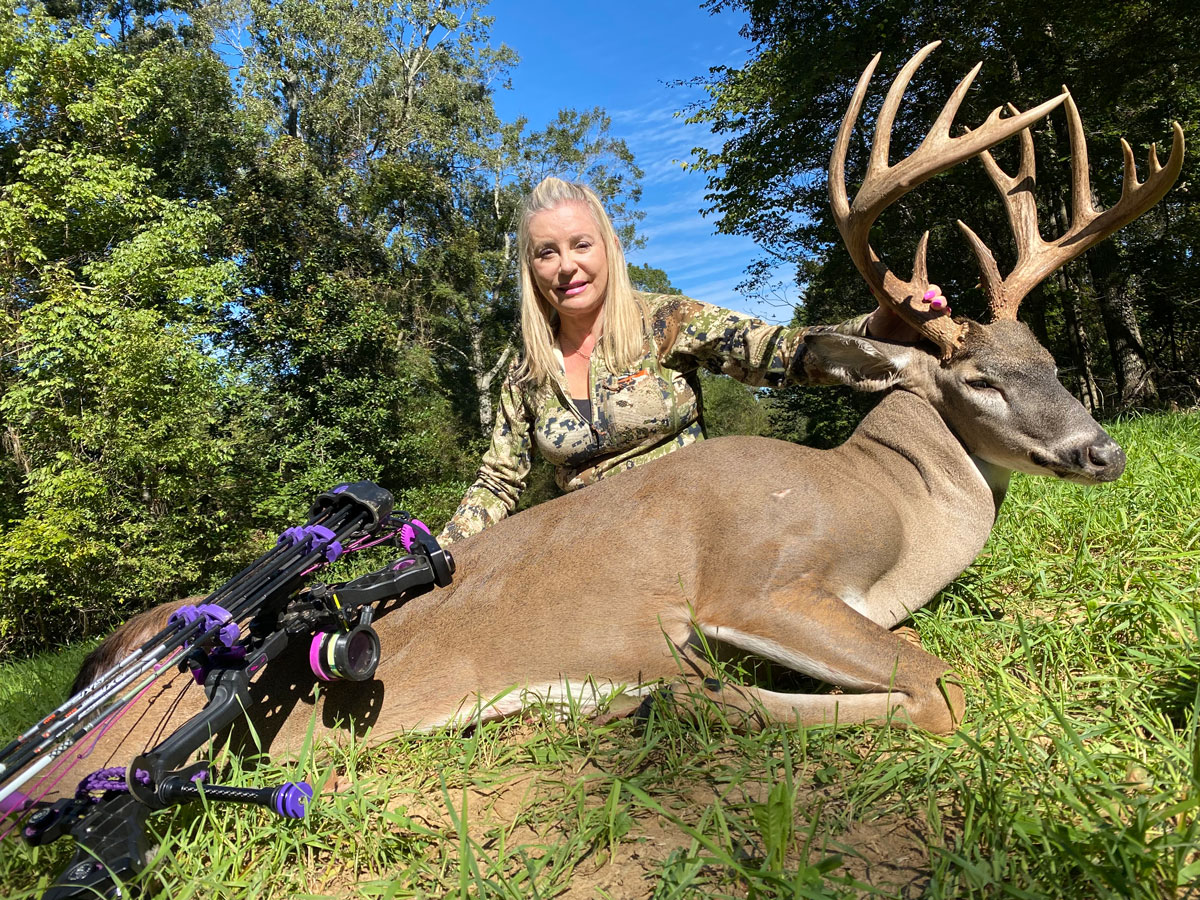 Becky Nicosia of Baton Rouge climbed into her 20-foot ladder stand about 2:30 on Oct. 16 and settled in for an afternoon hunt on land she owns in Adams County, Miss. She knew a big buck, nicknamed “Megatron” was using the area, but she hadn’t gotten a shot.

Several does came into view at the edge of her food plot and started browsing.

“I saw a few does and then saw Megatron come out and start walking towards me,” said Nicosia, who shoots a Mathews Chill SDX with a peep sight and one pin. She uses a rangefinder to range shots around her stand and mentally marks her kill zone at 30 yards.

“Megatron got within range, but suddenly turned and started walking away. He looked back for just a second and I let the arrow fly.”

Nicosia shoots Easton Axis arrows tipped with 100-grain Wasp broadheads. Her shot hit home, and the buck ran about 50 yards and piled up.

Houma resident Nick Price has caught and cleaned plenty of catfish in his life, but none of that prepared him for what he found when he started cleaning two of his Dec. 12 catches.

“The first thing I did was take out my phone and started taking pictures,” he said. “My hands were all dirty still, but I grabbed my phone and texted my dad and a few other people.”

His dad and uncle have been fishing for 50 years and said they’ve never seen anything like it – between each of the catfish bellies were a momma duck and her babies.

When Hannah Odom, a 17-year-old senior at Delhi Charter School, dropped a trophy buck in his tracks at 186 yards, what did her dad, sitting with her and watching it all take place, do?

“I hugged her and teared up,” said her dad, Josh Odom, who works for a pipeline transmission company.

The buck was one that had been on trail cameras starting in August. The Odom’s belong to a 700 acre hunting club in Madison Parish. The box stand on which the pair were sitting overlooks food plots to the east and west with a thick CRP to the north and a stand of hardwoods to the south. The food plots are planted with rye grass and a wildlife mixture to attract deer.

“We got on the stand around 3:00 the afternoon of Dec. 17 and got settled in with Hannah in one chair and me in the other,” Odom said. “Along about 4:00, we watched three does come out of the CRP and crossed a food plot without stopping to feed. I ranged the distance at 186 yards.”

The pair began hearing noises coming from the CRP, the sound of bucks clashing antlers with some grunts added in.

The escalating feral hog problem in Louisiana is out of control. In northeast Louisiana, deer hunting is suffering from wild hogs in areas where sounders of 20-30 hogs can tear up an acre of woods or more overnight.

But one big feral hog, named Mr. T because of the prominent mane on his back resembling the haircut of Mr. T from the old “A Team” television show, will cause no more problems. A local hunter shot the nearly 300 pounder recently while deer hunting near Marion.

Matt Talbert, a City Councilman in Sterlington, was hunting on the Struttin’ Buck Hunting Club when the big hog made a rare daytime appearance – barely.

“I had been deer hunting all week and hadn’t shot anything,” Talbert said. “I have an app that tells me when it’s about to get too dark to shoot and it said 5:32. It was almost 5:30 and I was gathering up my stuff when a big doe walked out. I picked up my binoculars and looked at her, hoping a big buck would be behind her. I was looking when the top part of my lens just went black. I adjusted them and thought at first it was a bear, but it was a huge hog. I stuck my Winchester Model 70 out of the window and by now it was 5:32. I could still see it good and I shot. It dropped right where it stood.”

Paddle up a winter redfish

A big, winter redfish can be a real opportunity — and a challenge — for kayak-bound Louisiana anglers this month. […]

Don’t even think about ever dry-firing a bow

A list of the dos and don’ts of bowhunting, the more common causes of archery mishaps and some expert advice for avoiding an accident. […]