Pickle Wheat may be new to viewers of the History Channel’s series Swamp People, but she’s definitely not new to the art of alligator hunting.

Wheat, 25, is a new addition to the 12th season of the show, which focuses on a set of alligator hunters whose French-Canadian ancestors settled in Louisiana’s Atchafalaya Basin in the 18th century.

Her family has a long history of hunting alligators, and she’s one of just a handful of women who have been featured on the show.

Wheat and her brother James were raised in Poydras, La., by her parents Eddie and Missie Wheat. Her great grandfather was one of the original alligator hunters in the St. Bernard Parish area, and she’s been accompanying her dad on hunting trips since she was a young child.

“Growing up around Plaquemines Parish, everyone hunts and fishes down there,” Wheat said. “Most of my hunting growing up was with my dad and my brother … we were the three amigos. Alligator hunting was always kind of a part of growing up. I think when you’re around it your whole childhood you’re just used to it. I was bred into this lifestyle. My dad’s grandpa was well known for hunting and trapping alligators. I came from a long line.” 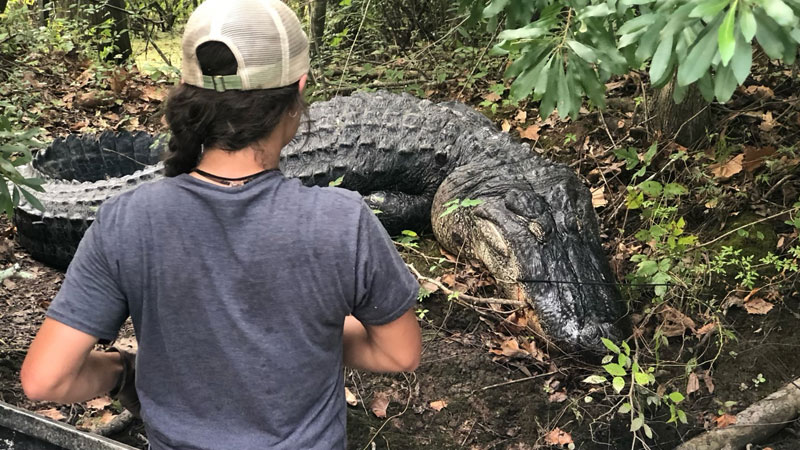 Pickle’s real name is Cheyenne Nicole Wheat. She laughs when she describes how she got her nickname.

“My nickname came from my daddy,” she said. “My middle name is Nicole and when you say ‘Cheyenne Nicole’ enough it starts to sound like ‘shiny pickle.’ I got obsessed with pickles from a young age.”

So obsessed, she said, that she used to eat them in large quantities and even got sick once from doing so.

“There were pickles all over the Save A Center meat aisle,” she said.

Wheat’s family ties with Ronnie Adams and Troy Landry, two Swamp People cast members, were her connection to getting on the show. 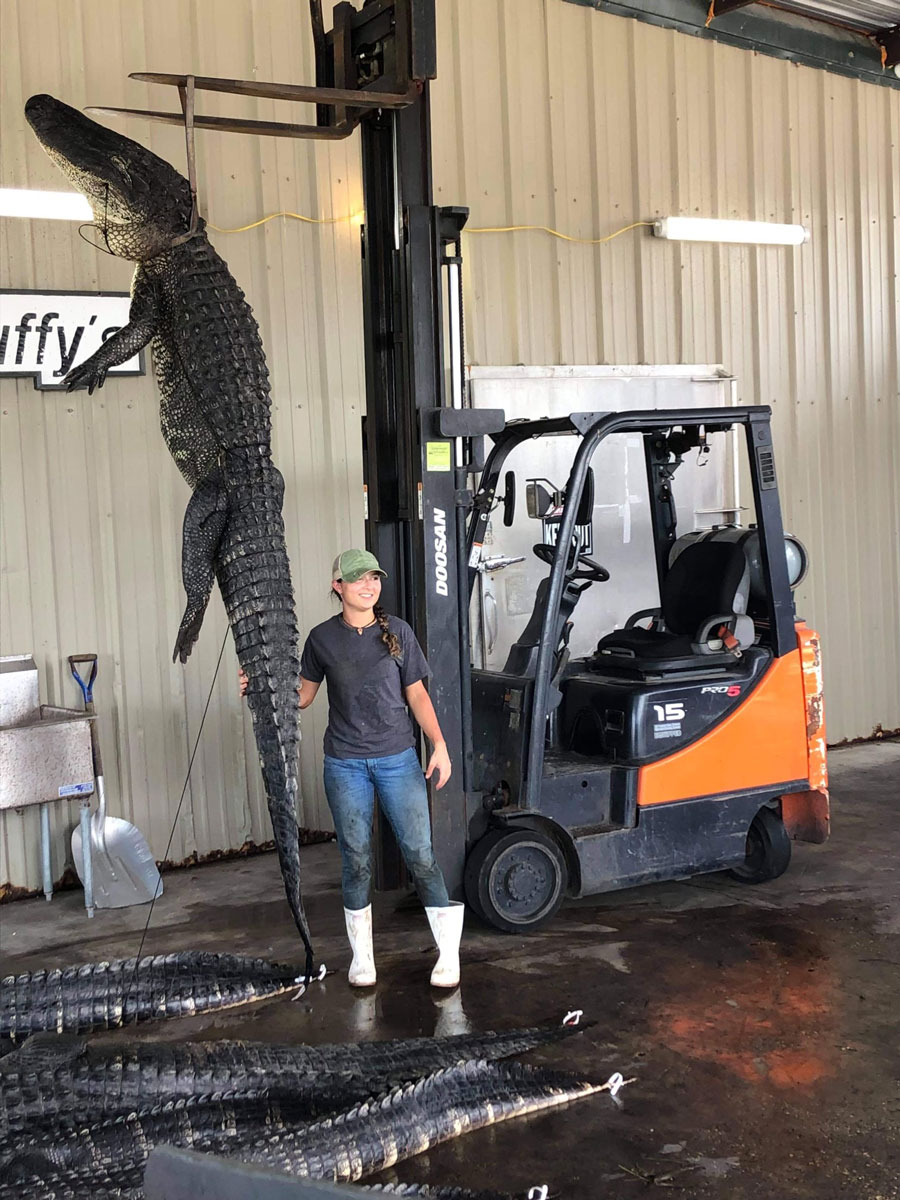 “Mr. Troy is like my second dad … we’re very close. The show was looking for new cast members, and they came and fell in love with me and the family,” she said.

The show’s current season, which started to air earlier this year, was filmed in August 2020.

“The camera adds a different element to everything that you do, but it was fun and I picked up on it really quick,” Wheat said. “In high school I did a lot of live theatre, so I think that took a lot of my nerves away.”

Wheat said filming the show was a blast.

“We had more fun than what was allowed,” she said.

Over the course of filming, Wheat picked up on some alligator hunting tips.

“What I learned is what Mr. Troy teaches,” she said. “I find the alligators enjoy the rotten chicken a lot more that fresh, and I like to hang bait on top of water in a more natural way.”

As far as eating the alligators she hunts, Wheat said she’s made strides in that area as well.

“I never liked it, but it’s because we’ve been cooking it wrong,” she said. “Mr. Troy and his whole family eats a lot of alligator and they taught me that there’s different parts of the meat you cook with different dishes.”

Cheek meat, for example, is better for frying and quick meals, while the tail and legs should be used more for stews and sauce piquantes that will cook for a longer time.

And while Wheat hasn’t heard anything yet about future seasons of the show, she said she’s open to appearing on the series again if the opportunity presents itself.

Swamp People airs on Thursdays at 9 p.m. ET on History.