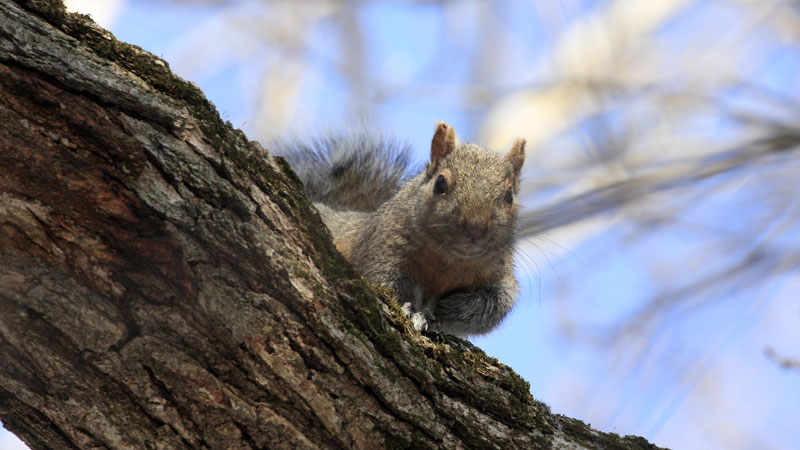 There are squirrel hunters who hit the woods a couple times each season and knock down a handful of tree rats. And then there are those who are just eaten up with the sport.

Jeffrey Wood falls into the latter category: The man just can’t get enough of it.

“I find it a challenge to sneak up on and call up squirrels with a squirrel call early season,” Wood said. “When I was a kid, my dad would take us squirrel hunting. That was the main thing — we hunted still and with dogs.”

The hunter owns Etehoma Creek Kennels and now produces his own line of calls under the name Swamp Boys Custom Calls, and spends upward of 100 days every season in the woods — and trains squirrel dogs almost every day of the year.

Here are his tips for getting the most out of the early season:

Wood never goes into the woods without spraying down with Sawyer permethrin tick and mosquito repellent, but it’s heavy-duty stuff that shouldn’t be sprayed on your skin.

“I spray my clothes with this a few days prior to going hunting,” he said. “Never spray your skin — only your clothes.

October can be nice and brisk, but it also can be fairly warm. And that means snakes can still be out.

So Wood said he wears a pair of good snake boots.

“The first of squirrel season, snakes are out in full force looking for squirrel and other small rodents,” he explained.

You don’t want to make a step and get a nasty surprise.

While stalking can be productive, sometimes the best strategy is to find a den or feed tree and just wait for squirrels to come to you. And a dove stool helps ensure you can endure the down time.

“I use a dove stool for sitting long periods of time while watching and waiting on squirrels feeding on acorns and hickory trees,” Wood said.

Stalking is easier if you actually have an idea where a squirrel might be in the dense cover of early season.

“I use these calls while sitting still watching acorn flats or hickory ridges,” Wood said. “When I have a squirrel answer my call, I start slipping closer to get a shot.”

Because trees have yet to lose their leaves this month, Wood uses a shotgun instead of a .22.

“I use a 20 gauge or 12 gauge loaded with No. 4 or 6 shot high-brass (shells),” he said. “These loads will penetrate the leaves and get your squirrel.

“When the leaves come off later in season, I will use a .22 loaded with 40-grain solid-tip bullets like CCI mini mags.”