I grew up squirrel hunting, but one thing I didn’t learn was a way to clean squirrels that didn’t end with picking hair off the carcasses.

My dad taught me to cut a hole in the back of a squirrel’s hide, stick my fingers in the hole and pull in opposite directions — the same way rabbits skin out.

The problem is that squirrel hides are much tougher than that of rabbits, so it’s almost impossible to follow that method without hair tearing off and getting all over the meat.

My father-in-law Jean Fairchild, who is a squirrel-hunting fanatic, laughed at me (just before he told me I didn’t know anything) when he watched me tugging at a squirrel.

Instead, he uses a method that’s much quicker and results in not a hair on the carcass.

I haven’t squirrel hunted much in years, but I was reminded of my pop-in-law’s technique when hunting with Keith LaCaze last month.

Here are the steps to easily, quickly and cleaning snatching the hide off of a squirrel.

1) Place legs of squirrel in squirrel skinner, with back facing outward. 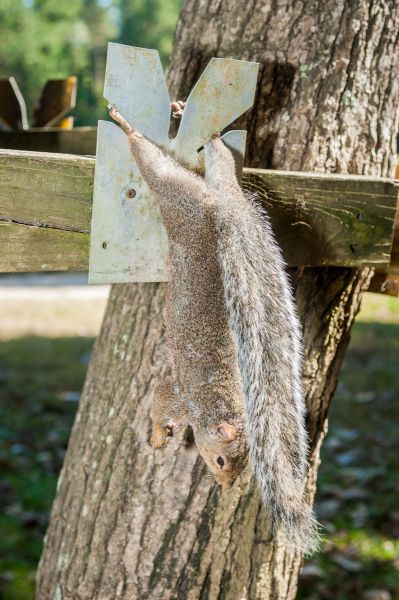 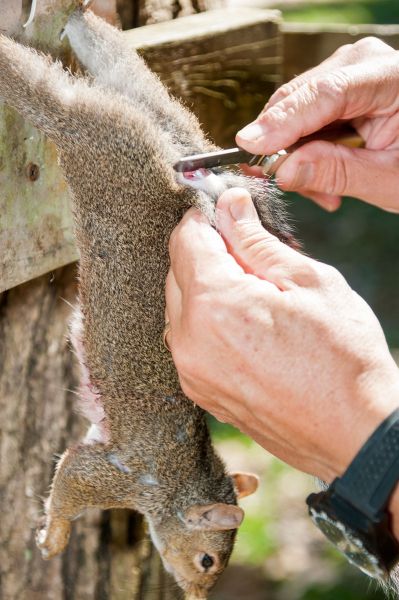 3) Carefully skin down the back of the squirrel a few inches. 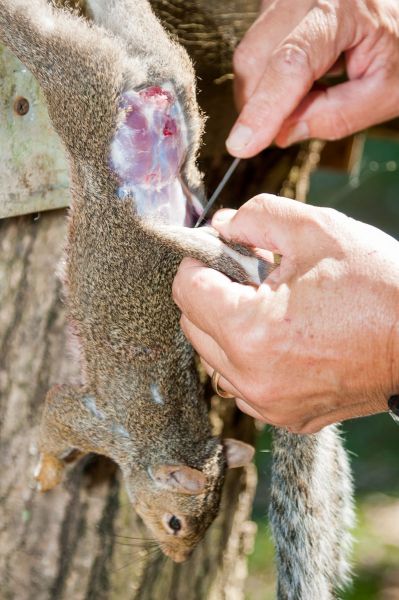 4) Step on the tail of the squirrel, hold the back legs and pull upward. The front portion of the hide should pull down past the front legs. 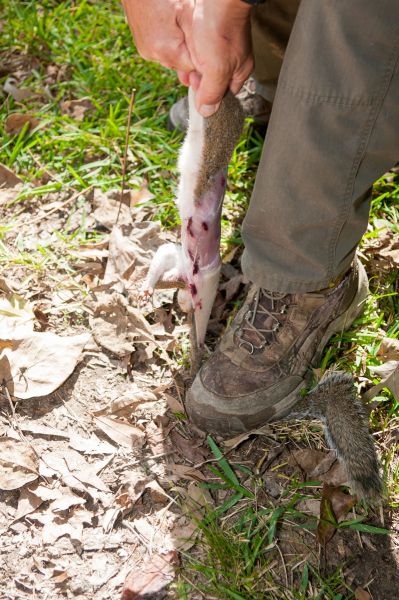 5) With the tail still beneath your foot, grasp the tag of skin still attached to the belly and pull upward to pull the rear portion of hide past the squirrel’s rear legs. 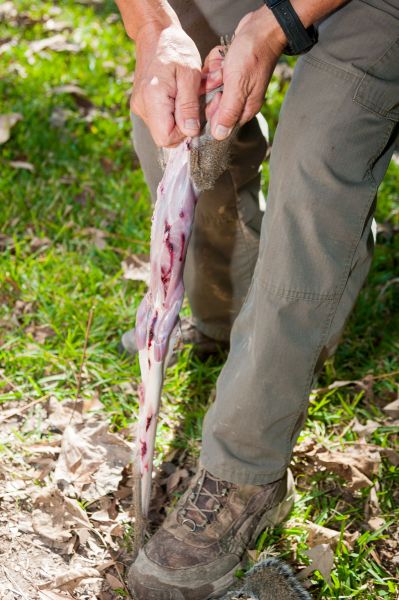 6) Pull hide as far down the front and rear legs as possible. This will also expose most of the head (if you want to keep the head). 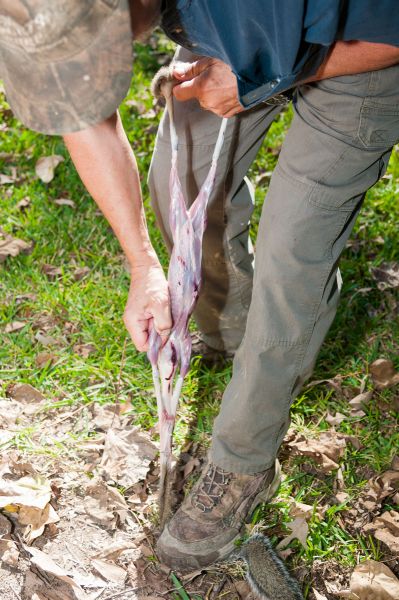 7) Place squirrel back in squirrel skinner or hang on a nail, and gut the carcass. Then clip the legs with a pair of pruning shears. 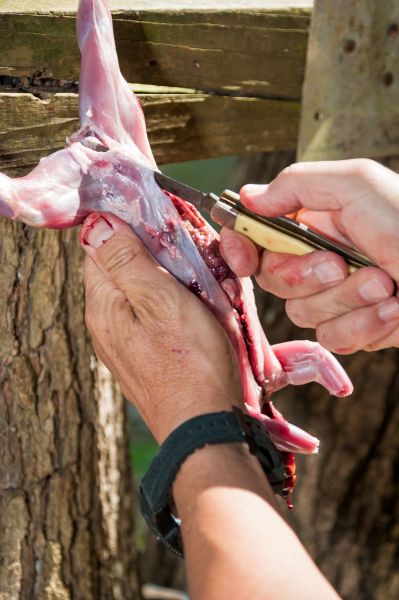 Most hunters have loops hanging off a tree or post to use to hold a squirrel while skinning and cleaning, but I had never seen what Keith LaCaze and his buddies at The Bird Camp Hunting Club use. 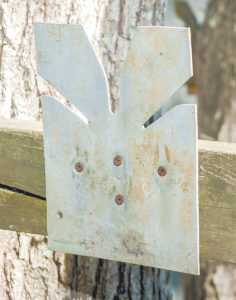 It’s a simple square of metal with three tapering slots, and it really makes getting the job of cleaning a squirrel under way a breeze.

Just slip the squirrel’s back legs into the outside slots, with the back facing out. Pull the legs as far into the slots as they will go, and you’re ready to make the cut at the base of the tail, which is the first step in skinning the squirrel.

You also can put the squirrels hind legs back in the slots before you cut the rear feet off to hold the carcass while gutting it.

The squirrel skinner can be made by anyone who knows how to work with metal, or you can go online and purchase one at www.huntershelper.com/tools.shtml.

Another black eye for the pogie industry off the Louisiana coast — an abandoned net full of dead fish was left just off Holly Beach. […]