Lane Cox, 27, who works for Irrigation Mart in his hometown of Ruston, had a decision to make. He knew of two trophy bucks hanging out on the Winter Quarters club in Tensas Parish where he is a member. So how did he decide which buck to hunt on the afternoon of Nov. 23?

“I flipped a coin – heads for one buck we had named ‘Picket’ because his antlers resembled a picket fence; tails for the other good buck,” Cox said. “The coin landed on heads so I headed for my box stand where I had a feeling Picket was hanging out.”

“Picket” had been sporadically showing up on trail cameras; he would be in front of the cameras for a day or two and then disappear for a week or so.

“Last year, the buck was not on any of our member’s ‘hit list’ because of a broken tine and a big dagger point coming off the base,” Cox said. “This year, he had gained probably 20 inches of mass and became a target buck. We thought he was maybe the biggest one on Winter Quarters, he or a buck killed by my uncle, Jack Cox, earlier.”

Setting his sights on Picket

Although Cox was aware of the buck’s potential during bow season, he hunted elsewhere and didn’t hunt Picket. Instead, he concentrated on the one his uncle killed. Cox said he had to regroup and try and figure out the best way to have a chance at Picket.

“There was a stand overlooking a field with a smaller field behind the stand,” he said. “With the weather cooling down and a favorable moon phase, I decided to hunt that stand the afternoon of Nov. 23. I was feeling good and actually had a gut feeling this might be the day I’d have a chance at Picket.”

Getting on the stand around 3 p.m., Cox immediately began seeing deer come out in the field. As the afternoon began to fade, he felt that at any moment the buck might step out of the tall grass where he might be bedded.

“At 5:20, I looked and there was a deer standing at the edge of the tall grass at 160 yards,” Cox said. “I picked up my binoculars, saw the extra tine between the G2 and G3 and said to myself I can’t believe it’s actually him. I got him in the scope of my Christensen Arms 7 mag, hit the trigger and he dropped on the spot. 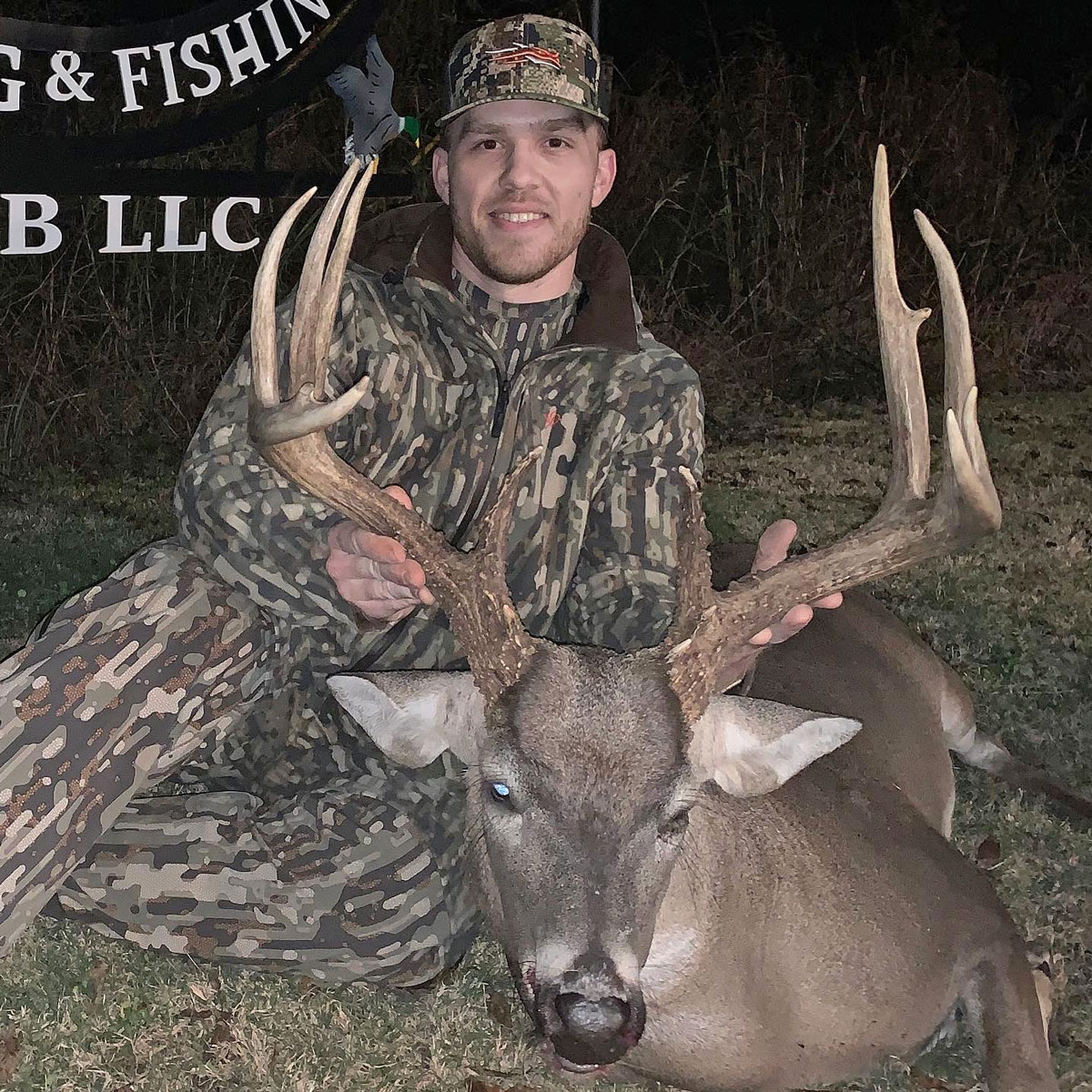 “I texted my uncle who was hunting on a stand some 400 yards away and I sent him a one-word message – ‘Picket’.

Thanks to a favorable coin flip, Lane Cox was able to have a successful encounter with an elusive buck named ‘Picket’.