Humphrey, a hunter from Atlanta, Texas, has been visiting Bodcau WMA in Bossier Parish near Serepta for the better part of 10 deer seasons, and on Nov. 10, he killed a buck that will keep him coming back for more.

The big brute, weighing 193 pounds and aged by a taxidermist at 6 ½ years, made the mistake of stepping out 400 yards down a utility right-of-way that morning, in the company of a doe.

It was a fatal mistake, and now Humphrey has a 174-inch trophy to admire.

“I have hunted Bodcau for the last 10 years, and I’ve seen some big deer there,” he said. “Every weekend I’m home, when the season is open, we’re over there camping.

“This friend of mine, an older man — he’s passed away now — he got me started hunting Bodcau. This area was one of his secret spots; he put me on it.”

Humphrey was hunting far enough back in the WMA that he didn’t even carry a portable stand with him, opting to hunt from the ground. He was back along the edge of a right-of-way, standing up against a big tree, watching a long stretch where he’d found four good deer crossings.

“There were a lot of scrapes and rubs in this particular area,” he said. “I was set up about 350 yards from a bayou. It was a cool morning; I knew it would be a good morning to hunt.”

Humphrey saw 17 deer between daybreak and 9:22 a.m. That’s when he saw the buck.

“I was watching two crossings by the bayou, and I took my eyes off them and looked down the other way,” he said. “When I turned back, he was out there, on the other side of the bayou, with the sun shining off his horns. That’s all I could see: that big, wide left antler.”

Humphrey had figured the bayou at 300 yards distant, so when he took a solid rest on the side of the tree, he guessed the buck at 350 yards. He raised his 7mm Mag, with a 4×12 Nikon BDC scope and put the appropriate sighting dot on the buck’s side. 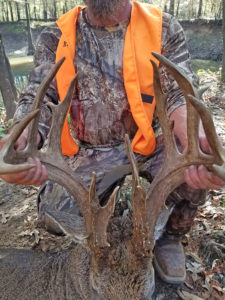 “I had the gun sighted in at 200 yards, and it drops 17 inches at 400 yards,” Humphrey said. “I aimed over the top of his back, but the first shot was a total miss. He didn’t move, look my way, flinch — anything. The noise didn’t bother him or the doe he came out with.

“I raised up one more dot on the scope, shooting the 500-yard dot, and I squeezed one off. I heard the bullet’s impact, and he jumped up and buckled and cut out of there. He jumped straight up and went back in the woods where he came from.”

Humphrey waited 45 minutes before he started toward the buck’s trail. A friend, Robert Cornett of Mira, La., joined him soon thereafter, and the two got on a blood trail that was easy to follow. And follow it they did, for close to 300 yards.

“I couldn’t believe one could go that far, bleeding that much. Blood was coming out of him both sides,” he said. “He made a full round through the woods. At one point, I think we did jump him, but we backed off and just eased through the woods.

“We came all the way back to within 50 yards of where I shot him, and we heard something in the water. He’d gotten up on the bank on the opposite side of the bayou and was getting out, and I put another one in him. He did one death kick, then he slid off the bank.

“Now this bayou was 20 feet deep, and I knew I couldn’t swim it. Cornett, he got in with his overalls and everything on and got him up on the bank. I still didn’t know how big he was. He counted and said, ‘Donald, he’s got 18 points.’ I got going and took off back down the bayou to where I’d crossed, about 150 yards, and when I got there, he said, ‘No, he’s got 20 points.’” 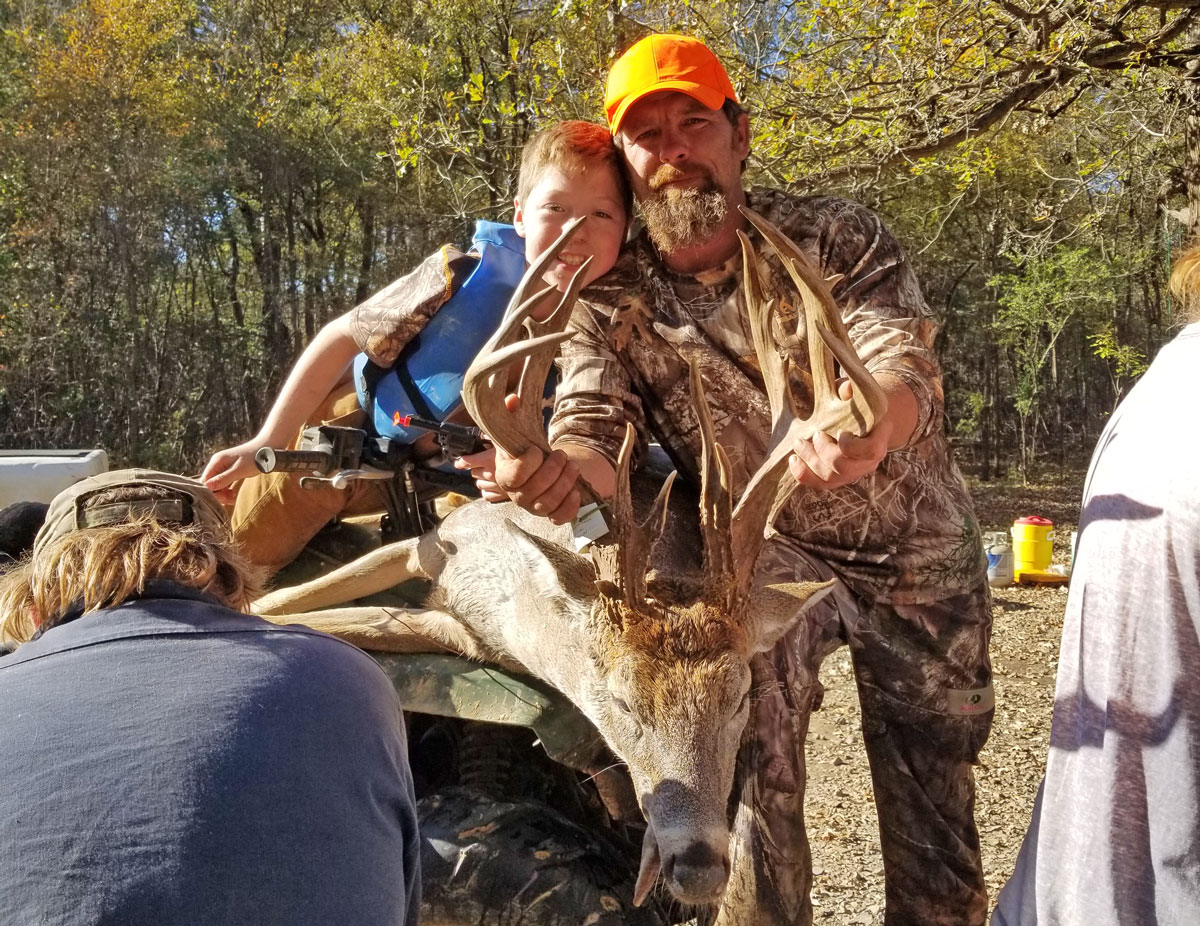 The buck actually had 16 scoreable points. The rack was extremely heavy, with base circumferences better than 6 inches, and the circumference between his second and third points at 7 inches. The rank had a 5×5 main frame with split brow tines on both sides and a handful of sticker points. Only 15 inches wide, the rack is a tall one; Humphrey measured 17 inches from the tip of the tallest tine to the base of that antler. The rack has been green-scored at 174 inches.