The Louisiana Sportsman Show scheduled for March 14-17 will provide an even greater focus on the latest boat offerings.

The Sportsman Boat Show, sponsored by Neighbors Federal Credit Union, is being held at the Lamar-Dixon Expo Center in Gonzales in conjunction with the Sportsman Show. It will include more than 20 boat dealers in a dedicated 75,000-square-foot building, including brands never before at the show.

“I think it’s safe to say that every major boat line and outboard manufacturer will be represented,” show organizer Jack Fisher said. “So you don’t have to drive all over the place to compare what’s out there;  you can simply walk through the Louisiana Sportsman Boat Show to look at all the features available in the current models of boats.”

The show will include dealers’ offerings for both freshwater and saltwater fishing applications, but that’s not all.

“We’ll also have a full range of duck-hunting boats, along with kayaks and pontoons,” Fisher said. 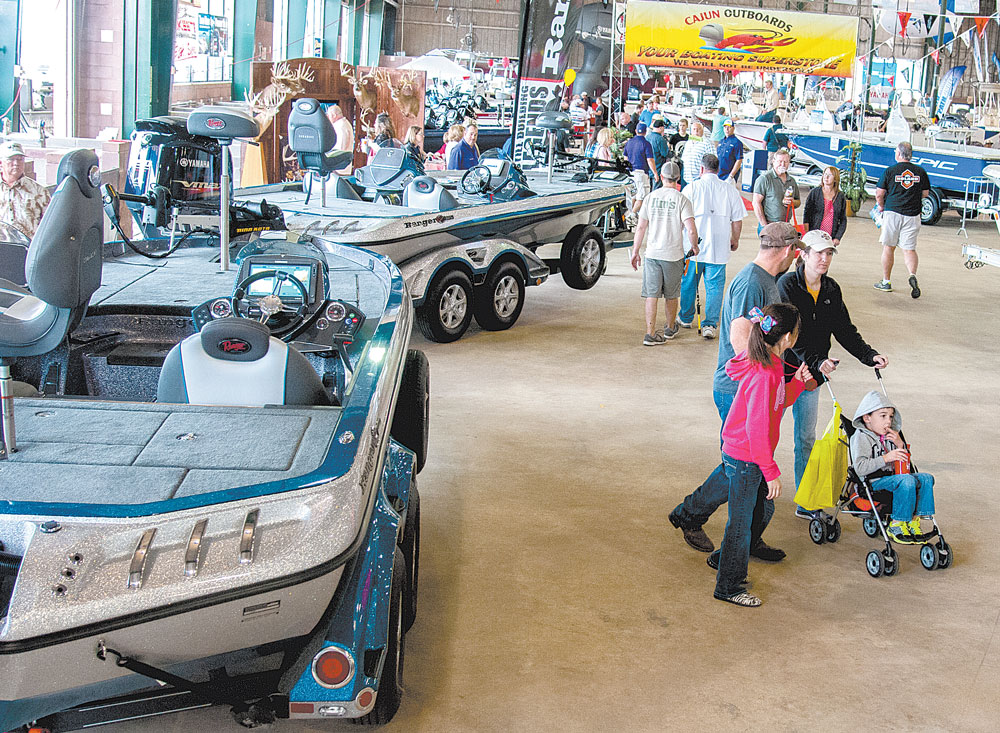 “This way, you can check out all the boats, but move back and forth to the main show to see what fishing tackle and hunting accessories are available,” Fisher said. “You also can check out all the special events, like the Louisiana Sportsman Big Buck Contest, the 40-foot Fetch-N-Fish Tub and Splash Dogs.