Most certainly, the passion Louisiana anglers possess for fishing speckled trout is probably only second to the fervor associated with LSU football.

Anglers statewide most always want a win with speckled trout, which means catching good numbers of these popular fish — and as many quality trout as can be taken.

Such is because trout anglers know that Louisiana’s habitat is second to none when compared to that of our neighboring Gulf states as well as the entire Atlantic coast.

That’s why many anglers were quite taken aback when hearing the results of the recently released 2019 Assessment of Spotted Seatrout in Louisiana Waters.

In inspecting the data, estimates of spawning stock biomass (spawning females) have dropped from a high of 9.1 million pounds in 2008 to an average of 4 million pounds in 2018 — the lowest levels observed in LDWF’s 38 years of keeping data on speckled trout.

At first there was silence and hesitation by the commissioners following Adriance’s presentation, and the commission chairman almost moved on to the next agenda item.

After 15 seconds or so, commissioners began commenting on the presentation, some even offering their own hypotheses on why these data demonstrated such a decline.

After the meeting, anglers began expressing their own comments on social media sites — and these ranged from total disbelief to even inviting biologists to see the many speckled trout they were catching.

Many anglers also complained that they had never been surveyed or checked regarding their catches at the many public LA Creel sites along the coast.

There was much passion expressed in the comments — and understandably so. Louisiana anglers have every right to comment and give opinions since they pay state license fees as well as federal taxes placed on boats and fishing tackle mandated by the Dingell-Johnson Act of 1950.

Just how do LDWF biologists determine the abundance of speckled trout in Louisiana coastal waters?

It is not from the results of dockside surveys conducted by LDWF personnel as many anglers think.

When an angler is questioned by LDWF biologists or technicians at various public marinas, docks and landings (LA Creel), harvest data for recreational landings is collected — not the numbers indicating the abundance of speckled trout.

Simply put, there is no way at all for LDWF biologists or inland biologists anywhere to determine actual numbers of spawning trout in coastal waters. It’s an impossible feat to count every live spawning female, unless the fish to be counted live in an aquarium or a tank.

State marine biologists and universities nationwide rely on scientifically-derived sampling methods, and the LDWF will use gillnets to gather these fish for samples. These gillnets are quite numerous, and they are set in enough locations allowing biologists to obtain a good estimate of finfish abundance. 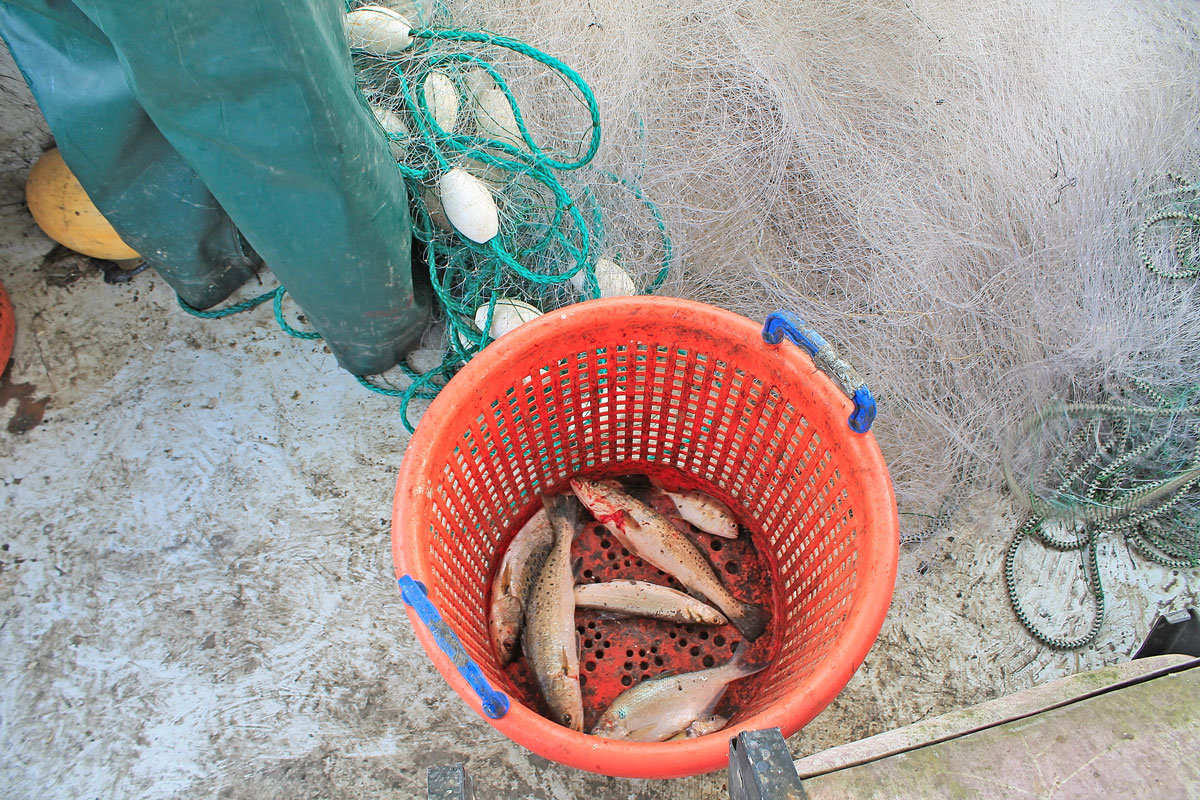 “Our sampling is designed so that we have enough spatial coverage and adequate samples to effectively cover a stock,” Adriance said.

The key rule of thumb is the more gillnets and locations used in stock assessments, the better the estimates of trout abundance.

“For the spotted seatrout assessment, the fishery-independent (objective) indices of abundance used come strictly from the gillnet sampling statewide,” the biologist said.

“There are a total of 972 individual gillnets samples taken statewide in a year (5 mesh sizes in each gillnet = 4,860 samples across those 5 sizes of mesh per year).

There are five coastal study areas (CSAs) biologists use when setting gillnets statewide.

They are as follows:

Biologists typically use a computer program that randomly selects locations in each CSA (Basin) where gillnets are set.

Random selection of locations (sites) in each basin ensures that the data collected is unbiased. If gillnets are only set where anglers tell biologists trout are biting, this would serve to inflate abundance estimates and lead to faulty data indicating trout populations are larger than they actually are.

The number of sites available to be randomly chosen from in each CSA are as follows:

Monthly number of gillnets sampled in each basin

The monthly number of gillnets sampled per CSA are as follows:

Recreational landings (anglers’ catches) are derived from LA Creel surveys — a combination of data gathered through interviews at public fishing areas and from weekly phone and email surveys. Hindcast data of the previously-used Marine Recreational Information Program (MRIP 1981-2013) are aggregated into the data.

LA Creel data is what is termed as fishery-dependent information since it is not objective data like numbers of trout counted in gillnet surveys (fishery-independent data). The information is “dependent” on anglers’ responses — either verbally or in response to surveys.

LA Creel surveys are done at public locations — marinas and landing. Surveys also reach out to anglers via weekly phone calls and by email.

“Also, those anglers that fish in private waters but have a fishing license are eligible to be sampled as part of our effort survey.”

Click here to learn more about the current status of spotted seatrout and potential management changes.