I once tried to calculate the number of trips with fishing guides I’ve taken over the course of my career. As many of you know, I spent 18 years on staff at Louisiana Sportsman, and part of my duties was to produce two feature stories every month.

Although not every single one of those was with a guide, the vast majority were, so assuming 20 feature stories per year with a guide over 18 years, that’s 360 guided fishing trips.

That pace certainly didn’t slow down during the six years I spent at The Times-Picayune, so let’s add in another 120 for a grand total of 480.

That’s a lot of time spent on a boat with fishing guides, and I have a tremendous amount of respect for those guys. For the most part, they’re incredibly hard working, many are excellent fishermen and almost to a man, they get super ticked when they’re unable to produce for their clients.

Viewers of my Marsh Man Masson YouTube channel often ask if they can hire me to take them fishing, and I politely decline because 1) I’m not a licensed charter captain, and 2) at my age, I just don’t want to work that hard. I’ve seen enough to know guides earn every penny they make.

But no profession is full of perfect people, and that’s true of the guide industry as well. There’s one habit among many guides I’d love to see go away forever: Posting pictures on social media of tables loaded with dead fish.

Aside from the fact it’s seen by many viewers as offensive, it’s really just counterproductive.

I still speak regularly with a wide circle of guides, and many complain to me regularly about customers who call and ask when the best time is to go catch a limit. They’ll give them a timeframe, the customers will book and then, when the trip occurs, if all the stars don’t align and they fall short of 25 speckled trout or five redfish per person, the customers get annoyed and feel cheated.

You could simply blame that on over-demanding, unrealistic customers, but every time these guys fish, they return to the dock, dump the fish on a table, take a picture and post it on social media. What kind of clients do they expect to get?

It’s an action that’s common among guides. I’ve discovered, though, that they don’t do this to attract the attention of customers; they do it to impress fellow guides. 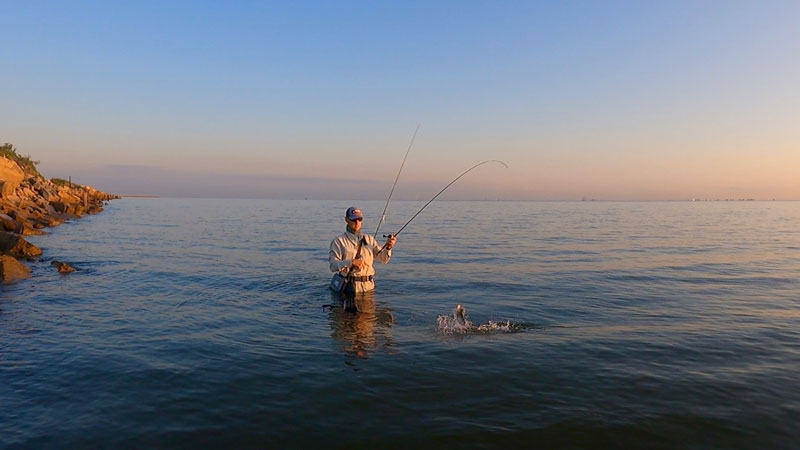 It’s a highly competitive industry, and everyone wants to be seen, especially among their peers, as the best guide in a particular area. Thus the daily pictures of copious amounts of dead fish on a table.

One North Carolina viewer contacted me on Instagram to let me know he had just returned home after a trip to Louisiana. He and his buddies told the guide they wanted only enough fish to cook that night, since they’d be returning home the next day and didn’t want to transport the fillets.

They got on a hot bite, and when they said they wanted to release the rest of the fish, the guide looked at them incredulously, shook his head and said he’d take them. So they stuffed an ice chest with redfish and speckled trout. At the end of the day, sure enough, the guide dumped the fish onto a table to take a social-media picture.

If guides are truly posting to Facebook and Instagram to attract customers, a better strategy is to post pictures of grinning customers holding live fish, still dripping with water, in their natural settings. It’s just far more attractive and appealing.

Guides should be selling an experience rather than a meat haul, even if their customers want to take a few fish home for dinner.

There’s a small but growing number of guides who share this philosophy, and not surprisingly, they have all the business they can handle. Best of all, they attract clients who are satisfied with fewer fish and feel gratitude simply for seeing a coast as magnificent as Louisiana’s.

Hopefully, as Louisiana’s resources struggle to regain their foothold, even more will abandon the “mine’s bigger than yours” daily mindset.