Are big specks making a comeback along the Louisiana coast? And are the thousands of rock jetties being built to prevent erosion attributing to the increase?

It sure seems as though anglers are catching more 7 plus pound fish – many along these rocks.

This newest addition to the Louisiana coastline is worth investigating for any angler who wants to catch a trophy trout because they are very attractive to large specks, who are rather lazy feeders. Specks prefer places where they can remain hidden and safe and have their food served to them which is why these breakwater jetties provide the perfect setup.

So next time you’re looking for a trophy trout, try fishing the rocks. 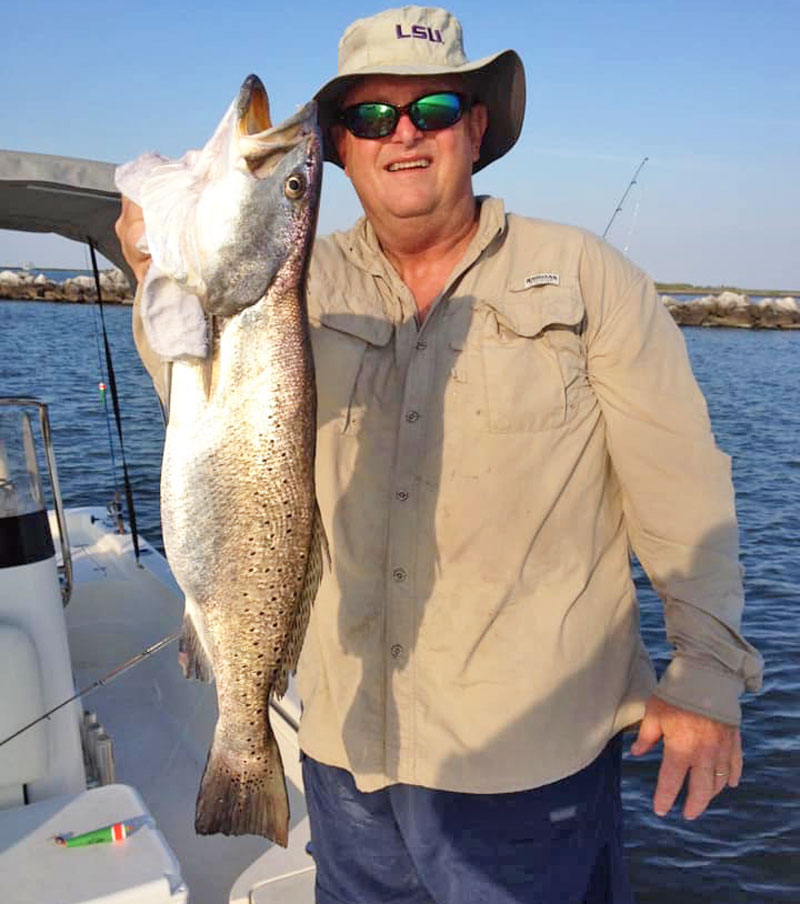 Greg Kleinpeter of Baton Rouge did just that and was rewarded with the 6-pound 11-ounce beauty pictured above. He was fishing the new limestone rocks west of Empire and ran through oyster fields to fish the rock jetties.

“Those structures help hold and provide shelter for spawning fish,” he said. “She had just spawned and could have easily weighed close to 9 pounds full of eggs.”

Greg caught his trophy on live shrimp under a cork.