Bass fishermen might be happy with a few bites in a day, but fishing for bream is about numbers.

And veteran angler Freddie McMullen of Monroe has learned how to up his odds of success.

Here are eight of his tips:

1.) Catching bull bream is largely a matter of finding their spawning beds in the shallows near the lake edge. This is best done early in the spawning season before aquatic plant growth obscures the outlines of the nests. Once the beds are located, male bluegill will use them all season; almost as quickly as some males are removed, others occupy the spots.

Early in the season, the beds are more densely populated, and it is easier to “git on ’em.” Bed fishing later in the season demands more movement because the fish are more scattered.

2.) Be stealthy. Approach bream beds with a trolling motor or paddle rather than a big motor. Don’t bang around in the boat and make noise. 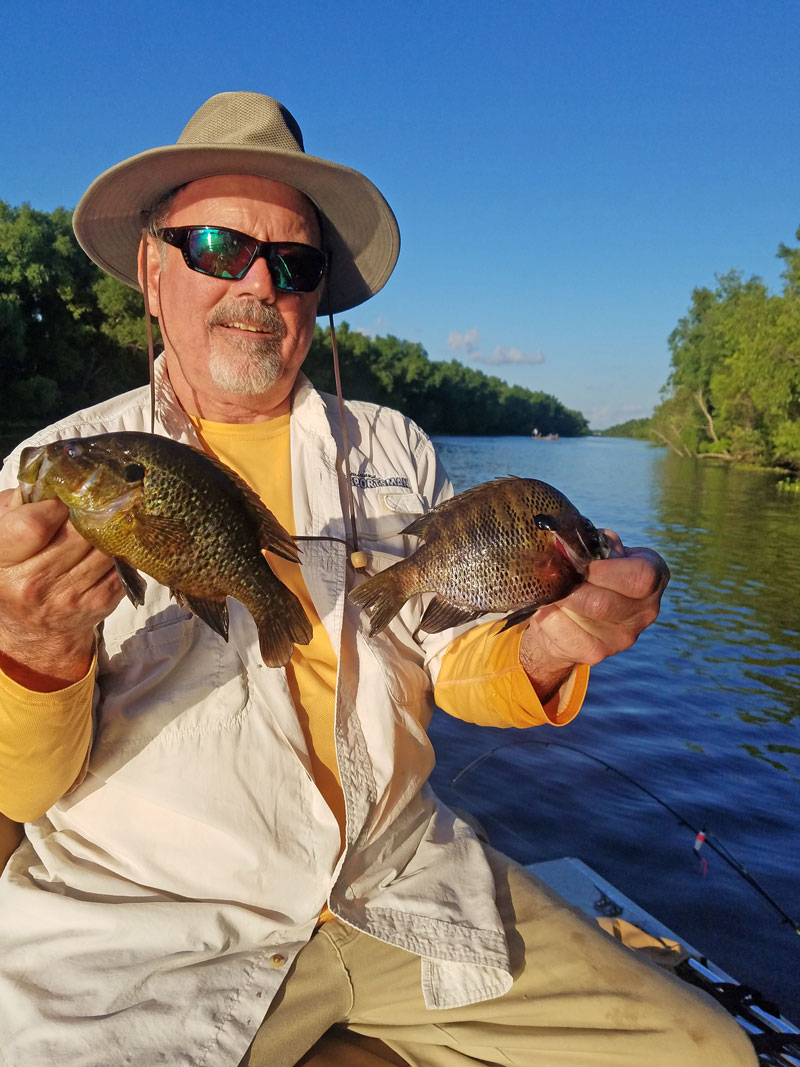 3.) Don’t fish too close to the boat. McMullen said he sees people all the time with cane poles or big reels and heavy line. The fish don’t bite as well because the boat’s proximity scares the fish. You can also cover more water with ultralight rods and reels than with cane poles or heavier reels.

4.)  Keep needle nose pliers handy. Even big, bull bluegills have small mouths, and a swallowed hook is difficult to get out.

5.) Near the end of spawning season, some male bream get what McMullen calls “poor.” They are skinny and run down from fighting with other males for nesting space instead of feeding. Others develop sores on their skin.

McMullen keeps them all. He knows the lesions on scuffed-up fish are only skin deep, and that skinny bream taste as good as fat ones.

6.) Add some kind of moist vegetable, such as potatoes, celery or carrots, to cricket cages. The crickets get both food and water from them that will keep them alive and alert.

7.) McMullen is a big fan of wax worms, partly because they stay on the hook longer. Leftover wax worms can be stored for several months in a refrigerator.

8.) Bream fishing doesn’t have to be an all-day job. Some of the best fishing can take place after 3 p.m., when the heat of the day has passed. Two guys who know what they are doing, McMullen said, can easily catch 60 to 100 bream in an afternoon.

Sign Up Now
About Jerald Horst 959 Articles
Jerald Horst is a retired Louisiana State University professor of fisheries. He is an active writer, book author and outdoorsman.