When I asked Jim Danley if he eats his fish, he grinned like he couldn’t believe I had asked such a ridiculous question.

“Of course, I eat my fish,” he replied. “But I cut all the red off so there ain’t no red meat left on the fish. It gives it a strong taste.

“And when blue catfish get larger than 5 or 6 pounds, they will get a fat strip down the tops of their backs; I cut it off and throw it away. It tastes fishy, too.”

With a few easy strokes of his knife, Danley showed how to produce mild-tasting, white-fleshed cutlets of fish from his big river catfish:

1) Inspect skinned blue catfish for the presence of an elevated fatty ridge on their backs. These fish need trimming. 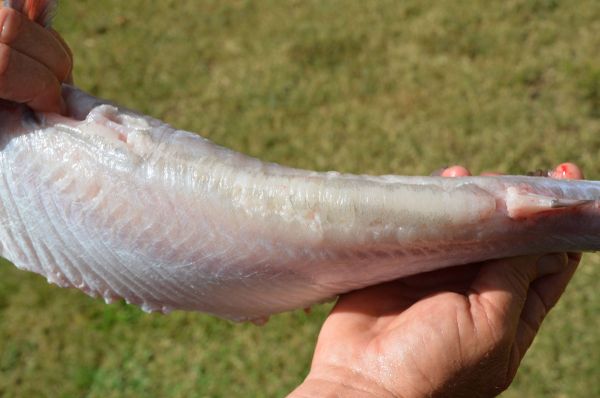 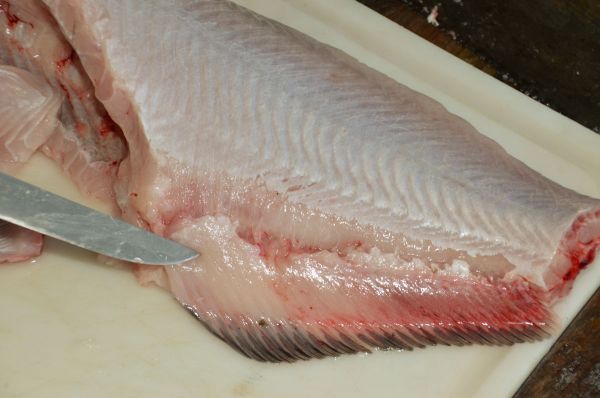 3) Beginning behind the soft, fleshy fin on the back of the fish, cut deeply enough to remove all of the ridge the length of the fish. 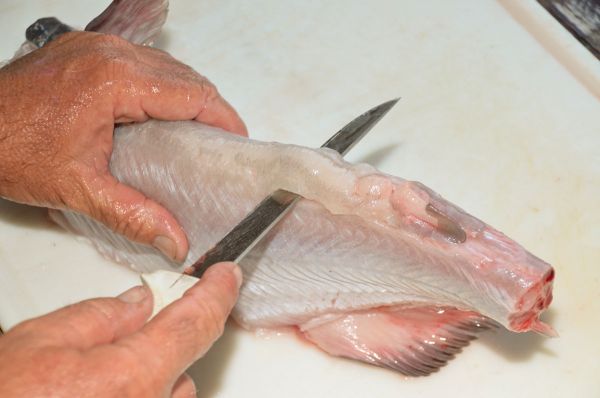 4) Cut the fillet from each side of the backbone, being very careful to avoid the anal-fin fat deposits. 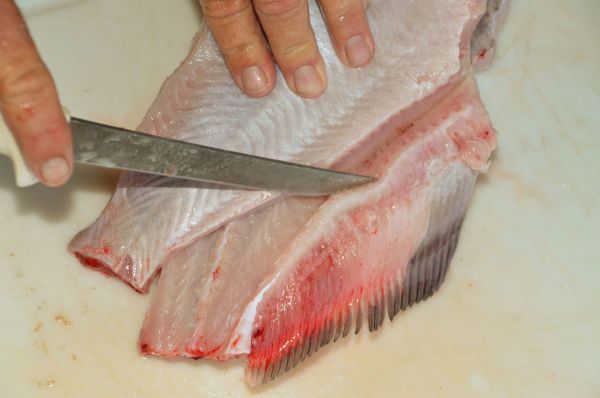 5) Lay each fillet skin-side-down, and slice it lengthwise, following the natural seam. 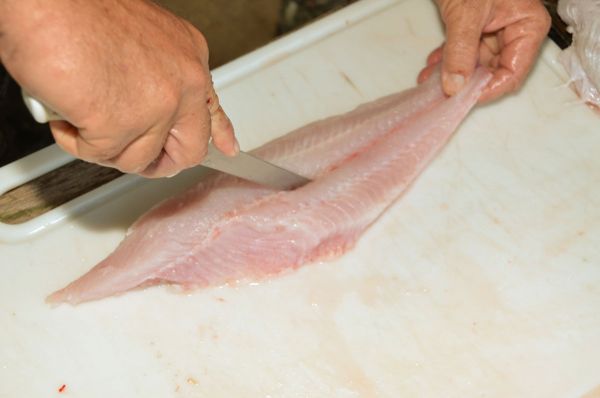 6) Turn each strip skin-side-up, and thinly trim off and discard all reddish flesh. 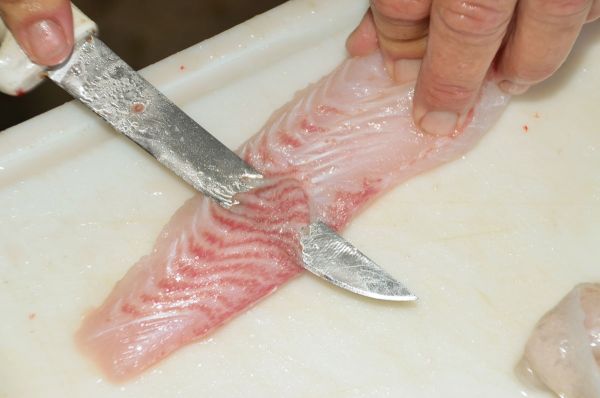 7) Carefully refillet each strip into the desired thickness. 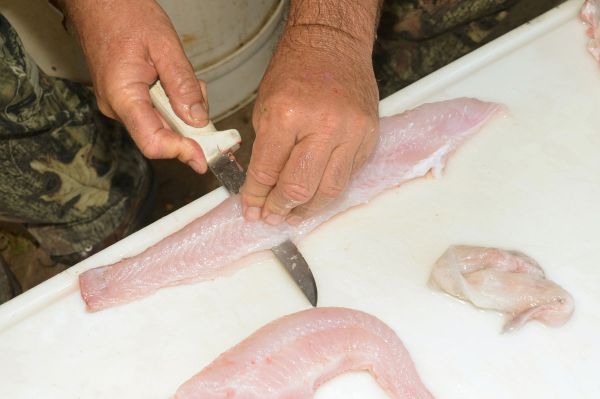 8) Cut each strip into cooking-sized cutlets of pure white flesh. 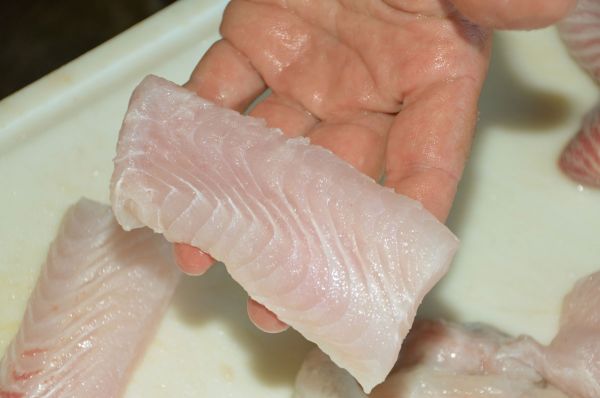