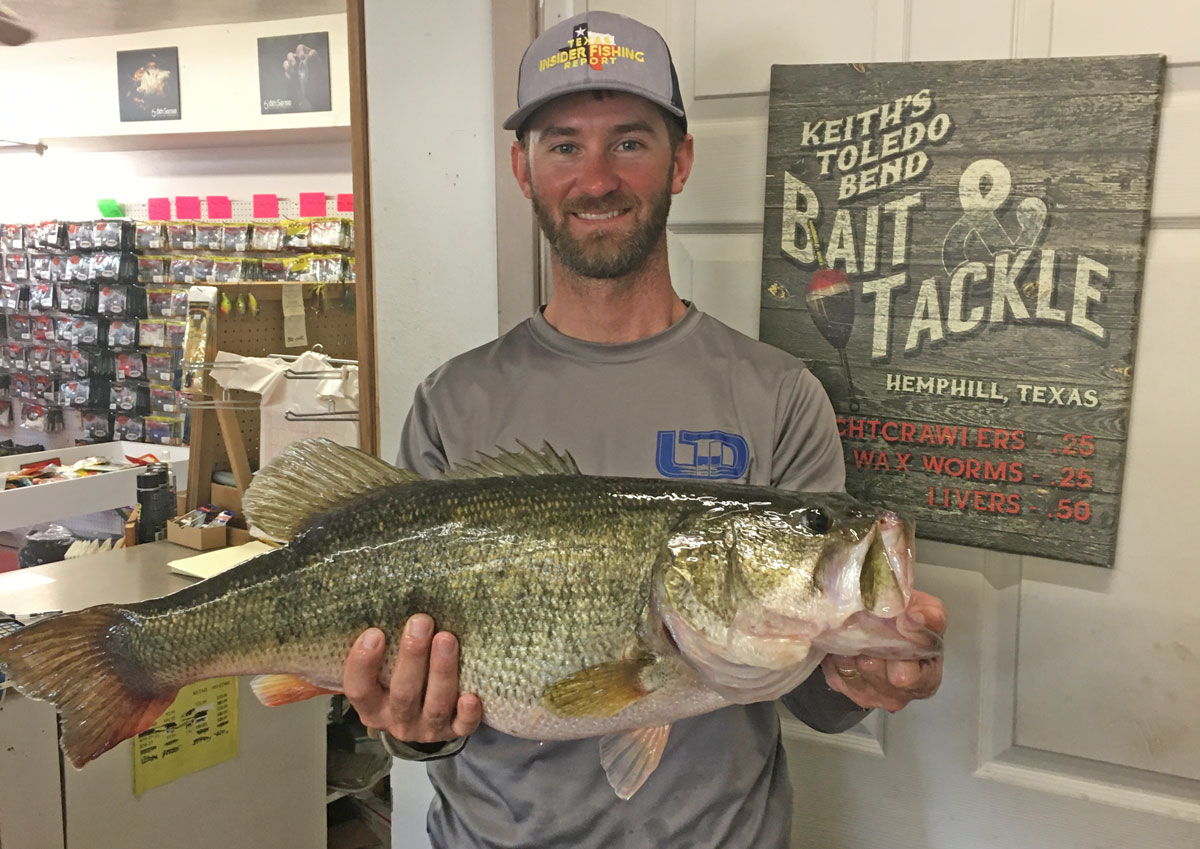 “It didn’t surprise me one bit to catch a big one this time of year,” said Loestcher, who guides for Living a Dream Guide Service out of Many. “I prefer winter fishing. The fish are more predictable, and they are at their heaviest in late winter.”

But did he expect a 10.57-pound monster? Well, not until the big bass made its second pass close to his boat shortly after he hooked her at about 1 p.m. That’s when he knew the fish had a chance to qualify for the Toledo Bend Lake Association’s Lunker Bass Program.

First bite is a big one

Loestcher had a guide trip that day, and he and his party were headed to their second spot, in the mid-lake area on the Louisiana side of the lake.

“We had fished all morning and had a good morning – quite a few fish over 4 pounds,” he said. “I usually don’t fish when I’m guiding, but we were easing back into an area where I’d found some fish a couple of days earlier. I was just casting on the way in, to see where we’d start finding them. She was the first bite we got.

“The fish was heading in to spawn, moving in that direction. She wasn’t on the nest, but she was headed that way. I assume she’ll spawn sometime over the next month.”

Loestcher was fishing a gold, lipless crankbait on a 724F Douglas rod – designed, he said, for lipless baits – with a Daiwa Tatula reel with a 7-to-1 retrieve ratio spooled with 16-pound fluorocarbon.

“She hit pretty hard, pretty aggressive, which is typical of prespawn females who are feeding aggressively,” he said. “I took my time with her, didn’t get in a hurry. She ran me all over, and I chased her with the boat.”

When Loestcher finally got her next to the boat, he reached down and lipped her.

“I don’t have a net in my boat, but as big as her mouth was, there was plenty of room for my fingers,” he said. “And I don’t mind getting a hook in my hand for a 10-pounder.”

Loestcher took the fish to Keith’s Toledo Bend Tackle and had it weighed and certified for the lunker program. The fish was the 11th to qualify since the 2021-2022 “season” began last May and the first since Dec. 11.