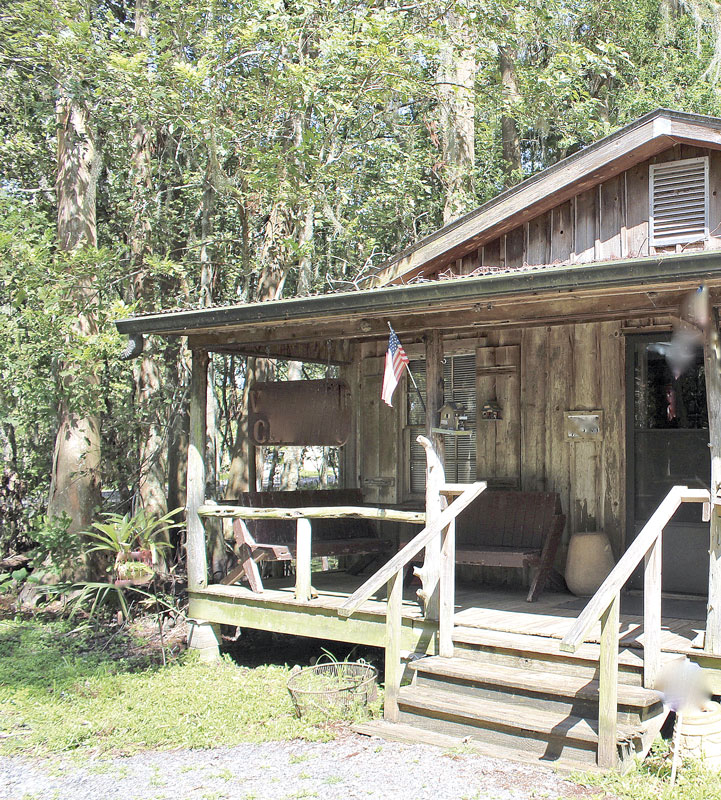 Most of us know about the Las Vegas thing, the thing about “What’s done in Vegas, stays in Vegas.”

What about hunting camps? Same rule, and that’s where this story takes us.

Years ago, our camp’s senior hunter made me take a vow of silence.

He was a fine gentleman, a reasonably good bouree player, a man who loved deer dogs, loved to be in the swamp, reveled in his time on a deer stand, and combined all that with a weekly commitment to his church.

Revealing his name is not important here. He was a World War II veteran, a man who cherished his deep roots in south Louisiana’s Cajun heritage, devoted to his wife in sickness and in health, and was good enough, when prompted, to share stories of his young life growing up along the Mississippi River during the Great Depression.

He told us about his father turning to market hunting for ducks to send to New Orleans and Baton Rouge restaurants. A few dollars a day and raising a big garden helped his family through those days when finding work often took fathers away from their homes, and he said his dad didn’t want to leave home.

He told us about the spring teal season, a time in late March and early April when teal came back to south Louisiana on their northward migration from Mexico and Central America. He said his dad got 25 cents for a pair of teal.

Then came that morning: you don’t have to wake early to run deer dogs through a swamp, and being that day was between the splits in the East Zone waterfowl season, there was no reason for me to beat the crack of dawn other than my internal at-the-camp alarm went off and coffee needed to be made. So, it was a surprise to see the lights on his truck turn into the drive leading to the dog pens.

My French exhausted, he explained the early morning frost was perfect for a walk along the headlands, stretches where rabbits would venture to breakfast on lush greenery before hawks and our resident pair of eagles had enough light to find them in those open areas.

Now this man loved to eat rabbits, and before we go into the Forrest Gump/Bubba Blue-like recitation of recipes, he said he knew at least 12 ways to prepare rabbits. Most of them came from his upbringing when “lapin” fed his family at least twice a week.

Coffee made, and it was time to take in first light on the deck. The crack of a 22 rifle came a minute later. Then another, and another, and another. Knowing he seldom missed, it was easy to figure he had three, maybe four lapins, and he would come through with his promise of rabbit stew later that Saturday.

Next I knew, he was skinning four rabbits under the shed, and feeding edible innards to awaiting Walker hounds.

The freshly prepared rabbits went into his ice chest, but there was much more to this process than usual, and prompted a question — why was he rearranging so much in what should have been an otherwise empty ice chest?

There was something in that ice chest other than ice. He lifted a bag, then the bag of ice, and put the rabbits on the bottom of the chest, then the ice, then the other bag.

What? What’s the story?

“Joe, you know how much I like rabbit. My wife does, too, and these are going home with me later today. We won’t freeze them and we’ll have rabbit for Sunday dinner. I can’t wait.”

But he had promised rabbit for the camp! What’s in that other bag in his ice chest?

“Joe, you have to promise never to tell, not as long as I’m alive. This has to go to the grave with me.”

“It’s nutria. When I came to feed the dogs yesterday, when nobody was around, I went back off the road and got four nice sized ones, took them home, skinned them and cut them into quarters. Then I soaked them overnight and brought them back today.”

Now if you do that, it’s difficult to tell rabbit from nutria. It’s pink meat, and after its in a big cast iron pot for a couple of hours with a dark roux, the trinity, garlic, salt and cayenne pepper, nutria can taste a whole lot like rabbit.

And how long has this been going on?