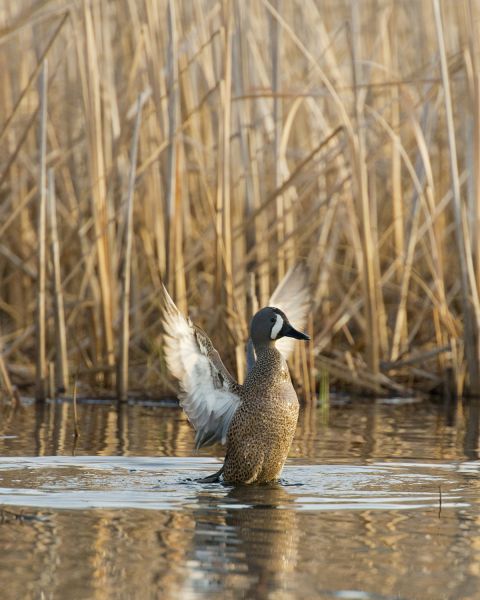 Louisiana hunters will kick off the 16-day teal season this Saturday, Sept. 11.

Kelly Neuville, general manager of Buckfins-N-Feathers in Broussard, said at least in south central Louisiana, reports of teal have been pretty scarce so far. He heard that at Wax Lake, Pecan Island and Gueydan, not many birds have been seen.

“The weather needs to get a little cooler. We need one cool front to bring some birds down,”  Neuville said. “Then you’ll start seeing something.”

But opening day is Saturday, and now is the time to make final preparations and get any last-minute gear ready so you’ll be good to go.

1. Make sure your gun is cleaned and functioning properly.

Nothing puts a dent on opening day like a gun that won’t fire. And if you recently cleaned your gun, make sure the plug is back inside, he said.

Over the recent Second Amendment Sales Tax Holiday weekend, Neuville said the Beretta A400 Xtreme 12-gauge was his No. 1-selling shotgun.

“It features a Kick-off system built into the stock with gas pistons and rubber pads to really reduce recoil,” he said.

“Most people are shooting Kent TealSteel this year,” he said. “It’s a 3-inch shell loaded with No. 5 shot at 1350 fps. Everybody who shot it last year was very satisfied.”

3. Inspect your equipment to make sure everything is watertight and nothing has dry-rotted since last season.

Check waders and boots for leaks, especially if they’ve been kept in an attic or storage unit subject to temperature variations.

4. Get your decoys organized, bagged and ready.

“If you’re not using new decoys this year, make sure all your string is good and the weights are tied right,” he said. “That way you’ll be ready early to throw decoys out.”

And if you’re using a Mojo Teal with your spread, make sure you have fresh batteries for opening weekend.

5. Get appropriate camo clothing for September in south Louisiana.

With an expected high of at least 90 degrees on Saturday, lightweight, breathable camo is key.

“Now there are vented camo shirts just like fishing shirts,” Neuville said. “Drake and Beretta both have either long-sleeved or short-sleeved shirts with vented under-arms and back flaps.”

Mosquitos could be thick this weekend, so make sure you’ll be protected. Neuville is a fan of the ThermaCELL device to keep your blind mosquito-free.

“If you don’t have one, get one,” he said. “And if you do have one, make sure it’s working and you have enough propane refills.”