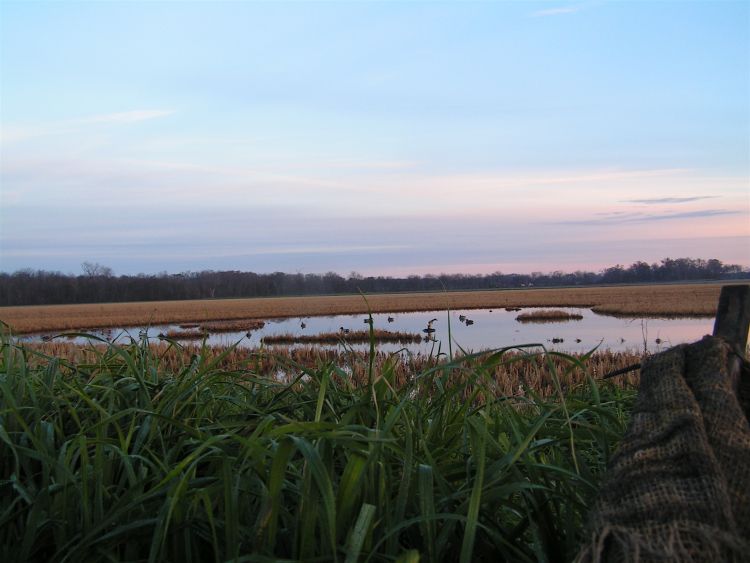 This teal hunter shares his tips to get set and go after the early birds of duck hunting.

Hunter Simmons of Mer Rouge has been in the duck blind with some of the best duck hunters in the South since he was old enough to hold a shotgun. Well, truth be told, even before that. And that usually included not missing out on Louisiana’s early bird teal season. Even though he’s still a young hunter, his experience puts his knowledge level way beyond his years.

And his job as Chief Operating Officer of Simmons’ Sporting Goods in Bastrop keeps him around teal and duck hunters virtually 12 months a year. Last month, we featured Hunter in an article about getting ready for teal season by practicing sporting clays or skeet shooting. This month we talk about how to set up and go be successful in the teal blind.

Hunter will tell you that setting up for and hunting teal is similar in many ways to hunting for big ducks. But there are lots of differences. And paying attention to those subtle differences can make the difference between having teal ducks for supper or eating a hambuger.

“Every year is different for teal hunting conditions,” Simmons says. “But whether you have a lot of water in the fields or only small bodies of water to hunt, the main thing you have to do is spend a lot of time scouting. Several weeks before the season, you or one of your hunting companions needs to be out there seeing where the teal are going.”

You can’t assume that because teal were in one spot last week, they will be there the next. Weather this time of year plays a big part in the teal’s desire to stay in one place for very long. Sometimes subtle changes in the temperature or a big rain can send teal in a different direction. An ideal climate condition is a big cold front up north of us, but consistent temperatures in our area. That brings and keeps birds. That is why scouting is so important.

“The way we approach hunting teal is different from the way some people do it,” Simmons says. “We have a lot of small potholes, ponds, small lakes and small flooded spots in the edges of fields that are big enough to attract and hold teal. We keep close watch on them for weeks before the season and make our decision of where to hunt as close to opening day as possible.

“When hunting in those kinds of areas, we either hide in the brush on the edge of the water or make a little brush blind,” he continues. “If that is the kind of area they are using, then that’s where we hunt them. The good thing about this kind of hunting is that you can put out a small run of decoys and be set. You don’t need to put out 100 decoys. A dozen will do. And you can carry those in and out with you in case you change spots the next day.”

Even on larger bodies of water, Simmons likes to bunch his decoys up a little more closely than when hunting big ducks with big decoys. And there is one thing he believes in strongly.

“Teal react to Mojo Teal decoys just like they’ve never seen one before,” he says. “They get sucked in by the Mojos almost every time. I don’t use just one. I use three. I put one straight up and lean one in one direction and another the other direction in the spread. That’s the way teal fly so we try to copy that with our decoys. They respond to that setup. It works.”

One thing Simmons likes about the Mojo Teal decoys is the fact that the wings have been sped up to spin much faster than big duck Mojo decoys. Again, that corresponds more to what real teal look like.

Sometimes farmers get their crops out of the fields early enough to pump up some areas where Simmons has pit blinds located. But you can’t always depend on that, so it’s good to keep the smaller areas well monitored. If the big water is available, that’s great. Later in the season, the teal like the big open expanses of water in the flooded fields, but north Louisiana hunters don’t often have that luxury in the special teal-only season, which opens Friday, Sept. 15 this year.

Simmons says besides practicing your shooting and teal calling, it’s important to make sure your other hunting gear is in top shape. That includes the decoys, especially Mojos.

Be ready to go

Besides teal season giving hunters a few bonus days to get ready for big duck season, teal season is also great for hunters to get their dogs up to speed.

“That’s especially true if you have a new dog,” he says. “It’s usually just you and a couple of other hunters and it’s more relaxed than regular duck hunting. It’s a great time to take your dog out, let him see what’s going to happen. And you can afford to make a few more mistakes during teal season. You want the dog to have fun, but it also helps you get him trained right in real hunting conditions.”

Teal remain a big part of the duck hunting picture across Louisiana even after the special teal-only season. They are usually the first to arrive before a big cold front, but they will disappear in a hurry if things change, including huge rains. Once again, hunters have to be vigilant in staying with the birds and their movements.

“The thing is, wherever the teal show you they want to go, that’s where you’ve got to go to kill them.”