New birds in the Bayou State make make for action-packed early-season duck hunting, but that doesn’t mean you can just get out there and wing it. Use these tips to fill your strap on opening day.

As if finally locating long lost friends, they arrived just as we’d envisioned. The five-pack of gadwall redefined the term ‘fully committed’ from the time they hit the far edge of the pond, and dropped into our spread without hesitation. As the guns let loose, no stragglers escaped to rat us out to the masses yet to come.

That’s probably how lots of us envision the start to duck season — a scene that fills our heads through many a sleepless night as the countdown to opening day nears. The birds are fresh, with plenty of young ones getting their first taste of Bayou State backwater, invading our favorite locales in droves. When that Saturday morning finally does come around, we presume the norm will be easy limits and early breakfast.

Though early season birds are often our best bet to make us at least think we know what we’re doing with our approach, Haydel’s Game Calls vice-president Kelly Haydel pointed out there is still plenty that can go very wrong with an early season hunt.

“People who hunt with us often say ‘You don’t seem to call very much’,” Haydel said. “My dad (Eli) always said, ‘Less is more,’ and we tend to still follow that practice in our hunting today.”

The longtime North Louisiana call maker pointed out some misconceptions hunters often have when trying to sweet talk early arrivals.

A big mistake Haydel often sees hunters make at the beginning of the season is not having practiced with their call early enough before shooting time arrives.

“When opening day comes around and that first bunch comes looking, you want to be confident on your call from the first note because I believe the birds can tell when you’re not committed to that call,” he said.

Practicing early and often will ensure everything from hand placement to air control is dialed in well before that first group is shopping your spread.

“A lot of guys tend to think they can get away with more calling, especially at big groups early in the season,” Haydel said. “I call the same way whether at a group of birds or a single duck; I’m just looking for that response from them, be it a change in wing beat or flight pattern.”

He says that if a reaction is observed with a slowed wing beat or the birds turning his way, that’s all he needs to see to know he’s got a chance.

“I’m just trying to set them in their natural approach or possibly a holding pattern, simply by controlling their turns with my call,” he added.

As the birds begin to work, Haydel is only calling when he feels they’ve missed a turn or seem to be edging off and leaving the initial approach. “If they’re not turning when I think they should, that’s when I’ll hit them with five to seven notes to keep them on approach.”

Otherwise, he sticks to the formula, keeping things simple.

Another misconception in calling Haydel noted was a hunter’s insistence on going with numerous notes when a single quack might have been the ticket. “That lonesome hen making single quacks is often a very effective tool as it’s a sound the birds are exposed to from their birth,” he said. “Callers often get caught up in too many notes, which just allows for more chance of making a mistake.”

Along those same lines, Haydel was quick to point out the effectiveness of ‘auxiliary calls,’ or calls of species other than a quacking mallard hen.

“Gadwall are very vocal in the air and are often very responsive to the ‘tat-tat’ sound of calls made especially for them,” he said. “Teal, pintails, wigeon and even mallards are also responsive to the multi-species whistle, such as our MP-90 model call.” Haydel says this can also be particularly effective when hunting over multi-species decoy spreads.

Another tactic Haydel employs that he says was passed down from his father is blind calling before legal shooting time. “When we’re getting settled in the blind and there’s still a few minutes before we can shoot, I’ll often blind call with a variety of calls,” he said. “This not only allows for a good warm up of my calls and calling, but also serves to let birds settled in the area know of what we’ve got going on for when they decided to get up and stretch those wings.”

Haydel says early season decoy spreads can also be a pitfall costing hunters birds if they’re not put out with some thought. “Above all, you’re trying to create or replicate a natural body of birds,” he says. “Hunters often get too caught up in setting what they believe to be a tactical approach to setting decoys, but these ducks have already seen a lot on their way southward.” Our season may be young, but the birds were veterans of the Flyway by the time they hit Mer Rouge, and the education only continues before locking wings over Gueydan or Venice.

“Early in the season we’ve got large groups of migrators coming into the region so I’ll tend to start with a larger spread,” Haydel said.

For the Haydel crew hunting the marshes of Southwest Louisiana, that includes a lot of pintails and teal.

“We’ll often start off with a lot of brown ducks in the spread since we see a lot of birds that aren’t fully plumed just yet in the early season,” he said”

As the season progresses, the spread can become more colorful to match the evolving plumage of migrators in the area.

However, that’s not to say the spread won’t feature some large colorful decoys early on to help with visibility.

“We’ll use drake shovelers and pintail for visibility since all that white shows up from a long way out,” he said. Similarly, hunters should not be afraid to mix in diving duck species such as ringnecks or scaup to aid in visibility as both feature plenty of white on the drake blocks.

For additional visibility, Haydel likes the flash of spinning wing decoys, preferably the smaller ones like a teal model which spin faster than larger offerings. His spinners always include a remote control so they can be shut off once the birds are headed his way.

Haydel is also a big proponent of creating motion in the spread to ensure his blocks aren’t stagnant on a glassy pond. “I want ripples however it takes to get them,” he said. “Whether through some pulsating or wobbling decoy, or just a simple jerk string rig, I’ve got to have some motion in my decoys from beginning of season to end.”

With birds arriving daily ahead of the opener this month, hopefully your preparations have long been underway to make the most of the 60-day season. Put Haydel’s guidance to work for you to put more birds on the strap and avoid early season blunders.

Landing zones – Though creating defined landing zones is often a favorite decoy pattern for hunters, it only takes observing a raft of puddle ducks one time to realize they will plop down just about anywhere — regardless of an available zone. Focus on replicating a relaxed group of loafing and feeding ducks at your favorite hole, and the birds should present plenty of shooting opportunities.

Straight from the horse’s, …err, duck’s mouth – There are numerous online resources for listening to nearly all varieties of ducks and geese in their natural setting without leaving home. Sound files are readily available online from the Audubon Society and YouTube, so you can listen to birds calling and work on replicating their sounds before heading to the blind. 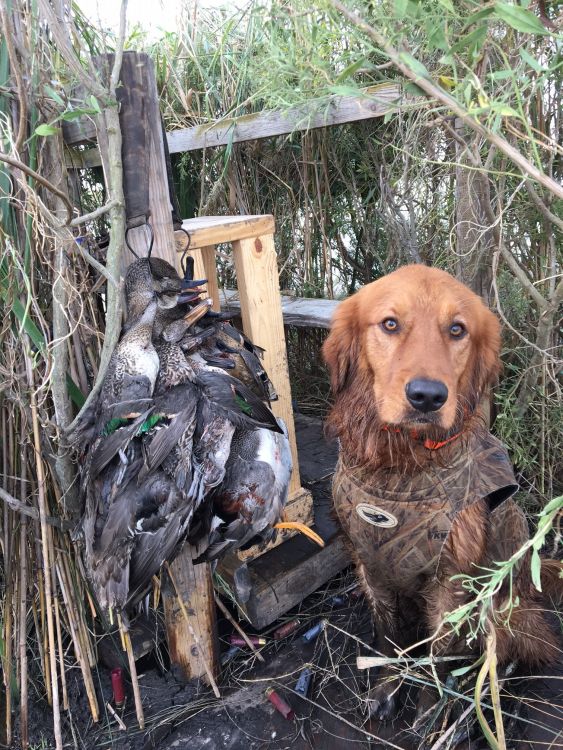 Appeal to the locals – Though plenty of ducks of all species are killed over mallard blocks every season, hunters should play to the crowd in their specific area. A spread of only greenheads in coastal Southeast Louisiana, for example, typically won’t be as productive as the same numbers set in gadwall, teal and maybe some pintails for visibility. If you’re new to an area, take the time to scout to see what species are around and plan your spread accordingly.

Decoy wildcard – One other factor that Haydel touts as an early season advantage is the use of coot decoys. Coots are usually among the earliest of arrivals, and they always congregate where the food is, helping arriving ducks to go straight to the buffet line.

Take your time – In the hustle to get to the blind opening morning and get everything situated, decoys and cover might be taken care of in haste. Attend to these items the day before, or arrive at the blind extra early for opening morning. Once the sun rises, hunters often find that the cover wasn’t as good as initially thought and decoys are out of place from pre-dawn tosses.

Legends of the Outdoors – Johnny Wink

Johnny Wink is the owner and operator of MegaDucks waterfowl hunting lodge, where he has been a duck and goose guide for 45 years. […]

About Darren Digby 65 Articles
Darren Digby has been hunting and fishing the marshes of Southeast Louisiana since childhood. He lives in Baton Rouge with his wife Ella.