On Oct. 21, David Hanson, Stihl Smith, Bill Petrus, Sherman Foote and Dustin Campbell hunted on a private cypress brake in Caldwell Parish that led to an extraordinary result, with a personal record for the crew of friends who frequent numerous bayous and swamps in search of bullfrogs.

Using a custom airboat named the “Swamp Donkey,” the group came together caught 330 frogs in a 3-hour night-time tour of the brake. 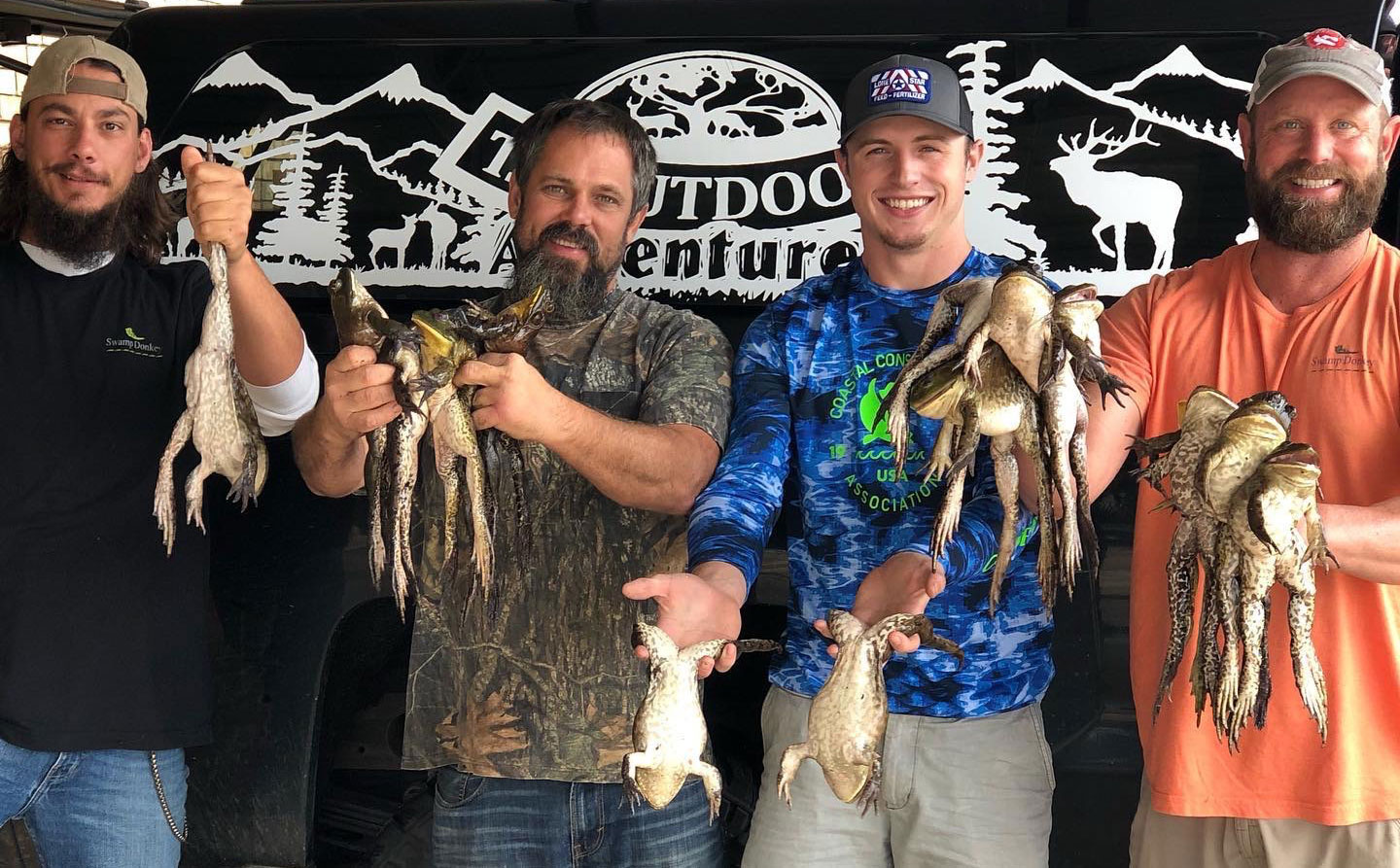 Using a bowfishing-type setup on the boat they searched for late season frogs, catching two to five at a stop at times. Having sprayed the vegetation to break up the floton mat created a great habitat for frogs, but much better than expected. Keeping records every year, they knew they were close to their all-time record for a fiscal year (1,132) and have surpassed their previous best with a total of 1,397 frogs. 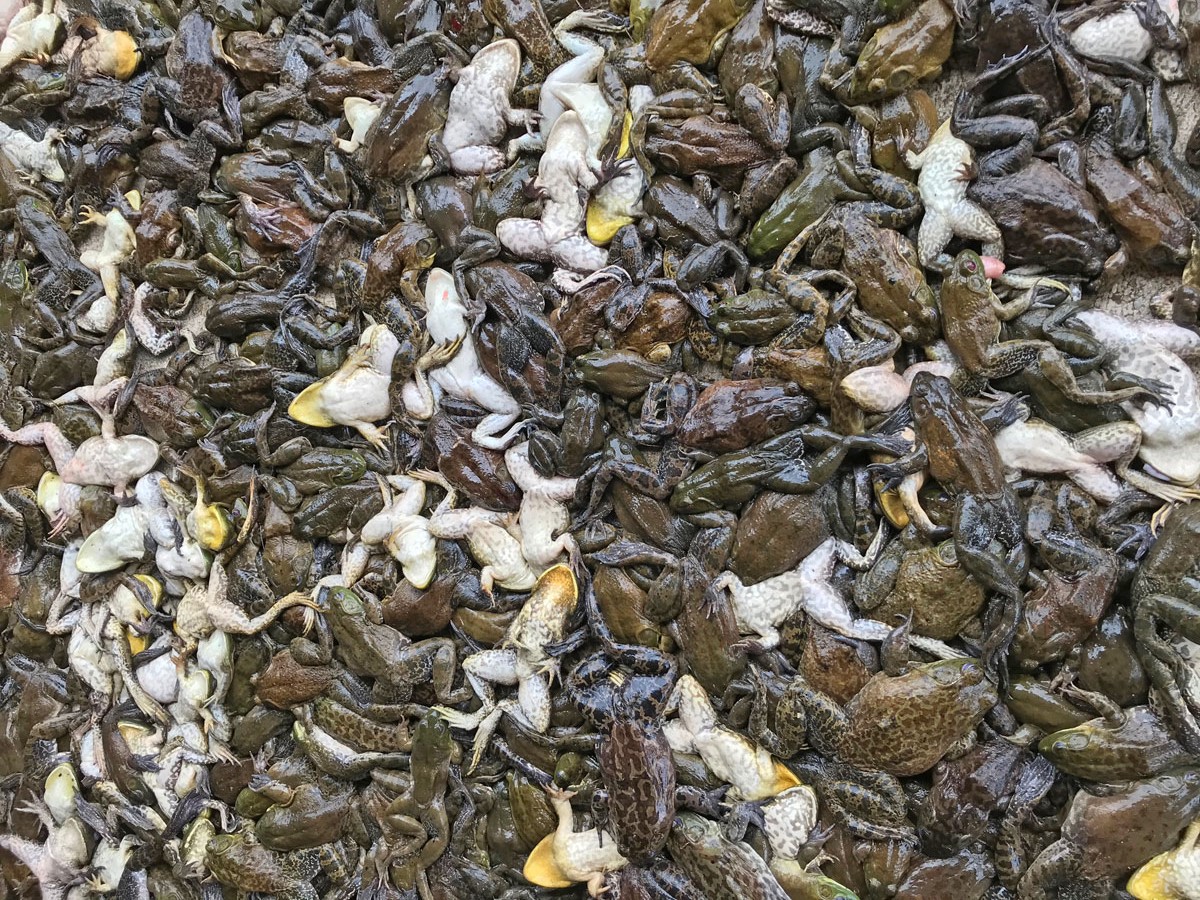