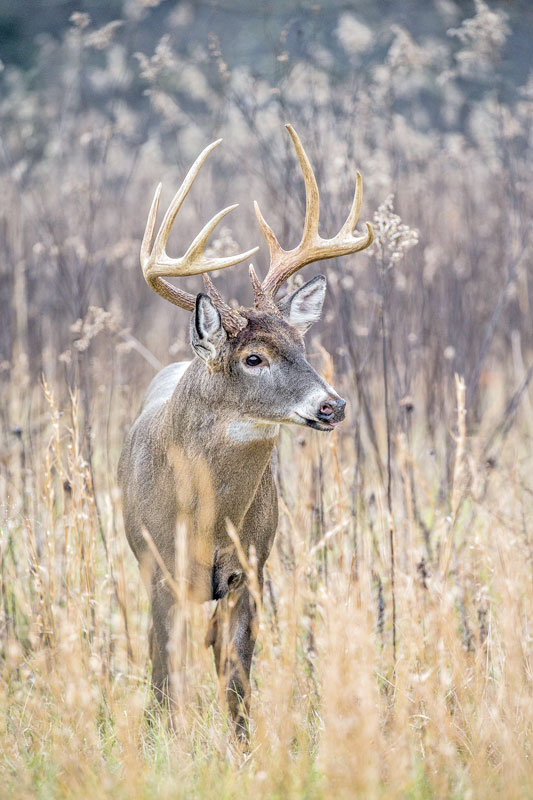 Berwick bowhunter has gone back to basics when he plans his deer-hunting excursions. That change has paid off in recent seasons.

The 8-point buck that a hunter killed on opening day of bow season a couple of months ago illustrates his back-to-basics approach, one that increases his success while saving him money and, yes, even his sanity.

Duval Arthur Jr., 39, of Berwick, who supervises the criminal division for the St. Mary Parish sheriff’s office, became enamored by an oak ridge he found three years ago, the first season he hunted on a 1,000-acre property.

Arthur’s trail cameras and first-hand sightings early that season proved there were “a bunch of small bucks” on the oak ridge, but he wanted to locate big bucks. As a result, he “bounced around” all over the property most of the season, quite unsuccessfully.

Then, he simply changed his game plan.

“Late December, I went into the middle of the property that stays nasty with mud and water,” he said. “I found an opening in the middle of a bunch of thickets and when I first found it, I found a big, 8-point dead head and figured this is probably a good spot to hunt. So on Dec. 23, 2019, I shot a big 8-point.”

Fast-forward to Oct. 1, 2021. As opening day approached, Arthur realized something.

“I completely forgot about the oak ridge. This year, I put out two cameras, one of them a cell camera,” he said.

He consistently saw three mature bucks from July through Aug. 29, the day Hurricane Ida smashed into southeast Louisiana. But Arthur got no bucks on camera after the storm, going from 70 to 75 daily photos of bucks to two photos a day of does.

“I didn’t see bucks for 2, 2½ weeks,” he said. “A good buck finally came back up after a cold front. I only saw it at night and early in the morning.

“So, opening morning I said, ‘I’m going to get tore up by mosquitoes, but I’m going.’ That morning, there were three bucks at my stand (before legal shooting hours), so I couldn’t go hunt until after they left. It was after daylight when I went to sit. I didn’t see anything.”

A change of plans

That night, he planned to help out at a friend’s deer hunting camp in Mississippi. Arthur called his buddy, who suggested he stay home and try for one of those bucks.

Arthur agreed, and he returned to the oak ridge in the afternoon. Just before the sun sank, the 8-pointer appeared, circled the hunter and walked toward him.

“Thank God I wasn’t downwind (of him),” Arthur said.

Wise use of trail cameras, particularly videos and common sense were keys to his first deer this season. Most important, he’s keeping it simple.

Arthur credits a local outdoorsman, Jason St. Germain, for opening his eyes to the excesses affecting his deer-hunting success. St. Germain has the means to get into all that stuff, Arthur said, but he heads out for a deer hunt wearing blue jeans and a green shirt, then emphasizes the basics, like setting up and playing the wind.

Arthur, who got hooked on bowhunting in 2014, admitted he had lost those basics.

“I would drive myself crazy. I had 15 cameras. Five deer on three different islands. I was kind of overthinking it,” he said. “I was my own worst enemy. All the crap that I’d buy. Everybody’s got ‘something that works.’”

Arthur had been through the gimmicks-and-gadgets stage, spending $1,000 or so a year on the latest-touted equipment and gear.

“I used to drive myself crazy doing all that extra crap. You need to tone it down, keep to basics. I just dumb it down,” Arthur said. “If you understand the basic concept on how deer work, it’s going to happen. If you keep it simple, find a bed, find the food, play the wind, monitor the cameras to make sure when they’re stirring.”

Arthur believes a video camera is the best tool because, for example, so many times a hunter doesn’t see the buck behind the doe.

“I use the hell out of my cameras,” said Arthur, whose go-to choices are Tactacam and Browning Defender.

He also watches “everybody else’s” success stories on videos.

“I watch tons of deer-hunting videos on YouTube,” he said.

A former dyed-in-the-wool duck hunter, Arthur hunts deer exclusively because of the challenge they present.

“The only hunting I like is whitetail. I don’t want to hunt any other animal — not elk, not moose. I’m addicted to shooting whitetail deer. I enjoy the chase. They’re extremely smart, especially the older, mature bucks,” he said.

When Arthur first started hunting deer, one of his goals was to fill out six deer tags. After a few seasons, shooting young deer lost its appeal, so he raised the bar.

On the road, again

Through about 17 seasons, Arthur has harvested about 50 deer in Louisiana, Illinois, Kentucky and Kansas. He killed a 250-pound whitetail while bowhunting in Illinois. He has some other favorites, including four shoulder mounts of bucks that “are very special to me,” as well as about 20 skull mounts of “good deer that I’m proud of.”

He has expanding his deer hunting to Mississippi and Texas this season.

Arthur hunted in October in Louisiana and Texas, where he shot a good-sized buck on Oct. 24 on a ranch. He planned to hunt deer three weeks in Illinois and Kansas in November before returning to Louisiana to hunt the rut. December and January are reserved for in-state deer hunting, plus trips to Mississippi and Texas.

Deer hunting in the Midwest has made Arthur a better hunter in Louisiana.

“I learned everything I know up north. It’s a true hunting atmosphere. Hunt. Intercept. It’s a totally different ballgame than down here, easier up north,” he said. “It’s just the volume of deer. You can pattern them. It’s just tough down here, man.”

When the deer hunting gets tough in his home state, the tough get going, as he has proved, and they keep it simple.

Cleaning and disposing of deer in the CWD control area

Chronic Wasting Disease (CWD) is here to stay for now, and it is up to hunters to try to keep it contained. Unfortunately, Louisiana Animal Disease Diagnostic Laboratory (LADDL) detected its first CWD case in […]

Warren Womack of Bluff Creek got an early October 8-point buck with his Acadian Woods recurve bow at 8 yards. […]