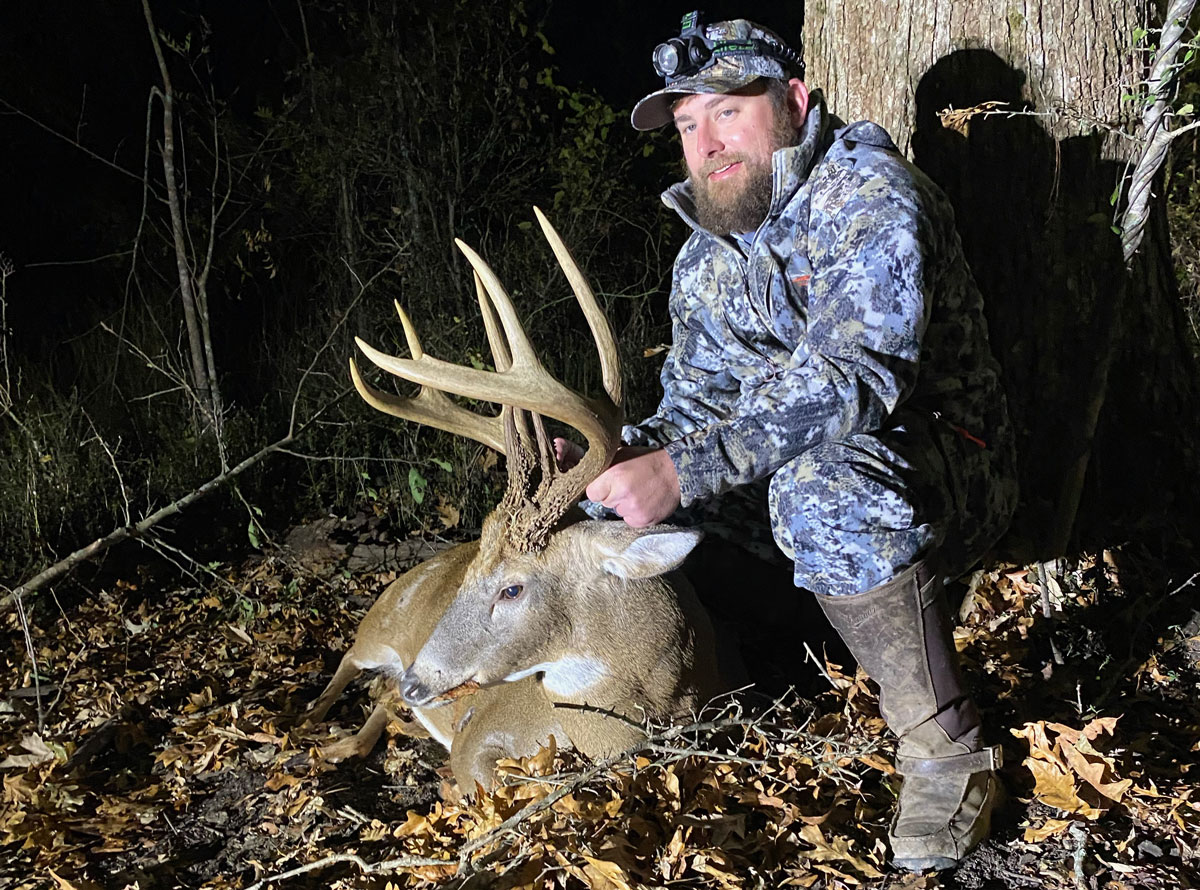 Brown has had his eye on one particular buck for the past several years. Finding him on trail cameras and actually having the opportunity to take him several times over the past three of four years, he decided that if he had the opportunity, this would be the year he would lay claim to the buck. 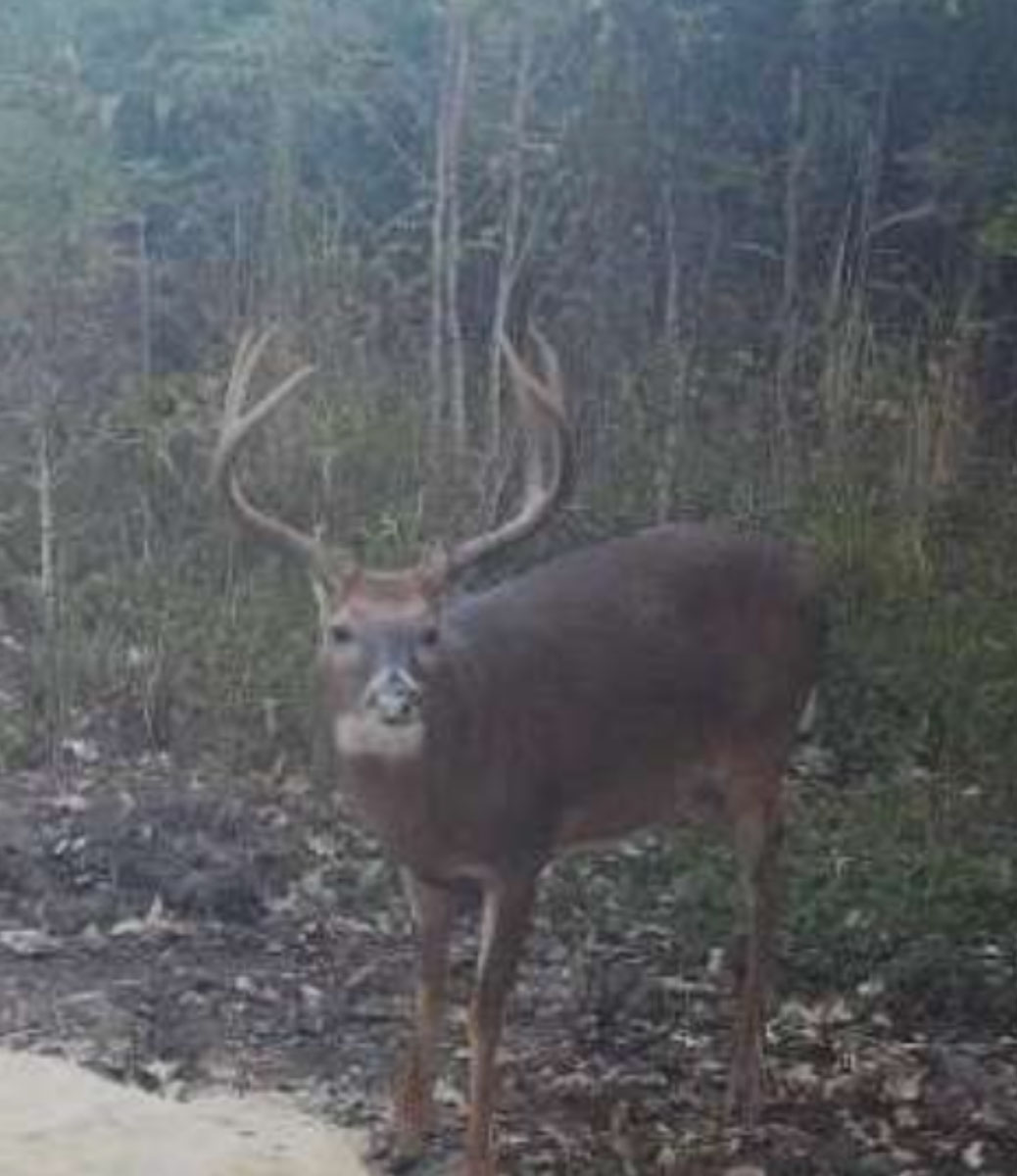 “Last season, the buck was an 8-point that would probably score in the 130’s. However,” Brown said, “he blew up this year and had grown a sticker off the rack making him a 9-point.”

Brown worked the morning of Friday, Nov. 12, took off work at noon and headed for his camp on the Madison Parish property.

“I had a ladder stand set up near the buck’s bedding area,” he said. “After keeping up with the buck for several years, I knew where he usually bedded down. My stand was next to an old logging road in a thicket of briars and palmetto near where I felt he was bedded. I got on the stand around 2:30.”

The first thing to appear near his stand caused Brown concern. Two black bears came out of the brush around 3:30 and were milling around.

“I crawled out of my stand as quietly as I could, and when the bears saw me, they ran,” he said. “I climbed back in the stand hoping the bears hadn’t messed things up.”

Half an hour later, Brown heard noise in the thicket behind him. He watched as the buck he had been after stuck his head out of the thicket not 10 yards from where he sat. However, it took another 30 minutes before the buck settled down enough to step out. Even so, the buck continued to sniff the air. Undoubtedly Brown’s episode with the bears had created scent that disturbed the buck. However, he finally stepped out into the old logging road at 20 yards and Brown was ready.

“I shoot a Raven crossbow with Raven bolts and Muzzy broadheads and as the deer turned broadside, I was ready and hit the trigger,” Brown said. “I watched the buck run about 20 yards into the thicket and I saw him fall.” 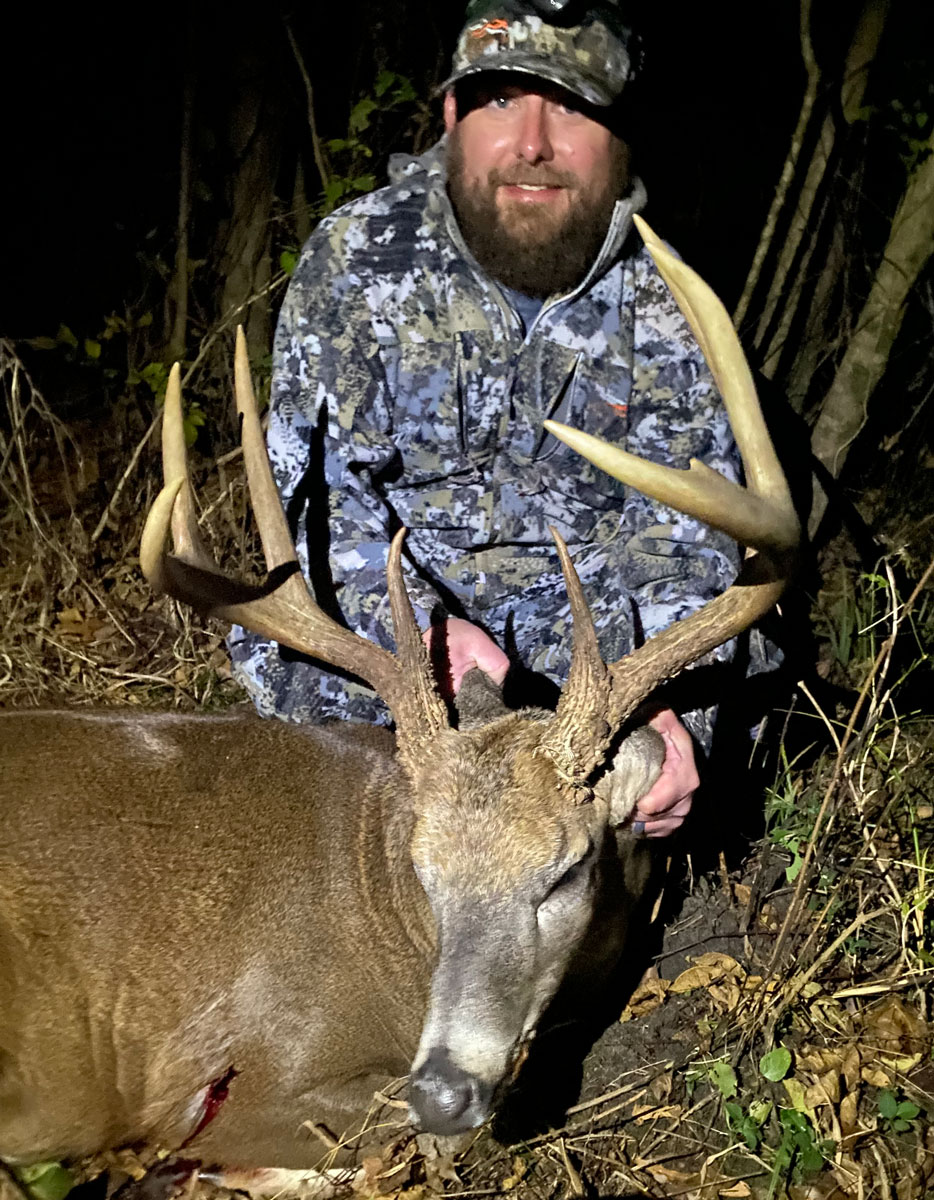 The buck sported an 8-point main frame rack with the kicker giving the rack 9 scorable points. The buck was aged at 7 ½ years, tipping the scales at 252 pounds. The inside spread was 17 6/8 inches with bases measuring over 6 inches each with mass continuing up the rack to the last measurement being four inches. Main beams were over 22 inches each while the G2s measured 11 inches each. The rack was measured at 151 3/8 inches.

Black bears are something hunters in that area have to deal with because there is a healthy and growing population. Brown told about another hunt where his son had shot a doe.

“Five minutes after the doe fell, a bear came out,” he said. “My son and father-in-law loaded the deer onto a 4-wheeler and parked it by the stand. Within an hour, they counted seven different bears that came out to sniff around where the doe had fallen.”