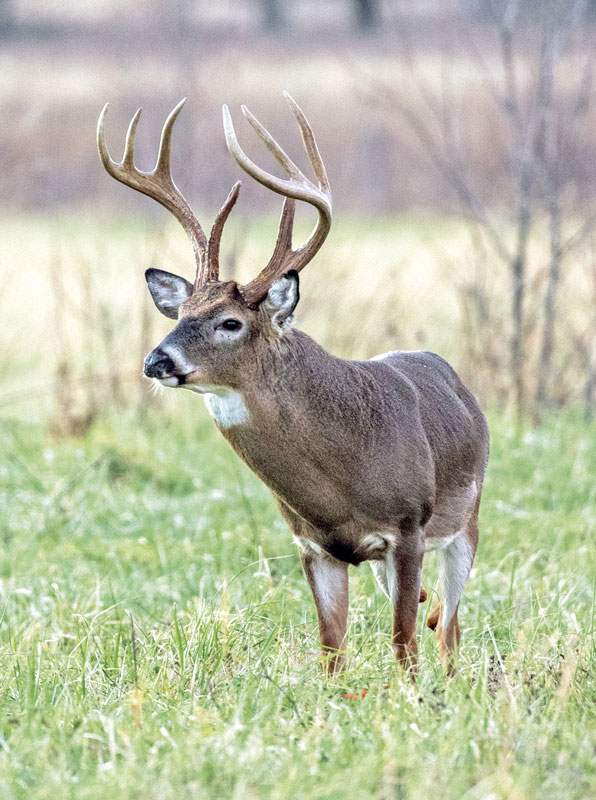 Plenty of stumbling blocks show up in a deer hunter’s way. Here’s how to avoid them and tag that big buck.

Deer hunting isn’t always fun and games, and no matter how much you plan and prepare, Mother Nature can still throw the most-seasoned deer hunter’s game plan into a tailspin. The later it gets in the season, the more this can become a factor.

Americans are obsessed with televised game shows; hunters are no different. Sometimes, the more challenges presented, the more rewarding the win. The win, of course, means you brought home that big deer you’ve been targeting.

Paul Meeks of Tallulah has just about seen it all, and there’s no doubt one adversary above all others that can snap defeat from the jaws of victory. It’s the wind.

Obstacle No. 1: The wind

“The most-aggravating issue in deer hunting is the wind,” he said. “You can’t even depend on the weather forecast. They say it will blow one way, but you get in the stand and it is coming from another direction. Or you get in the stand and it shifts. It can go from light and variable to brisk just like that. And even if it doesn’t spook the deer you are hunting, it leaves you sitting there thinking you don’t have a chance of going undetected.”

Being detected is the kiss of death, not only for big deer but for does. Manage the wind and make sure it isn’t blowing your scent to the deer.

“When it comes to big bucks, they have nowhere that they have to go, and if they bust you, you may not see them again in daylight the whole season,” he said. “It’s even worse for does. I want to make one thing clear: I enjoy shooting a couple of does each year for the meat, and there is nothing more challenging than hunting does. They are more skittish, especially the older does. Even a big old buck doesn’t do all the stopping, looking and sniffing that a big, old doe does.”

Meeks said does are more wary because they are actually watchdogs for bucks. Nature just set it up that way. Does protect their yearlings and the big bucks. If you run off the does, you’ve run off the bucks. So be quiet, and be still and treat them just like a buck.”

Being quiet and being still are, in fact, next on his list of uh-ohs. If you make noise or wiggle around and allow deer to see you, you’re busted. And if you ride your 4-wheeler close enough to the stand for them to see or hear it, you’re busted.

Things are a little better during the rut when bucks seem to lose all their good sense. But again, you have to make sure and manage the does to keep them from telling on you.

Meeks is the founder of API Outdoors, the nation’s largest producer of climbing tree stands; he invented one of the first climbing stands. A member of the Louisiana Legends of the Outdoors Hall of Fame, he and his son own Great Day, a manufacturer of specialty accessories for all-terrain vehicles. He is a regular speaker at banquets and events, and he knows his way around the deer game.

Weather conditions like temperature and rain make a difference, but they seem to mess with hunters’ heads more than the deer.

“I know some great deer hunters who bag huge deer in the pouring-down rain,” he said. “If you can get in the stand during the rain and be there when it stops, that’s a good way to overcome what could be a bad day. Sometimes after a rain, especially in the rut, those deer will get back out and freshen up rubs and scrapes.”

Perhaps Meeks’ most-rewarding deer hunt was on a hot, windy day when he wasn’t even going hunting until his wife reminded him he couldn’t kill one sitting in the den.

“I had been hunting this big deer and had it pinpointed, but I wasn’t even interested in going because it was so hot, and the wind was blowing right into the area he was laid up in,” Meeks said. “I knew I couldn’t hunt the stand I had set up because of the wind, so I made the decision to walk almost a mile out of my way and come in on the other side. I just sat down by a tree and made a little brush blind. I had not been there long at all when I heard some grunting and deer running around. I hit my grunt call a couple of times, and down through an opening, I saw a doe run across. It wasn’t but a few seconds later that the big buck came into the opening and stopped. I shot him, and he fell in his tracks.”

The deer was a main-frame 10-pointer with six sticker points that scored in the 160s.

That story points out another obstacle for hunters. Don’t take the easy way out. Had he not gone to so much trouble, he would never have taken that deer.

Mother Nature can also throw obstacles your way. The growing numbers of black bears, feral hogs and coyotes can throw off even the best-laid hunting plans. The good news is, they are mostly avoiding you as much as you are them, but their feeding, travel and bedding habits can also change the movement of deer.

“Deer aren’t afraid of bears and hogs; they just don’t like to be around them,” Meeks said. “That’s what I’ve found. There are some people up here really hurting because the bears are literally running the deer out of their woods. It’s out of control. We need a season on them or some relief of some kind.

“I can tell you, without a doubt that when you overcome obstacles to take a deer, it makes it so much better,” he said. “That deer that I spent so much time on and went the extra mile — I was prouder of it than any bigger deer that I’ve killed just walking out to the stand, waiting an hour and taking it right where and when I knew it would be.”

In the blink of an eye

It can happen to anybody. In the blink of an eye.

Perhaps the most-dreaded “obstacle” to a successful hunt is falling out of a tree stand.

Paul Meeks preached and taught hunter safety for 40 years, then, last year, it happened to him, and was almost tragic. He tells the story so others know it can literally happen to anyone in a heartbeat — and not just in a climbing stand, but even in a box stand.

Last season, he and his son, Ilar Paul, headed to Kansas on Dec. 13 to hunt. Kansas weather is often rough in December, but they had a good first-day hunt from commercially made, elevated box blinds that helped cut the cold and wind. The second day, they decided on an all-day sit. They saw several good bucks, but none they wanted to shoot. That afternoon the sun came out and the snow melted a little, creating some icy footing.

On the morning of Dec. 16, they decided on another all-day sit, expecting the deer to be move in the better weather.

“We took the Ranger to our stands,” Meeks said. “I dropped Ilar off at his stand and reminded him that I would see him at dark. I parked, gathered up my equipment and headed for my stand. It was a beautiful morning, and there wasn’t a thought in my mind of any danger with getting into my stand.

“Before I knew it, I was hanging upside down over the edge of the platform, supported by only a one-handed grip on the handrail. I could feel my grip on the rail slipping but there was nothing I could do but let go. Next, I was falling toward the metal braces that were attached to the blind’s legs.

“Immediately, my left side was on fire with pain. When I decided I wasn’t dead, I tried to move. I couldn’t — my clothing was hung on the metal brace that ripped through my ribs. At that point, I tried to gather my sense. Fortunately, I could reach my cell phone and called my son. He was there in just a few minutes, put me in the Ranger and headed to our truck.”

Meeks was stabilized at a nearby hospital before a trip to a trauma center in Wichita. He is back on his feet and, miraculously, almost totally recovered.

“I want to give credit to God for His presence through this whole ordeal and the miracles that I know he performed,” Meeks said. “That’s the only reason I’m here today.”

The Womack Journal: Acorn drop and there he is

Warren Womack of Bluff Creek talks about searching for a 6-point he killed over a Nuttall Oak tree on Nov. 17, 1974. […]