There was a big buck hanging out in the same area constantly, a buck that visited his favorite hang-out one time too many. On Nov. 3, Richard Hennigan, 47, who works as a nurse and lives just outside Jonesville, couldn’t believe his good fortune when the buck gave him one last chance and this time, the buck was down for good.

“I hunt on family land in Concordia Parish,” he said. “I have had a particular buck on cameras for the past four years. I have had several chances at him but in watching him over the past four years, I saw that he had potential to become a real impressive buck, so I passed him up. This year I decided to take him as he had probably reached his maximum potential.”

On Oct. 3, while sitting in his Red Neck blind, the deer approached what Hennigan calls his ‘buck stump’, an old stump on which he covers with rice bran. The buck was still in velvet when Hennigan got the shot he thought he wanted, hit the trigger on his crossbow and watched the deer run away. 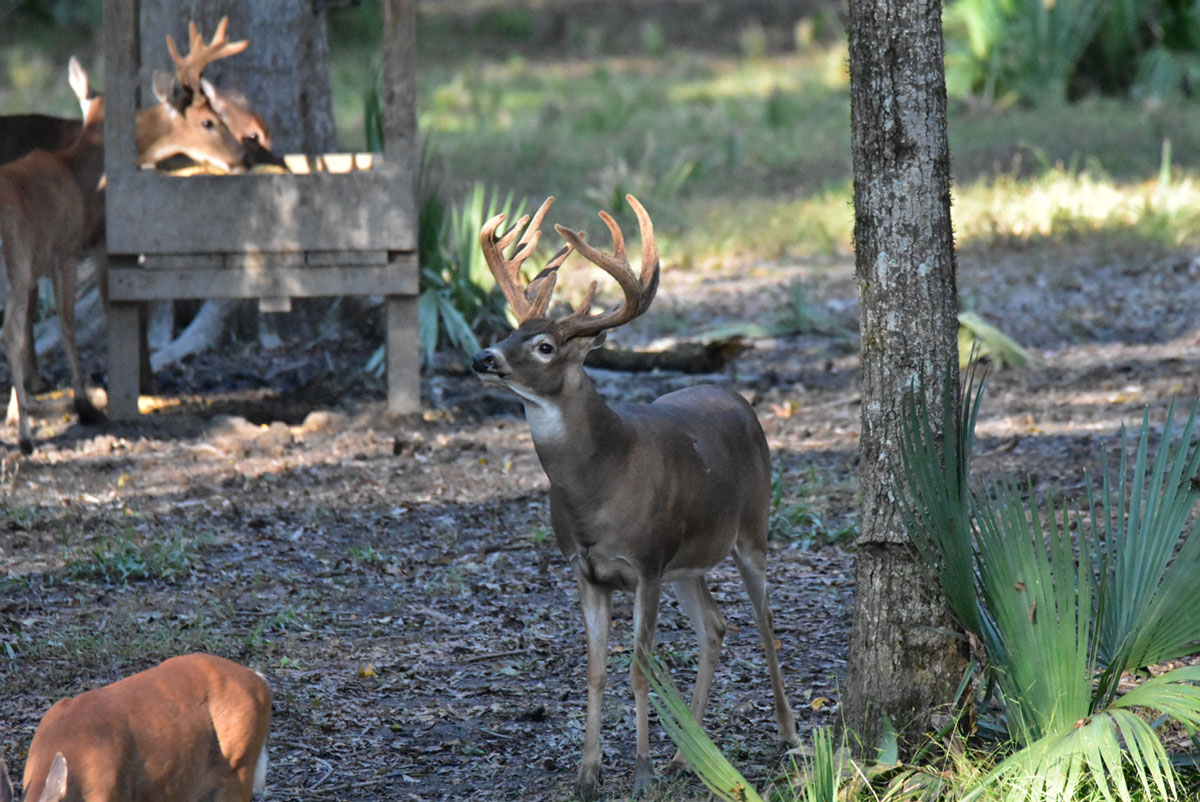 “I looked the area over and never found any sign that I had made a good shot on the buck,” he said. “A week later, I was back in my blind when to my surprise, the buck showed up again and presented the same broadside shot. I shot again and once again, the buck took off.”

Someone with a blood trailing dog was called in and after a thorough search, the dog owner surmised that after finding so little blood to track, the buck was probably still alive.

“I was surprised again when my camera showed the buck was back on his old stomping ground on Nov. 1,” Hennigan said. “I wanted to hunt the next day but I had to pick up my girlfriend at the airport late that afternoon so I passed on the chance to hunt that day.” 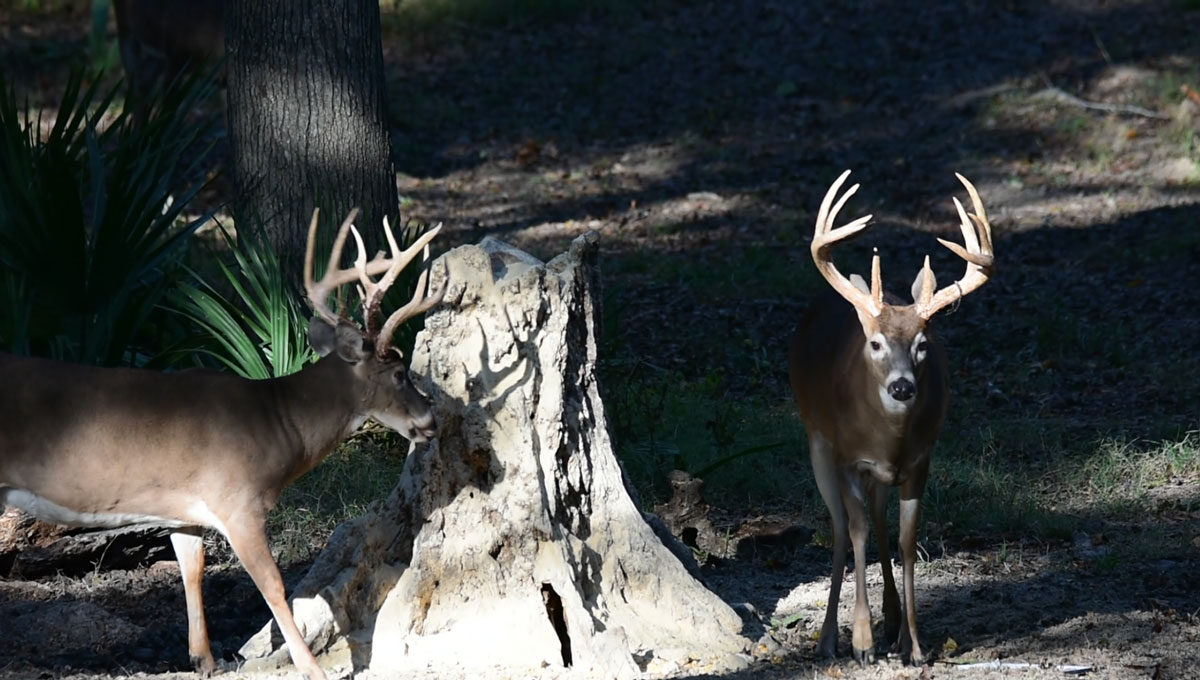 On Nov. 3, Hennigan and his girlfriend climbed into his blind shortly after noon. This time, Hennigan laid aside his crossbow and picked up his Diamond Outlaw compound bow along with Carbon Express arrows tipped with Rage Hypodermic broadheads.

“A cold front had come through the day before and I felt like this would be a good time for a buck to move,” he said. “I was once again surprised when the big one came onto the lane in front of my stand. He continued to make his way to the stump and started feeding on the rice bran. At 20 yards, I released my arrow and watched him run and fall after running 30 yards.

“When I got to him, I saw where I had hit him both times with my crossbow, with entry points of the bolt only inches apart. Both bolts had hit just below the spine and above the lungs, neither of which would have proved fatal.”

The buck, which weighed 280 pounds was between 6 ½ and 7 ½ years old, carried a rack of 11 points with an inside spread of 16 inches. The mass was impressive with bases measuring six inches each with the last measurement being over four inches. Hennigan carried the rack to Spotted Dog Sporting Goods in Columbia where it was measured at 170 4/8 inches.

Turner gets a big win with Morehouse buck

John Larkin Turner of Mer Rouge harvested a giant 10-point buck off his family farm in Morehouse Parish on Dec. 11. […]

Cody Holmes was hunting on family land in East Feliciana Parish when he shot a big buck three times on Jan. 2. […]

About Glynn Harris 441 Articles
Glynn Harris is a long-time outdoor writer from Ruston. He writes weekly outdoor columns for several north Louisiana newspapers, has magazine credits in a number of state and national magazines and broadcasts four outdoor radio broadcasts each week. He has won more than 50 writing and broadcasting awards during his 47 year career.