The big 12-point Allen Parish buck that had shown up only one time on Joshua Saucier’s trail camera made his move at exactly the right time for the 36-year-old Turner Industries employee from Ragley. Saucier dropped the buck in it’s tracks at 60 yards late on the afternoon of Oct. 17.

Firearms season for deer in Area 3 where Saucier was hunting opened on Saturday, Oct. 16.

“I’m active in my church and my wife and I attended worship services that morning,” Saucier said. “After we went home, had lunch and watched a football game on TV, I was thinking about the picture of the big 12-point I had seen only three days before on my trail camera. My wife encouraged me to head on out that afternoon to see if I might be able to see the buck. It didn’t take much persuasion for me to agree with her so I took my 12-year-old son, Wyatt, with me and we headed for the lease late that afternoon.”

Saucier, who lives in Ragley, has only a 20 minute drive from his home to his deer lease, Clear Creek Hunting Club which is a 5,000 acre plot of land leased from timber companies.

“My pastor is president of the hunting club, he encouraged me to join and this is the first year I have been in the club,” he said.

Scouting the property prior to season opening, Saucier had located an old rub line along an old logging road that separated planted pines from a marshy area. He dropped his son off in a box blind and told him to stay put until he came to get him at dark.

“On my way to the area Sunday afternoon, I was walking the rub line and noticed a new rub on a sweet gum sapling,” Saucier said. “The wind was in my favor so I decided to hang my stand giving me a good view of the line of rubs I had found. I fastened my climbing sticks, climbed a tree and secured my ‘saddle’ stand which gave me a good view of the area.”

Along about 6:30, Saucier saw a doe walking down the old road and he thought about taking a shot at her. However, he elected to let her walk, knowing any chance at the big buck would be over.

“She walked on past me and I was worried she might catch my scent so I eased my saddle stand around to watch her when I saw movement in the woods,” he said. “At first I wasn’t sure what the other deer was except it had a big body and I figured it was a buck; it was following the doe. I picked up my rifle – I was shooting a 25-06 H&R – got the scope on the deer and saw one side of the rack. He stopped in a little gap 60 yards away that gave me a perfect but narrow view of his shoulder, so I shot and he dropped.” 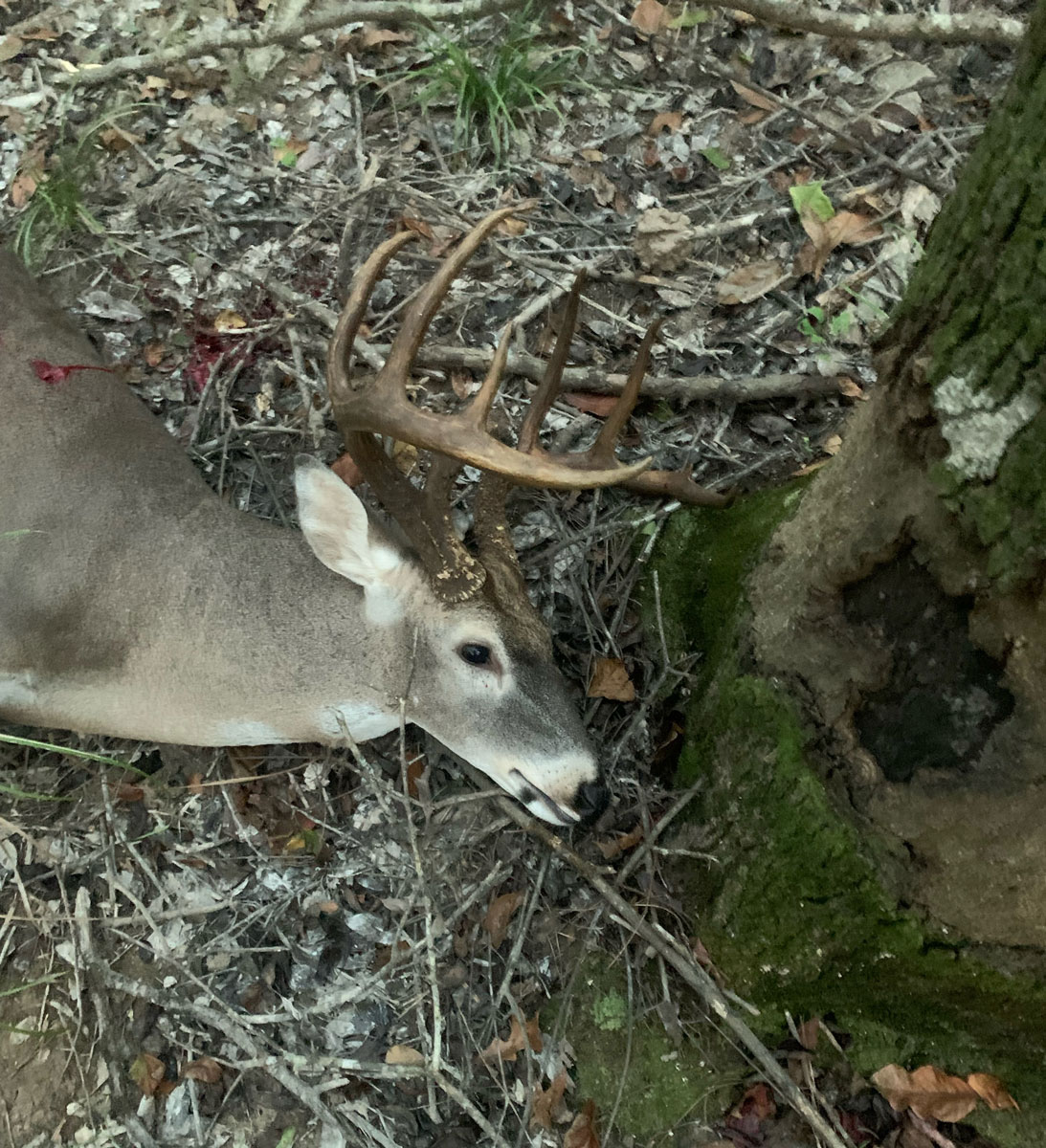 Climbing down, he started walking toward the fallen buck and remembers that it seemed to grow in size the closer he got to it.

“When I got there and saw it was the buck I had seen on camera only once, I dropped to my knees and thanked the Lord for blessing me with this buck,” he said.

The buck carried a main-frame 10-point rack with splits on both brow tines giving it 12 points. Estimated at a weight of 200 pounds, the rack had a 17-inch inside spread. He took the deer to taxidermist Chancy Frith at K&K Taxidermy in Ragley who measured the rack at 149 2/8 inches. 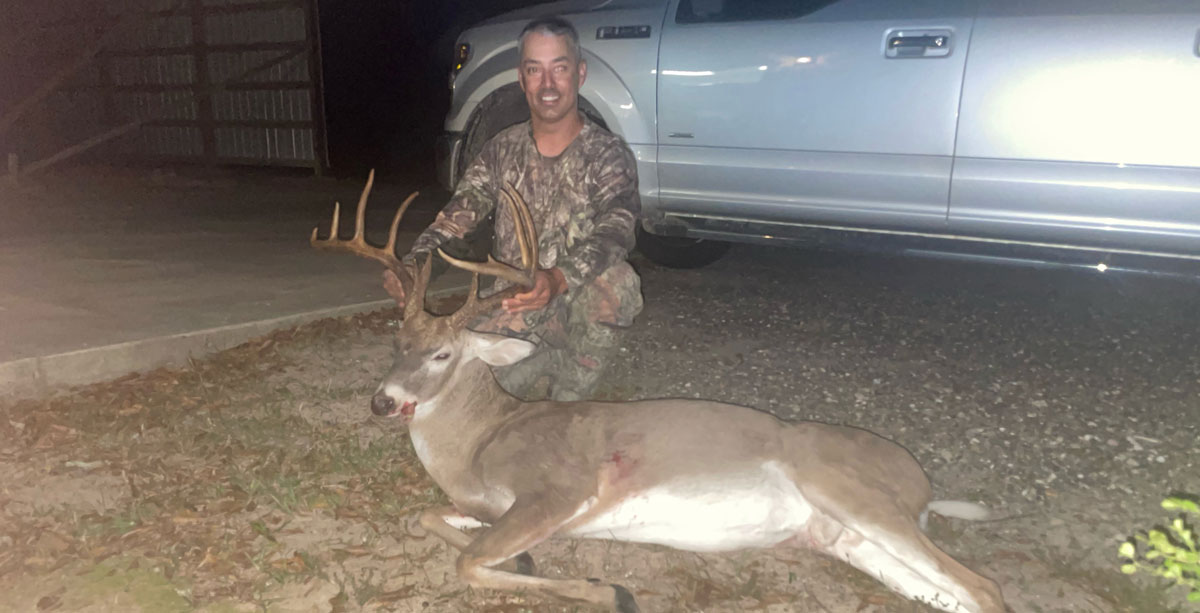 “I picked up my son, got my 4-wheeler from my truck and we went to where the deer had fallen. As thrilled as I was,” he said, “I think Wyatt was even more excited.”