Dr. Michael O’Neal would no doubt have gotten a big 12-point buck even without his 7-year-old son Wesley’s whispered instructions, but the fact that the youngster was there with him added something extra to the hunt.

O’Neal, an internal medicine physician who works Ochsner Health Center in Monroe, La., had his son with him on Oct. 9 on Ashbrook Island along the Mississippi River, a hunting club in which he holds membership.

“I was targeting a buck that first showed up on our cameras in 2017 as a 10-point,” O’Neal said. He was a 10-point the following year and then in 2019, he had developed two ‘kickers’ that carried over to this season.” 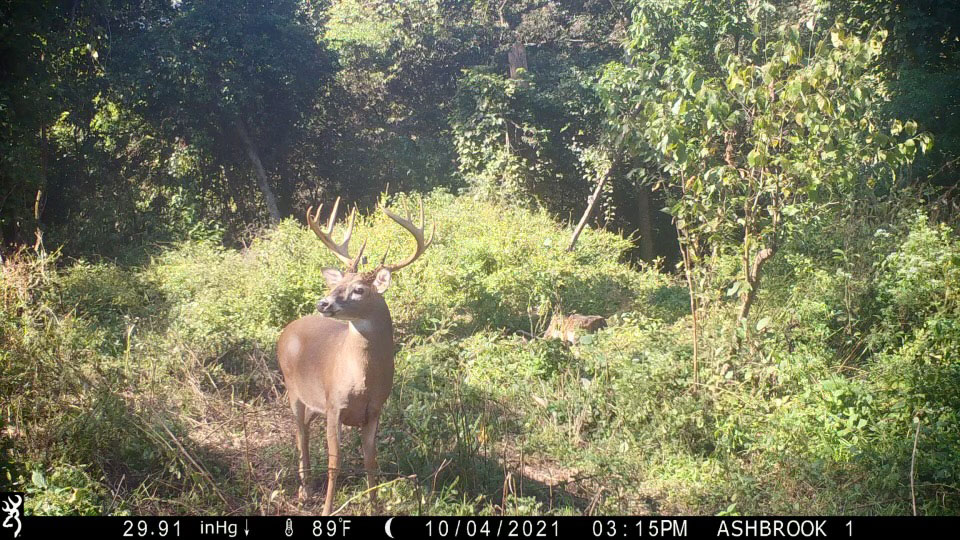 Around 4:15 on the afternoon of Saturday, Oct. 9, O’Neal had his son, Wesley, with him and chose a site to hunt from a lock-on stand that overlooked several persimmon trees that were producing fruit, a favorite food for deer.

“There were actually two lock-on stands in a tree and I got Wesley tied in and secured on one of the stands while I got in the other just above where he sat,” O’Neal said. “I had been teaching him about the age difference in deer and that afternoon, we got to see several of different ages as the deer began showing up to feed on the persimmons.”

With the first deer showing up within minutes after settling into their stands, the father and son got to speculate on the ages of the bucks.

“We had a small 6-point and then another little 8-point show up and Wesley was whispering to me correctly that these bucks were immature,” O’Neal said. “Later, I saw a bigger deer standing behind some brush at around 50 yards and when it stepped out, Wesley whispered, ‘Dad, that’s a mature buck,’ He had my phone and began videoing the buck as it approached the persimmon tree. When it got there, Wesley whispered, ‘Dad, you gotta shoot this one; he’s mature.’”

The youngster became impatient and wondered why his dad hadn’t taken a shot at the buck, but there was a slight problem.

“Wesley had a good clear view of the deer but there was a small branch in the way obscuring my visibility,” O’Neal said. “When the buck finally stepped out from behind the branch at 18 yards, I released the arrow.”

O’Neal shoots a Mathews bow and uses Gold Tip arrows and Rage broadheads. His shot was dead on as the buck only ran 25 yards before tipping over. 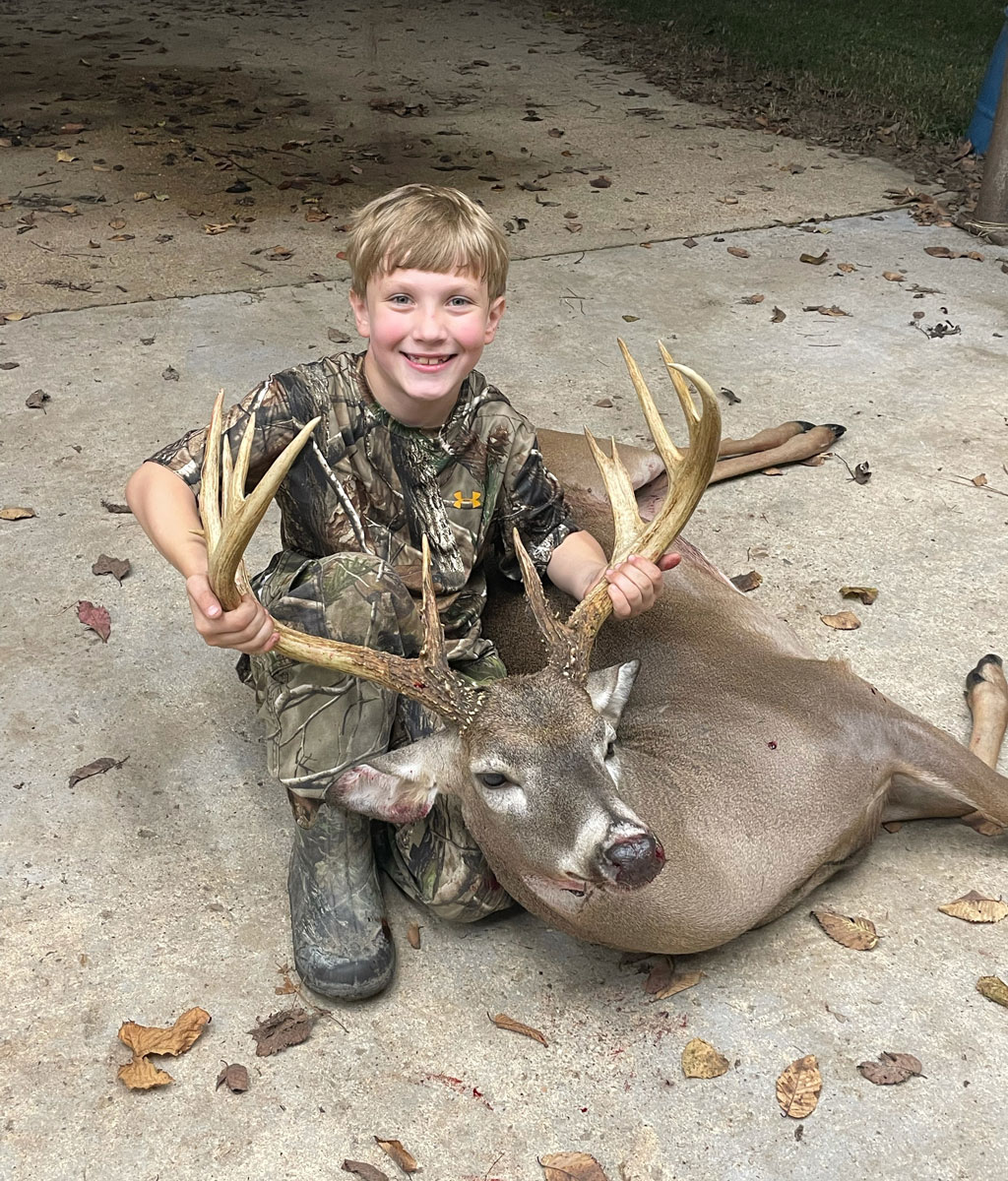 The buck, estimated to be 7 ½ years old, had lost weight over the years, probably weighing 220 pounds in its prime but weighed in at 199 pounds. The rack was a main frame 10-point with two sticker points making it a 12-point. Inside spread was 19 inches, main beams were 22 inches each with good mass throughout the rack. The buck was green scored at 149 6/8 inches.

“This hunt would not have been nearly as special had Wesley not been there with me to witness the whole thing,” O’Neal said. “When we got down, he wanted to follow the blood trail even though the deer had fallen within sight of us. When it was all over, he said, ‘Dad, I was your good luck charm today and I think this is my favorite memory of all time.’”

It’s likely lessons learned on this hunt and a special memory are something the youngster will carry with him when he’s old enough to hunt on his own.