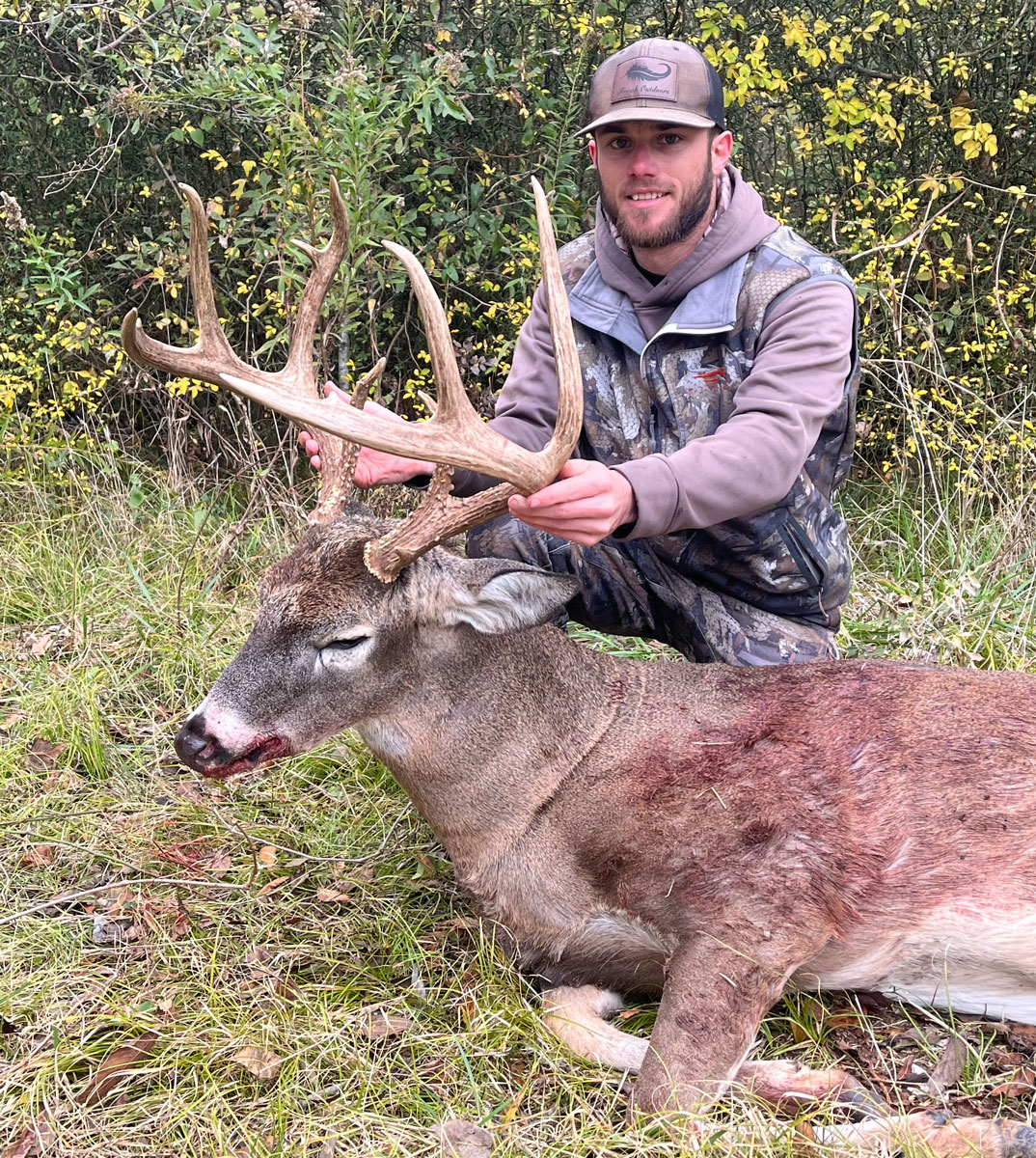 There is one tree located on the Loggy Bayou Wildlife Management Area in Bossier Parish that proved to be the right spot for two deer hunters from south-central Louisiana. After Dalton Snoddy, 26, who is employed with utility companies constructing power lines, downed a big 165-inch buck, his buddy sat next to the same tree the next day and downed a fine 10-point buck.

Loggy Bayou is rather unique in that it contains one of the few remaining bottomland hardwood areas in northwest Louisiana. The 6,558-acre area located 20 miles southeast of Bossier City features lowland hardwoods that annually flood. It provides habitat for not only some big whitetail deer, but squirrel, rabbits and waterfowl are also in abundance there.

On Thanksgiving Day, Snoddy and eight friends left their homes in Turkey Creek and drove to a public camping area near the management area.

“We set up our camp near the area and spent the afternoon scouting to look for deer sign and places to be able to hunt the next few days,” Snoddy said.

Finding deer trails, fresh rubs and scrapes in an area with adjacent thickets gave Snoddy the feeling that he may have located an area with a chance to get a crack at a big buck.

“Friday morning, I went to the spot and because the area was too thick to put my lock-on stand up on a tree, I sat on the ground,” he said. “I didn’t see anything and that afternoon I came up with the idea of mounting my stand low on the tree so I’d have a place to sit with my feet on the ground. I shot a 5-point buck that came through on the trail of a doe.”

The next morning, Saturday Nov. 27, Snoddy was back at his tree where he again mounted his stand near the ground.

“As I was walking in, I spooked a doe that was near my tree,” he said. “Then after it started to get daylight, I had another doe hanging around me. At around 7:45, I was looking to my right and I happened to turn and look to the left and I caught a glimpse of a big-bodied deer with a nice rack at about 100 yards away.  I shoot a Remington Ultra mag .300 and I put the scope on an opening ahead of the deer. When he stepped into it, I made a noise to stop him and hit the trigger. The deer took off at the shot.” 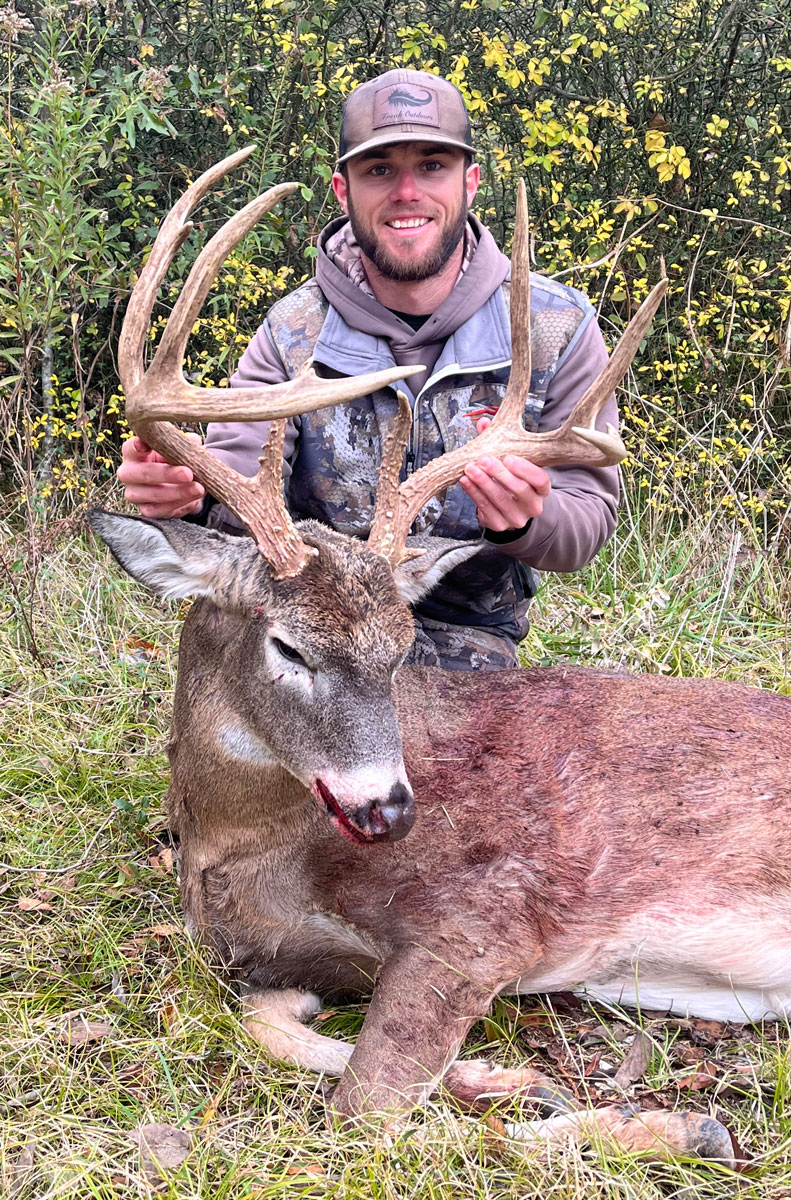 Calling one of his hunting buddies, Snoddy told him he’d shot a buck but was not sure just how big it was.

“I walked to where the deer was standing when I shot and didn’t find any blood,” he said. “Then I noticed that you could see leaves on the ground disturbed and I followed that line of overturned leaves and found the buck piled up 40 yards from where I shot him. When I got to him I couldn’t believe how big he was; I had no idea he was this big.”

The buck, which weighed 240 pounds, sported a massive rack that was a main frame 10 but with three sticker points gave him a total of 13 points. Bases were 5 inches each with mass that carried throughout the rack. Inside spread was 19 inches. A biologist checked the deer and estimated it to be 5 ½ years old. Taking the buck to K&K Taxidermy, the buck was unofficially scored with 165 inches of antler mass.

“My buddy went back the next day and sat where I had been sitting and got a nice 10-point,” Snoddy said. “I guess that must have been a lucky tree to sit by.”