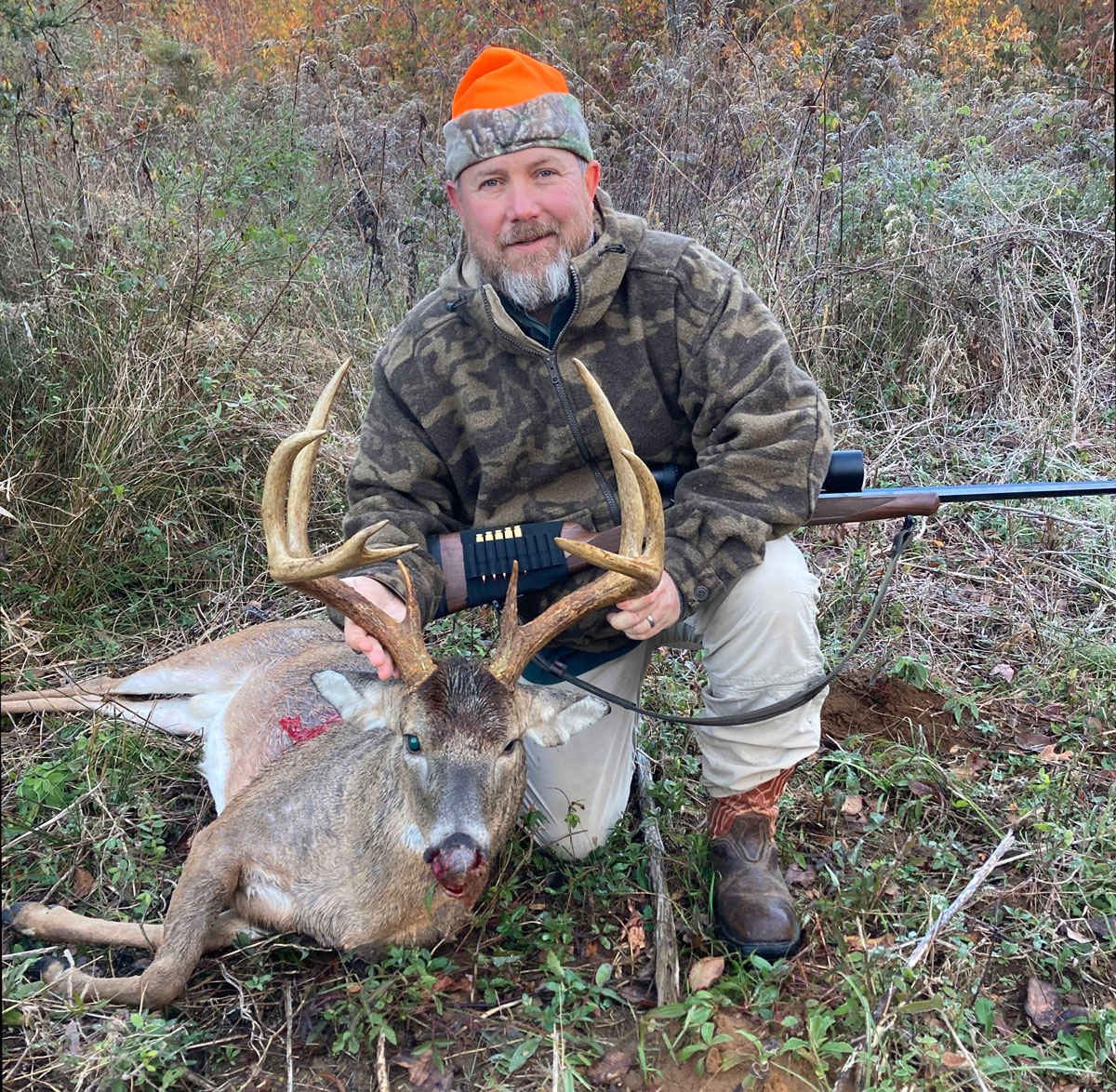 Ruston businessman Mark Johnson, 53, who is the owner of a plumbing company, hunts on his Hooks and Horns lease in Jackson Parish and on property he owns in Claiborne Parish. He has already taken a good buck on the Claiborne Parish property but felt he needed to hunt close to home for now.

“We’ve been busy at work and I decided if I wanted to be able to deer hunt, I needed to hunt on the 40 acres where we live so I could be close to the office if needed,” Johnson said.

On the back of the property in rural Lincoln Parish, Johnson has fenced in an area where he raises a big garden each year. He has installed a box stand against the fence on the east side of the property enabling him to hunt while keeping deer out of the garden.

On Sunday morning as Johnson was enjoying a cup of coffee before heading with his wife to church, he got a text message and photo from his son, John, who was on a hunt in Kentucky. A camera on the property across the fence from his deer stand had alerted John. The accompanying photo was of a big buck standing just out from the stand. The text message contained a single word….”Wow!”

Everything falls into place

Tuesday morning, Nov. 23, dawned cold and frosty with temperatures in the low 30s. Johnson climbed into the stand before daylight and soon, several does came out of the thicket and went to the feeder he had installed. Soon after daylight, he saw a deer step out into his shooting lane and saw it was a big doe. Five minutes later, a second doe stepped out into the lane.

“I had my binoculars on the two does and watched as they walked up toward the feeder” he said. “While I was watching the does, I heard a single ‘grunt’ and this big buck stepped out behind the doe as she took off in a run toward the feeder. I laid down my binoculars and picked up my rifle, a Winchester .308, looked back to where the buck was standing and he was gone.

“My heart sank but then he popped out as he had cut a corner on the doe and stepped into an opening. I stopped him with a ‘meah’ sound and got a bead on him and hit the trigger.”

The tale of the tape

The buck ran about 50 yards where Johnson found him piled up. The buck, a main-frame 8, had a sticker point making him a 9-point. The buck weighed 185 pounds, was estimated to be 5 ½ years old, bases measured 4 ½ each with 21 and 22 inch main beams and a 16-inch inside spread.

The rack was taken to official scorer Greg Hicks who put the tape on him and came up with 142 2/8 inches of antler mass.

“While I was standing in line to get my buck scored, “Johnson said, “a guy behind me showed me a picture on his cell phone of a buck his trail camera had taken. It was the same buck I had shot and the photo was taken three to four miles further away from my place. I didn’t know if I should apologize or not because I’m usually on the other end of similar situations,” he chuckled.