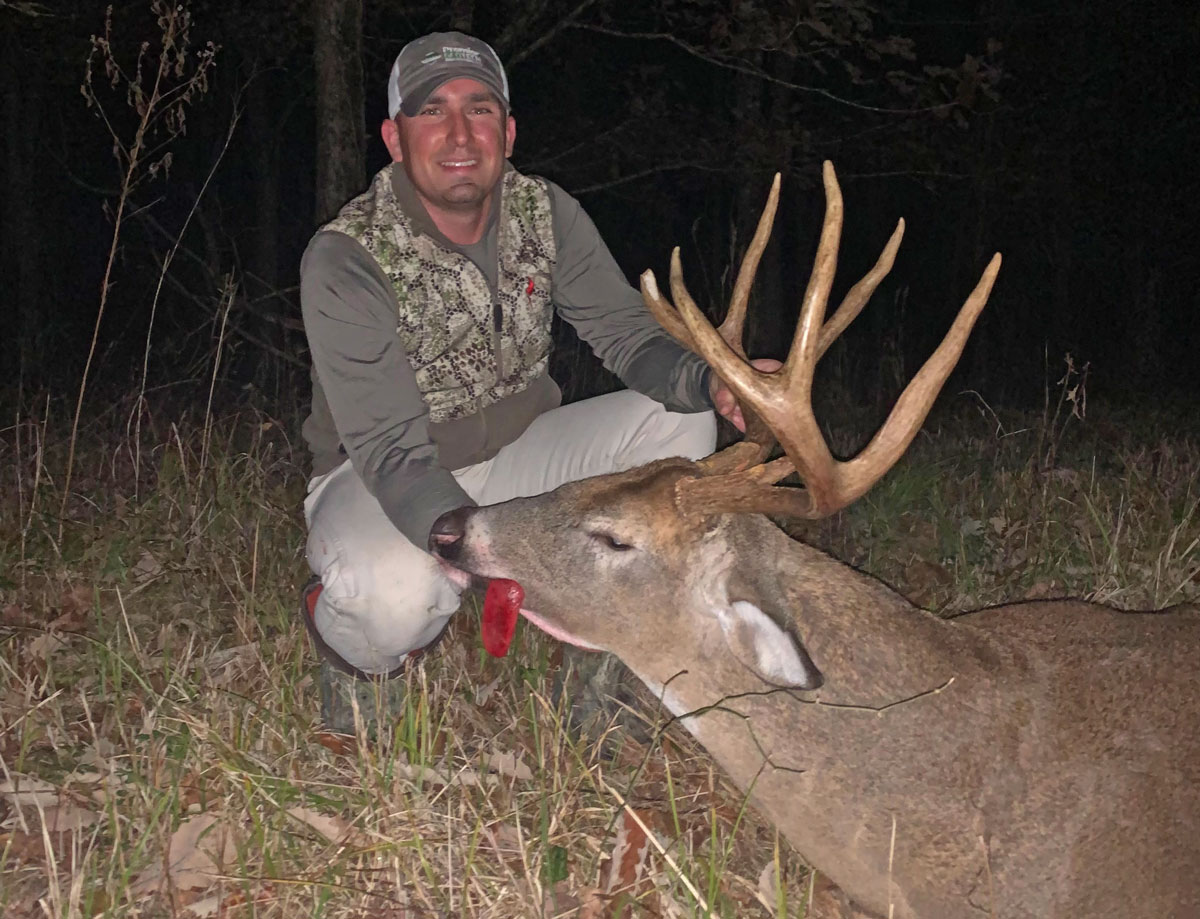 Tyler Roberts of Gonzales was at his grandmother’s house in East Texas getting ready for a week of vacation in the woods deer hunting when his dad called and told him they had an invitation to hunt a special piece of property back in Louisiana’s DeSoto Parish Sunday afternoon, Nov. 21.

The productive piece of property belongs to a close friend of his dad and they only get to hunt there a couple of times a year, so Roberts loaded up and headed to meet his dad and brother. The temperature was 70 degrees, a front was coming and the south wind was kicking up, so Roberts began to second guess his decision as he headed for the stand.

By the end of the day, there was no more doubt. Roberts shot an 8-point deer that weighed 260 pounds and scored 140. The deer would have scored over 150, but one of the main beams was broken off and both brow tines had the ends knocked off.

“There’s no doubt that deer was a fighter,” he said. The deer even fought to get away after it had been shot.

In the nick of time

Roberts sat in the stand for about an hour before he saw any movement, and he was surprised he saw anything with the weather changing and wind blowing. First he saw a couple of smaller bucks and then a couple of does. It was getting close to the end of shooting time when he noticed a big deer stepping out of the edge of the woods about 90 yards away. He only saw the body at first, but he quickly raised his gun and looked through the scope.

“That body, man, I knew it was a buck and a shooter because it was huge,” he said. “Then I saw the thick antlers and there was no doubt. The only problem was that buck wasn’t going to stop. He was walking right across the opening so I had to get on him and pull the trigger fast. By the way he reacted, I didn’t know if I hit him, but I felt confident I was on him.”

The big buck bolted into the woods and Roberts was able to watch him run about 60 yards through the woods. He anxiously awaited hearing a crash, indicating the deer was down, but it never came.

“Oh, man, I started thinking I missed,” he said. “I walked down to where I shot him and didn’t find a drop of blood. Nothing. My dad and brother came and we searched everywhere, but no blood. We decided to just walk in the woods a ways from where I last saw him and in a little bit, we came up on him. I was amazed at how big he was. It is my personal best deer by a long way.” 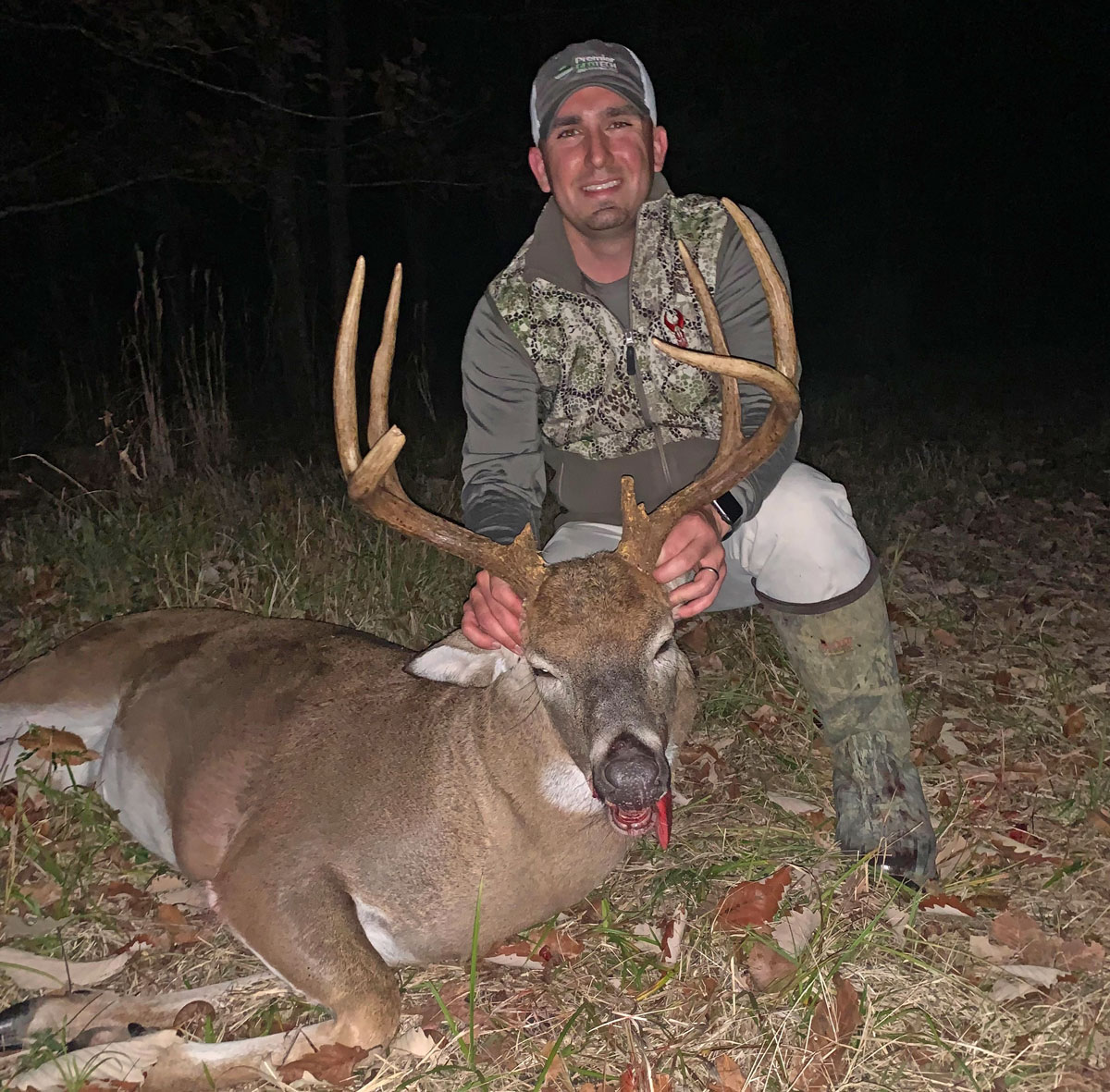 Roberts shot the deer with a Ruger 170 and Hornady 130 grain bullet and hit him square in the shoulder. But there was hardly any bleeding. The shot didn’t pass through the thick deer.

“I was just blessed to get to hunt that place, then to get a shot and the bottom line is I was just in the right place at the right time,” he said. “I think the thing that we mess up on sometimes hunting is that we let things discourage us. Whatever the weather, the conditions, still go and hunt. See what’s out there. And if you shoot at one and think you hit it, don’t give up. Exhaust every possibility to find it.”

Robert is a project manager for Premier Geotech, an engineering firm. The harvest was so special for the 26-year-old Roberts that he didn’t even go back hunting the rest of the week. He figured it wouldn’t get any better than that.