Hunter Frey found himself in the wrong state, at the wrong time. Thank heavens for good vehicles and good highways.

Frey, a 27-year-old restaurant owner from Monterey, was hunting in Missouri in mid-November when a big buck he’d had in a number of after-dark trail-camera photos started showing up in daylight hours on his hunting land back home in Concordia Parish.

Frey got on the road and headed back to Louisiana, shortly after the daytime photos popped in on his cell phone. On Nov. 19, the opening day of gun season, he dropped the big buck near Black River Lake: a 156-inch monster that he guessed at well over 250 pounds.

“A few days after bow season opened, I started getting photos of him, sporadically, at night,” Frey said. “Sometimes at midnight, sometimes 30 minutes after dark, sometimes 5 minutes before daylight. 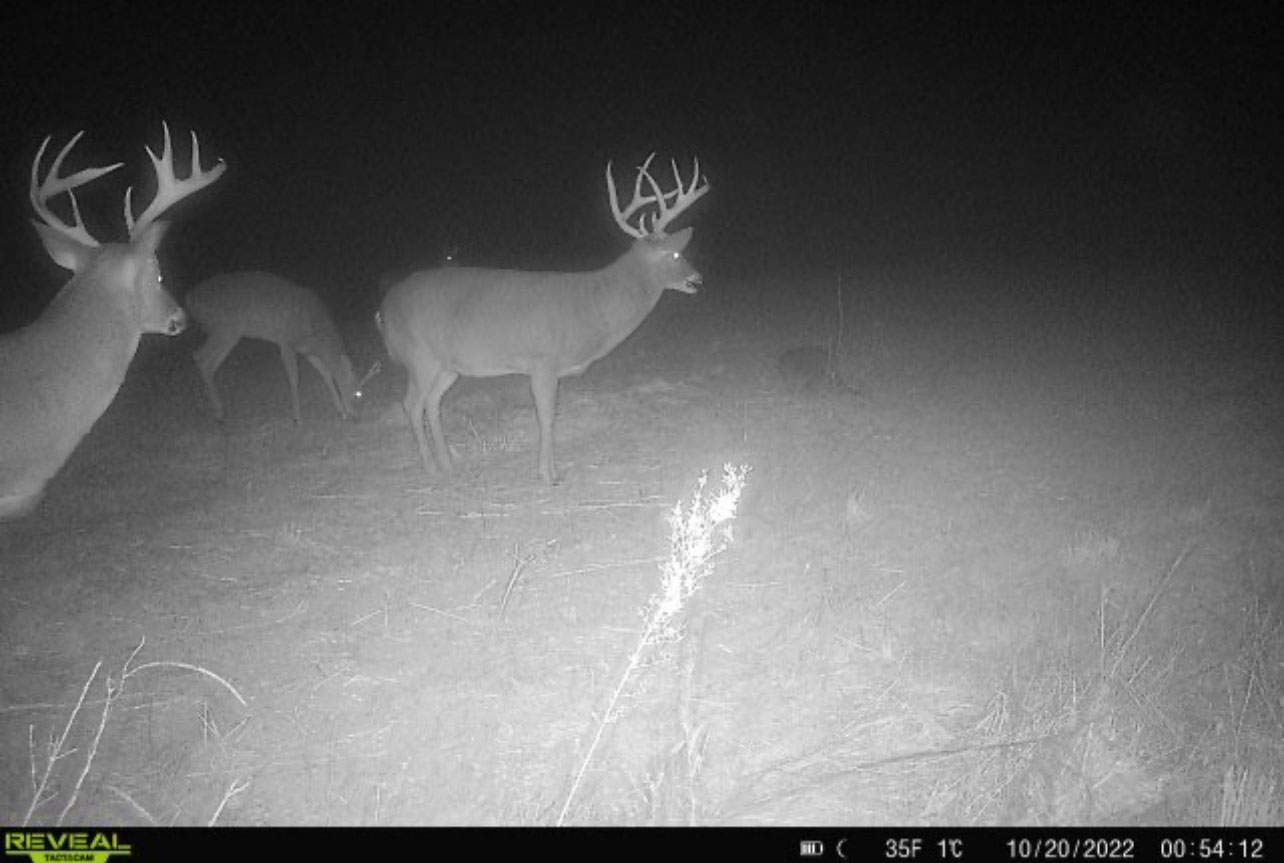 “I left and went to a farm I’ve got in Missouri for rifle season up there, and the hunting was rough. Then, we had a cold front come through, and the day-lighted the next morning around 6:30. I have some Reconyx cameras that send the photos to my cell phone. The same day, he came in at 3:45 and 4:45 in the afternoon.

Frey’s buck carried a heavy, 6×4 typical frame with three tines longer than 10 inches and a 16 ⅝-inch inside spread. Entered in the Big Buck Contest at Simmons Sporting Goods in Bastrop, he scored 156 ⅛ gross.

And his body was even bigger?

Frey was hunting a box blind overlooking a food plot planted in a Buck Buster seed mix. The buck showed in some tall grass off the food plot at about 120 yards, and Frey dropped him almost in his tracks with his Browning .308.

“He was grazing in the food plot in the photos we had of him at night, but in the daytime photos, it looked like he was just passing through,” he said. “You’d have two quick pics of him, then he was gone. I think he was just coming through on the way to his bed.”

Frey, who owns Jackie’s Riverside Restaurant in Jonesville, was hunting in a buddy’s box blind because of circumstances.

“One of the guys who hunts this land with me, Kerry King, he and I were both getting pics of this deer from our stands, which are separated by a tree line,” Frey said. “That morning, he couldn’t go, and the wind was going to be terrible for hunting my stand, so he said I could hunt his stand, and that’s where I was sitting.

“I got there about 20 minutes before legal shooting, which was 6:08, and at 6:23, I glanced over to my left and saw him standing in some tall grass. I got him before he could get back in the woods,” Frey said. “When I laid eyes on him, I didn’t have any second thoughts. I put it on him and shot him. He went about 15 yards. Then, when I got down and got to him, it looked like he got even bigger.”