Steve Minton, Jr. trusts his rifle and scope enough to take shots at bucks at distances some others might pass on. Combining a “cheat sheet” he has taped to the stock of his .280 Ackley Improved Rifle, he ranges the distance to the buck, dials in the distance on his Leopold scope, holds it on his target and has been quite successful in downing bucks in the 500-plus yard range.

Earlier this season, he was able to cleanly kill a buck at a distance of 565 yards. On Dec. 23, he came near to matching a shot at that distance with an impressive high scoring 8-point he downed at 496 yards.

Minton, 44, is a farmer living in Sicily Island. He hunts on family land of some 250 acres where he lives in Catahoula Parish.

“There was one particular buck that had captured my attention,” Minton said. “The first time we actually identified this deer was in September when we started getting trail cam photos of him in velvet. Because of the length of his G2s, I named him “Long Tine.” 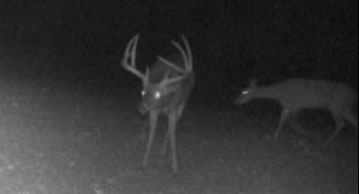 The morning of Dec. 23 was extremely cold for Louisiana. Instead of walking to his box stand, he drove his side-by-side to the stand, concealing it in brush.

“I got in the stand by around 6:15 that morning with the temperature at 15 degrees,” he said. “My stand overlooks a long old road we use to transport farm equipment. It’s wide open and I can see probably 1000 yards. The road splits stands of hardwoods on each side. I keep corn out on the road at about 300 yards from the stand.”

Soon after daylight, Minton watched two small bucks come out of the woods and began feeding on the corn. Then at around 8:30, he looked up to see the body of a big deer far down the road. At that distance, he could only see that this was a shooter buck, not necessarily Long Tine.

“I got my range finder on him and determined that he was standing broadside in the middle of the road at 496 yards,” Minton said. “I laid my binoculars aside, picked up my rifle and did the math to dial in my scope for that distance. Then I got the crosshairs on him, hit the trigger and he dropped.” 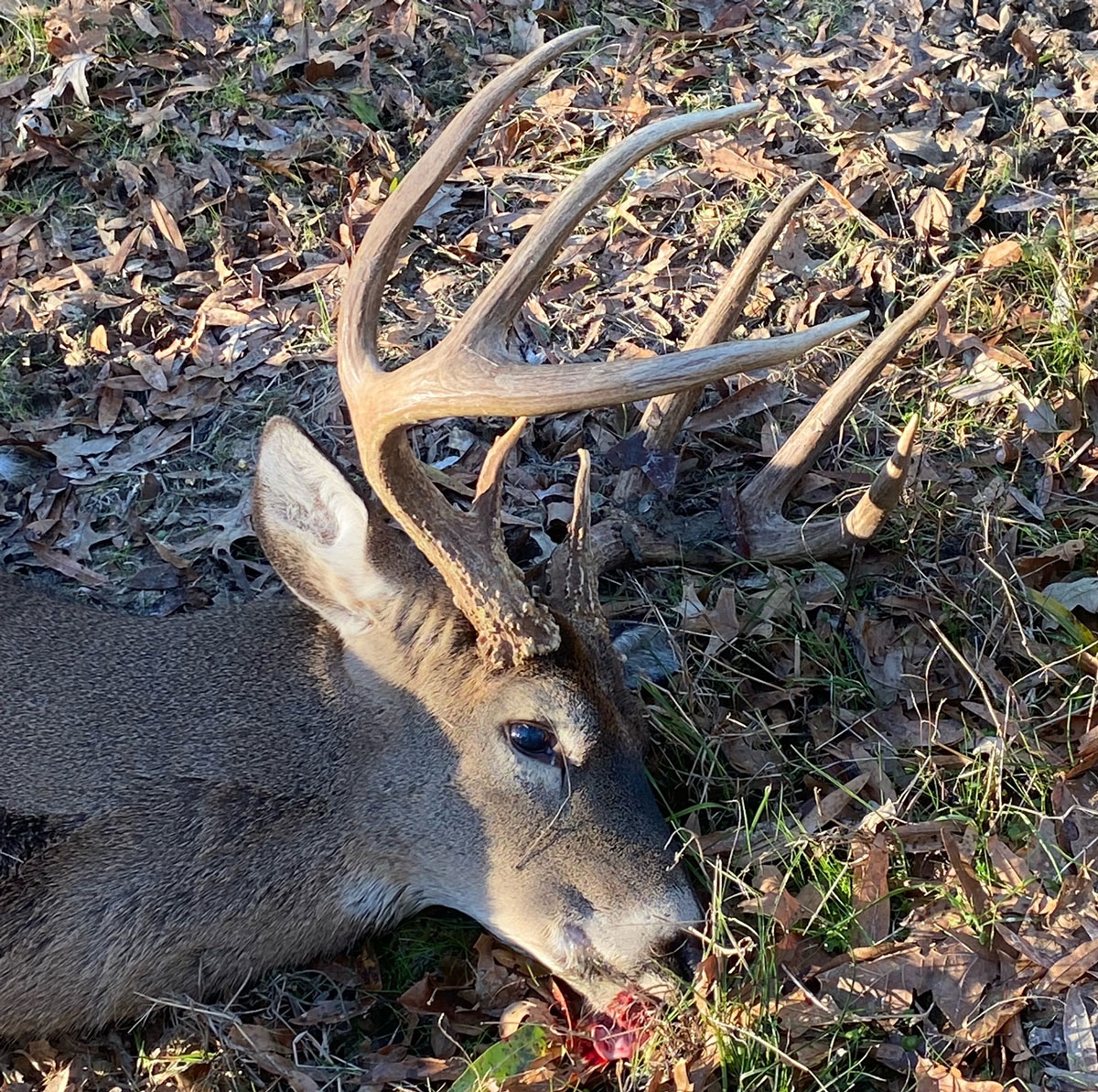 Realizing that deer will sometimes get up and run after being shot and falling, Minton watched closely and saw that the buck was trying to get up so he jacked another bullet into his rifle and shot, this time dropping the buck for good.

“I could see he was down so I gathered my gear, got in my side-by-side and drove down to him,” he said. “The closer I got, the bigger his rack looked and as I got closer, I confirmed that this was actually ‘Long Tine.’

The buck was mature, weighing 225 pounds and estimated to be 5½ years old. It sported a rack of 8 points with inside measurement of 18 6/8 inches. Main beams were 25 and 26 inches, one G2 was 14 inches with bases measuring 5 ½ inches each.

Taking the buck to Simmons Sporting Goods in Bastrop to be entered in the big buck contest, the rack measured an astounding 163 inches even, quite impressive for an 8-point.

The cottontail rabbit is the most common wild rabbit in North America. […]