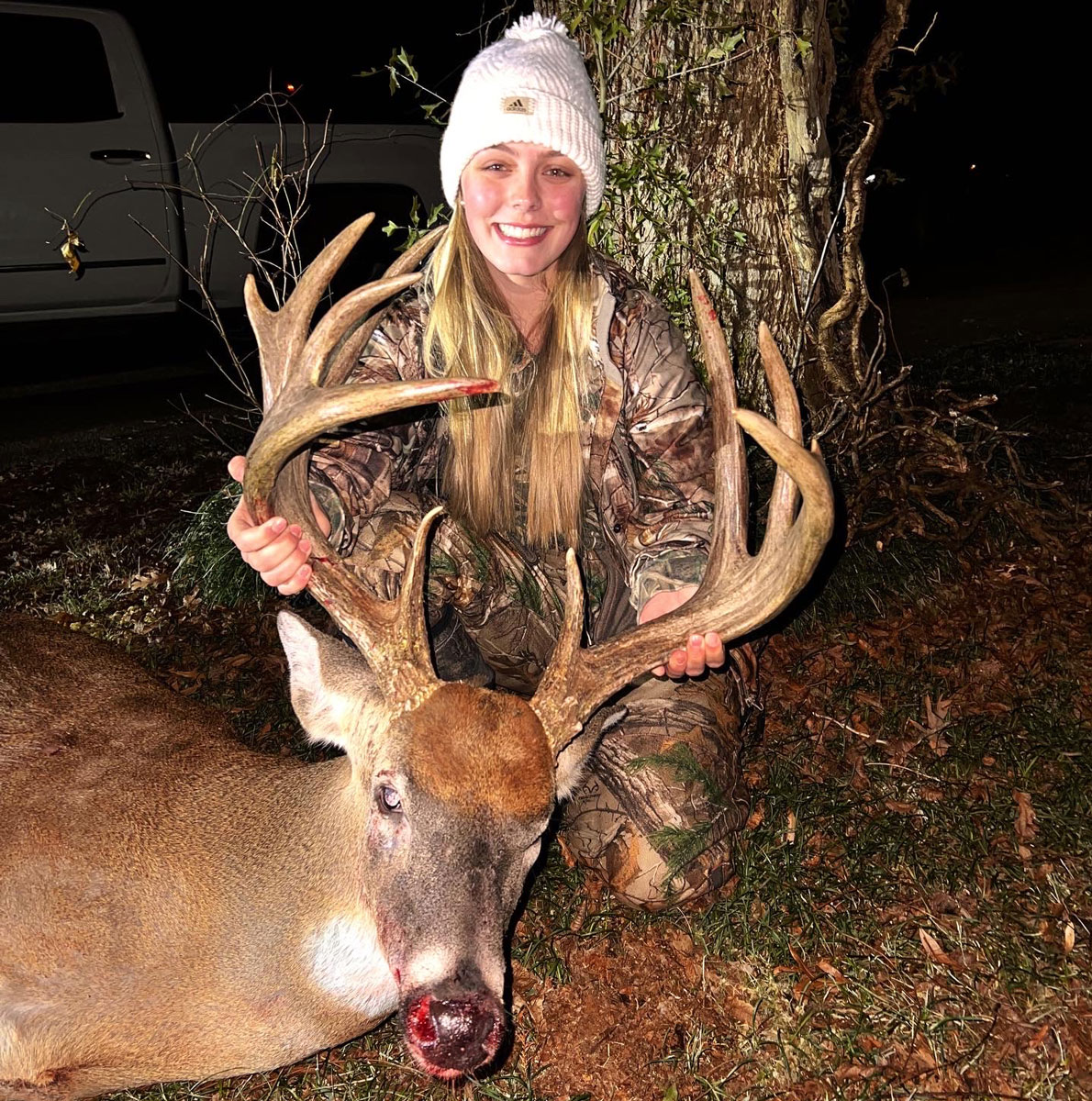 Jordyn Clayton, 20, a nursing student at Louisiana Tech University, followed her husband Zac’s advice to shoot the shoulder of a deer that had its head and massive antlers hidden from her by brush. But he could see it. She did as he instructed and ended up with a huge 12-point buck that scored 180 3/8 inches.

Jordyn and her husband live in Catahoula Parish and hunt on a 100 acre tract owned by her father, land that lies just across the highway from their home. On the afternoon of Dec. 26, the duo decided to walk across the road and head for their box stand located in an area overlooking an opening with heavy timber on each side.

“We left the house about 3:00 and walked to our stand,” Jordyn said. “After about half an hour, we began hearing lots of noises coming from the thick woods, and suddenly a doe came out running across the clearing and she was followed by two bucks chasing her. I told my husband that if one of them came back out, I might try and shoot it as they were both nice bucks.”

Zac suggested that she hold off because it was only 3:30 with plenty of daylight left to have a chance at an even bigger buck, should there be one in the area.

“Five minutes after the doe and two bucks came across, another deer came walking through the woods where the three had come from and it stopped before getting to the clearing,” Jordyn said. “All I could see was a big body as its head was behind some trees. Zac could see the head and whispered to me to quickly get my gun out the window. I still had no idea what sex or size the deer was because all I was looking at was the shoulder.”

Following her husband’s advice, she got her .270 out the window.

“At first I couldn’t find the deer in my scope, but Zac pointed it out to me and told me to hurry up and shoot before the deer took off,” she said. “He knew it was a fine buck, but I still had no idea since I had only seen the shoulder. So I shot and the deer took off like it wasn’t hit.”

In order not to disturb her sister who was hunting on a nearby stand, Zac suggested that they wait until legal shooting time was over to begin the search.

The buck weighed 285 pounds, was about 5 ½ years old and carried a rack of 12 heavy points. Inside spread was 17 inches, main beams reached out some 25 and 26 inches each with bases approaching 6 inches each. 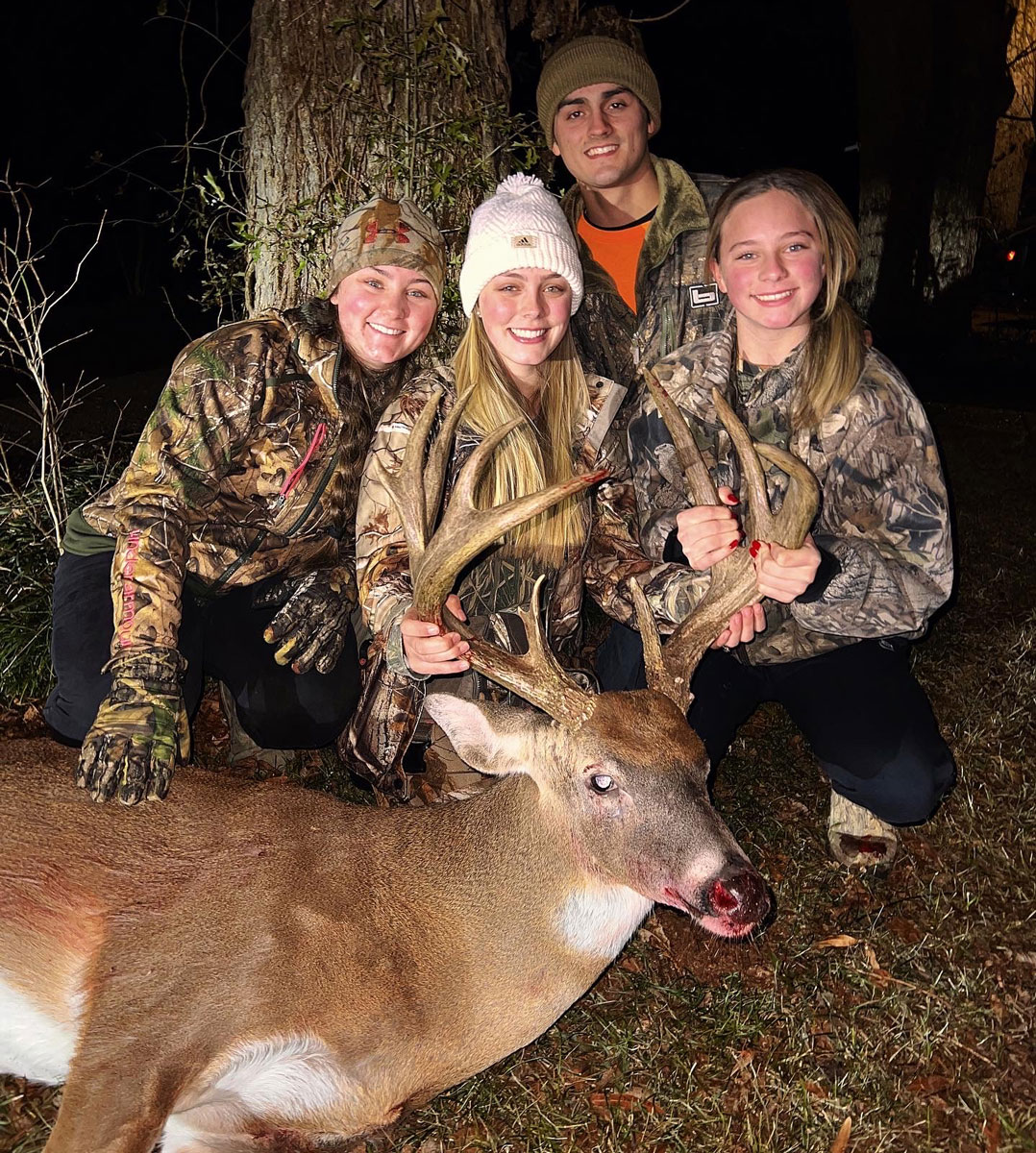 The buck was taken to Simmons Sporting Goods in Bastrop to be entered in that store’s big buck contest and the rack was measured at 180 3/8 inches.