Will Dear, 26, owner of Bayou Chrome and Service in Rayville, borrowed a friend’s rifle, climbed into a stand late in the afternoon of Dec. 14 with the idea of having a crack at a doe. Instead of a doe, a huge 13-point buck he never knew about came out.

Dear, who lives in the village of Archibald, hunts on a 40 acre tract of land near the Start community in Richland Parish, land owned by members of his family.

“I had built a box stand and put it up two weeks ago,” Dear said. “The land has some woods on the right and at the end of a small food plot I have out. I left work and wasn’t able to get on my stand until about 4:45 that afternoon. I still had my work clothes on, greasy and smelly, but I didn’t figure it would matter that much to a doe.”

While sitting in his stand, he took two phone calls related to his work and by the time he had finished talking, it was getting near sundown.

“My stand was facing west and the late afternoon sun was in my eyes so when a deer stepped out at 120 yards, I had difficulty telling what it was” he said. “My first thought was, ‘man, that’s a big doe.’ But when the deer started pawing the ground to make a scrape and stood on its hind legs to rub an overhanging limb, I knew it must have been a buck.”

Dear first got his binoculars on the deer and determined that it was a good buck. He put down the binoculars, put the rifle out the window and waited for a shot. The rifle, incidentally, was a Remington 300 Win mag he had borrowed from a friend because he was thinking about purchasing one but wanted to try one out first.

First, he called his wife to tell her he had shot what he thought was a good buck. Walking down to where the deer was standing, he found blood indicating that he had made a good hit on the deer. Next, he called his friend, Mason, who lives across the road, told him the story and was wondering if he might come help.

“Mason must have been baby-sitting because he came driving up in his side-by-side with his 8-year-old son in the seat beside him and his 8-month-old son strapped in a baby carrier to his chest. The baby was dressed in a bear costume,” Dear laughed. “Mason and I and the baby strapped to his chest followed the blood trail and found the buck no more than 50 yards from where it was shot.” 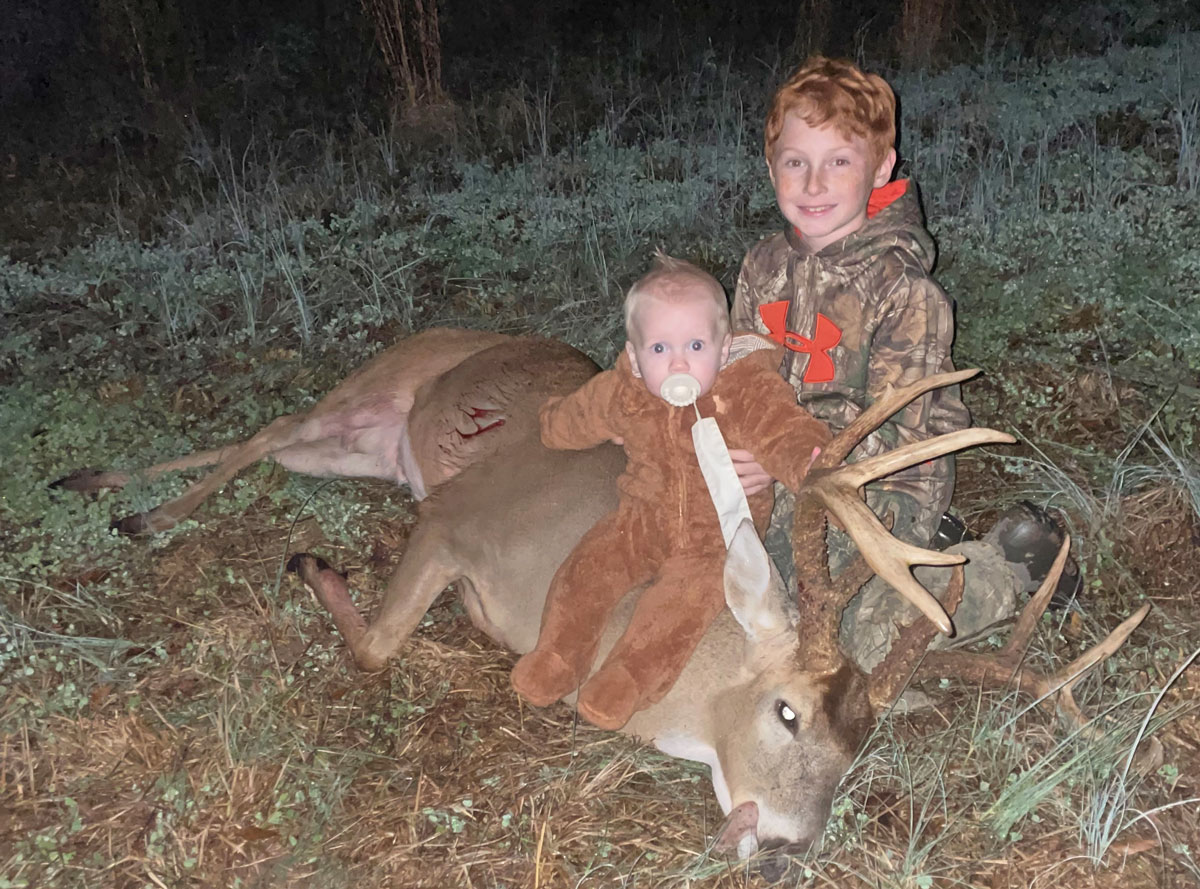 Mason was thoughtful enough to bring a baby bouncer with him, put the baby in the bouncer with his older son staying to watch the baby as he and Dear dragged the buck back to the side-by-side.

The buck was impressive indeed. Carrying a rack of 13 points with an inside spread of 20 6/8 inches with bases over 5 inches each, the buck weighed around 255 pounds and was determined to be approximately 6 ½ years old. Dear took the buck to Delhi Feed and Supply store to enter in that store’s big buck contest where the antler measurement was 178 1/8 inches. 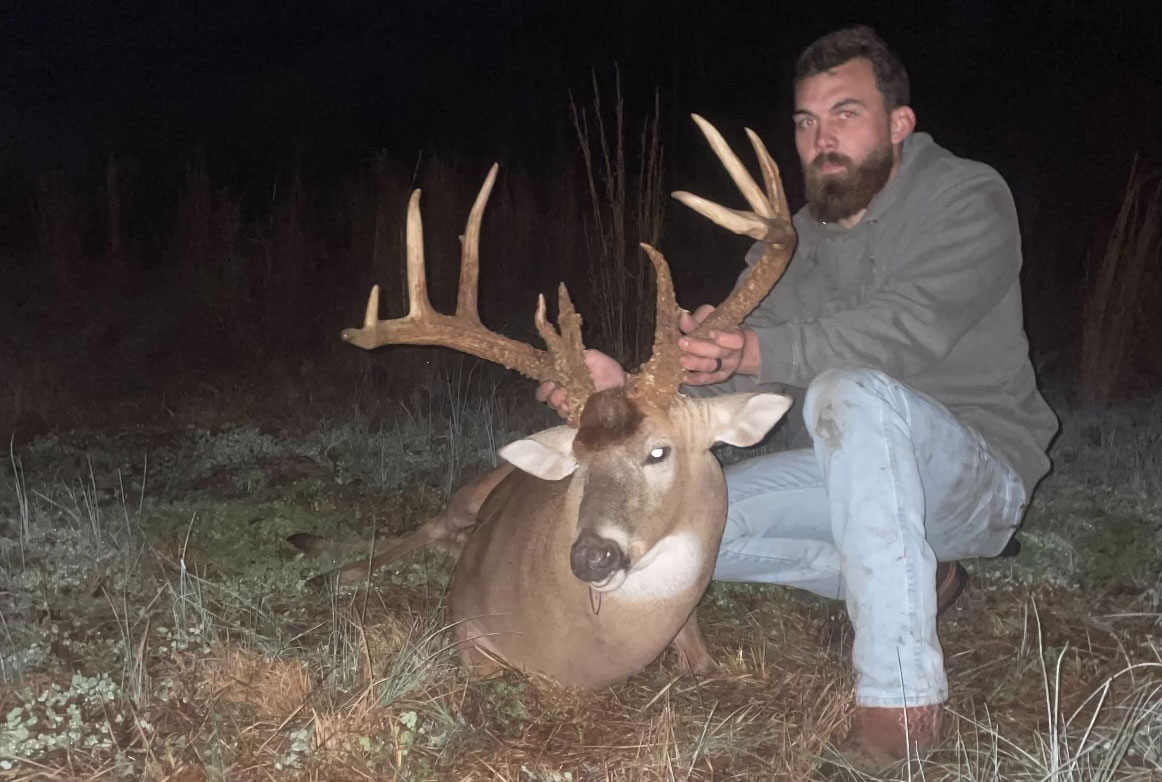 “When my buddy drove up to help with his 8-month-old baby dressed in a bear costume strapped to his chest,” Dear said, “I wondered how much help he would be. Fortunately, the buck only traveled 50 yards so we made it fine.”