The afternoon of Nov. 30 was a good day for Monroe resident James Holyfield. Climbing 35 feet high in his Millennium lock-on stand, Holyfield finally got his first eyeball-to-eyeball look at a huge buck he had only seen before through filming on his trail cameras.

“I had lots of photos and videos of this big buck from the time he had lost his antlers all the way as he grew them up until what he had on his head the day I shot him,” Holyfield said. 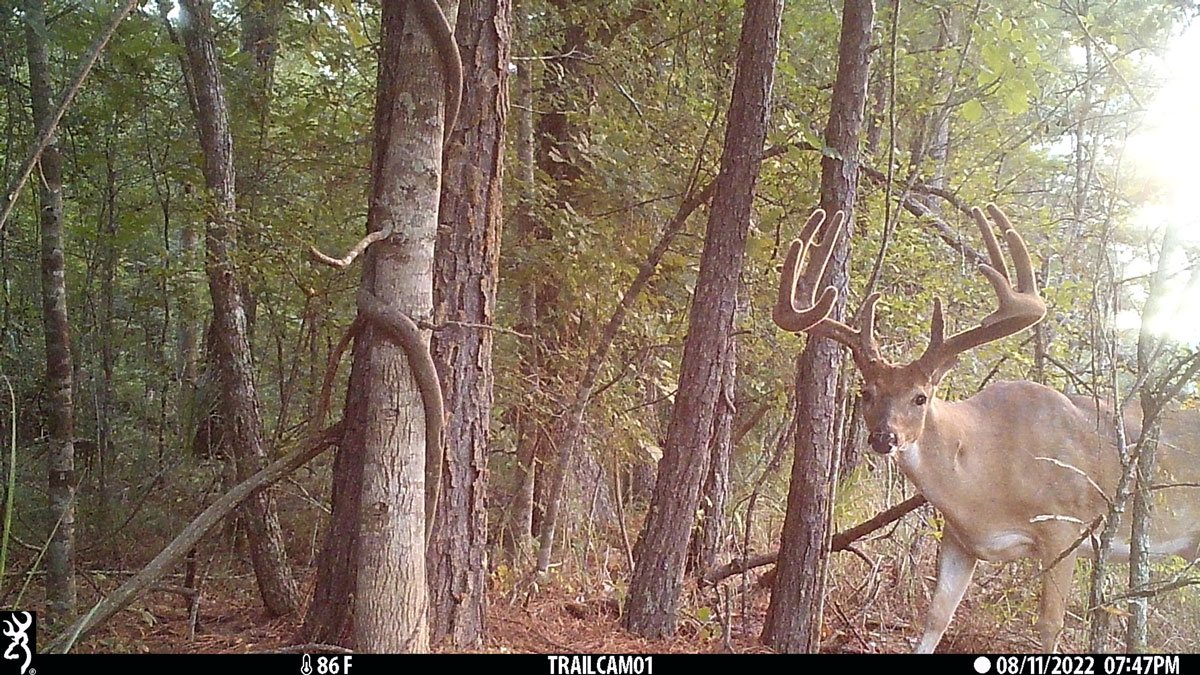 The property where 54-year-old Holyfield was successful in meeting the buck wasn’t the big woods. It is a 20 acre plot of land that he owns in Ouachita Parish that borders the edge of the south side of the city of Monroe. Holyfield owns and operates a tree service company in the Monroe area.

“The buck had been seen by lots of other folks in the area as he had apparently become quite comfortable living this close to town,” Holyfield said. “He had been seen crossing a major thoroughfare, Winnsboro Road and other streets in the area. It’s a wonder he hadn’t been shot by another hunter or become victim of collision with an automobile.”

On his lucky day, Holyfield put out a pile of rice bran near his stand. He decided to climb 35 feet high so he would be able to see down into a thicket that surrounded his stand. Just after he pulled his gun, a Remington 30.06 bolt action, and his day pack up into the stand, he got a text from his secretary.

“I was texting back and forth with her and watching a group of four or five does that had come out to feed on the rice bran.,” he said. “Then I heard the grunt of a buck quite a long way from me and I could tell as I heard him grunt nine times, he was getting closer all the time. I got my gun up so when he showed up, I’d be ready.”

When the buck appeared in the thicket, Holyfield was able to identify it as the big one he had been photographing all season. He found the shoulder in the scope, touched the trigger and heard a sickening sound…..click. While texting with his secretary, he had forgotten to jack a bullet into his rifle.

“When it clicked, the buck raised his head and looked straight at me,” Holyfield said. “As quickly as I could, I jacked another bullet into the gun, and while he was still looking at me trying to figure out what the noise was about, I was able to get off a shot. The buck buckled at first then ran about 20 feet where it collapsed.” 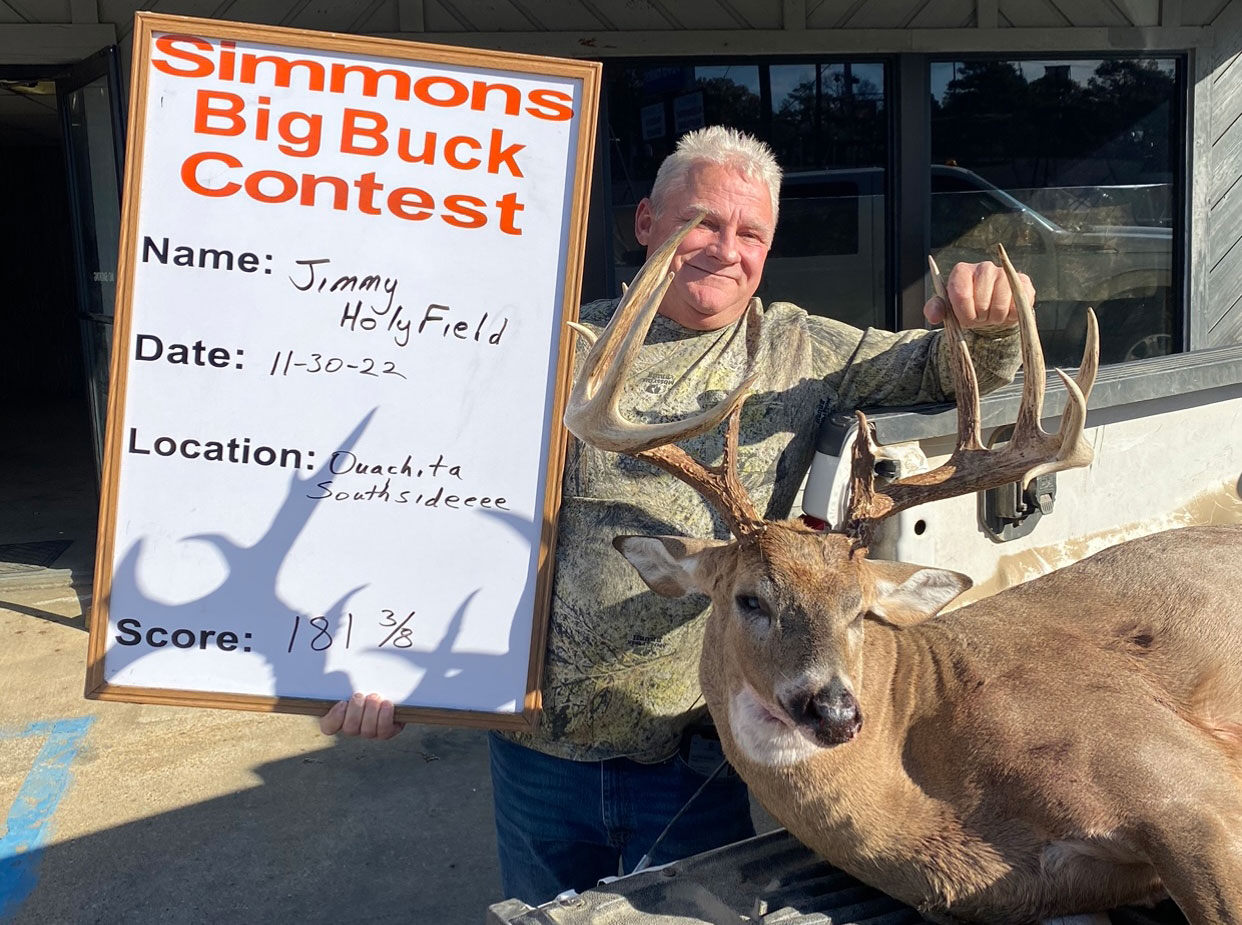 Holyfield took the buck to Simmons Sporting Goods to be entered in that store’s big buck contest. The buck sported 13 points, had an inside spread of 21 inches and weighed 225 pounds. The antler measurements revealed a rack of 181 3/8 inches of bone.

“Had I not known that so many other hunters had been after this deer, I would have let him walk until next season. I took the jawbone to Wildlife and Fisheries and the buck was aged at 5 ½ years,” Holyfield said, “he still had some growing to do.”