Eleven-year-old Kolton Jones laid eyes on the deer, and then his aim – but before he shot, he had a message for dad.

“When that deer came out, his exact words were, ‘Daddy, he’s a freaking monster,’” said Justin Jones, Kolton’s father, with a chuckle. “I said, ‘don’t tell me twice, son, shoot him.’”

Kolton made good on his shot, and it was quite the accomplishment – the “monster” deer was a 210-pound, 9-point get for the Franklinton native. The deer scored 140.

“He made a perfect shot and dropped him in his tracks,” Justin said. “Around here in our parts, it’s really unheard of to kill one like that. He’s killed deer before, but never anything like that. I couldn’t believe how big he was. I usually don’t trust cameras, pictures, because I think they tend to exaggerate … but in this case, they don’t do it justice. 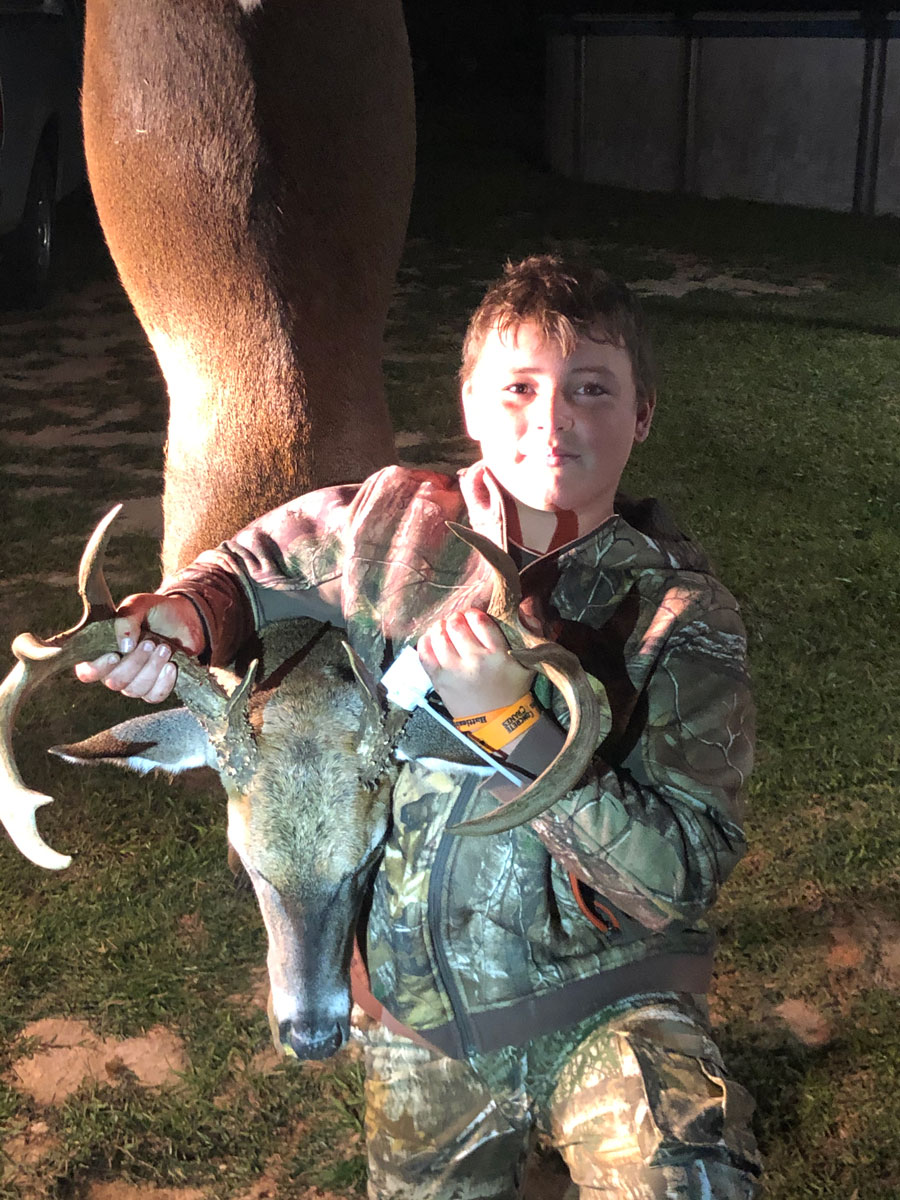 “He was just a Goliath of a deer.”

Justin said Kolton’s previous best was a 7-point deer in January of 2018. The boy has been hunting for the past three years and he and his father go regularly. In this case, it was an outing for a competition in Franklinton.

Kolton said he knew this was a different kind of deer.

“I was so dang excited,” Kolton said. “That was the biggest deer I’ve ever seen before. I was kind of nervous.”

He paused, then continued.

“I was real nervous, actually,” he admitted.

But it didn’t affect his marksmanship.

“The first thing that went through my mind was, ‘God, thank you,’” Kolton said. “I was so excited, I couldn’t even think.”

Justin said it can be difficult to land a deer at all in a typical outing, as deer in their area tend to be quite wary.

“When the season opens up, they disappear, go nocturnal,” he said. “But we go every chance we get.”

Kolton said that for him, hunting is about relaxing and enjoying the outdoors.

“My favorite part about hunting is being in that deer stand, in the peace and quiet,” he said.