Dr. Joey Barrios, a general surgeon in Lafayette, had a chance at what his Corbett Farms hunting club in Avoyelles Parish had determined to be an old 6-point buck that had been labeled as a “cull” that needed to be removed from the gene pool.

He had the images of a genuine trophy buck on his trail cameras, a buck that has been hanging out in the area he was hunting. On the afternoon of Nov. 1, when the 6-point stepped out, Barrios made a decision that would result in his getting to zero in on the big trophy.

“Our bow hunt-only club is strictly managed for big mature bucks,” Barrios said. “We take a good many does to keep the sex ratio in balance and we only shoot bucks we determine to be at least 5 ½ years old, bucks that would score 150 inches or better.”

Last season, the buck was a good one carrying perhaps 16 points on a big rack, but there was a question as to his age, either 4 ½ or maybe 5 ½ years old. The decision was to pass on him last year with the hope he’d be even better this season and would undoubtedly meet the age requirement.

“This past summer, I had him in velvet on camera and he had really blown up into something special,” Barrios said. “The decision was made once the season opened that the buck would be on our ‘hit’ list as hunters on neighboring property also had him on their cameras.” 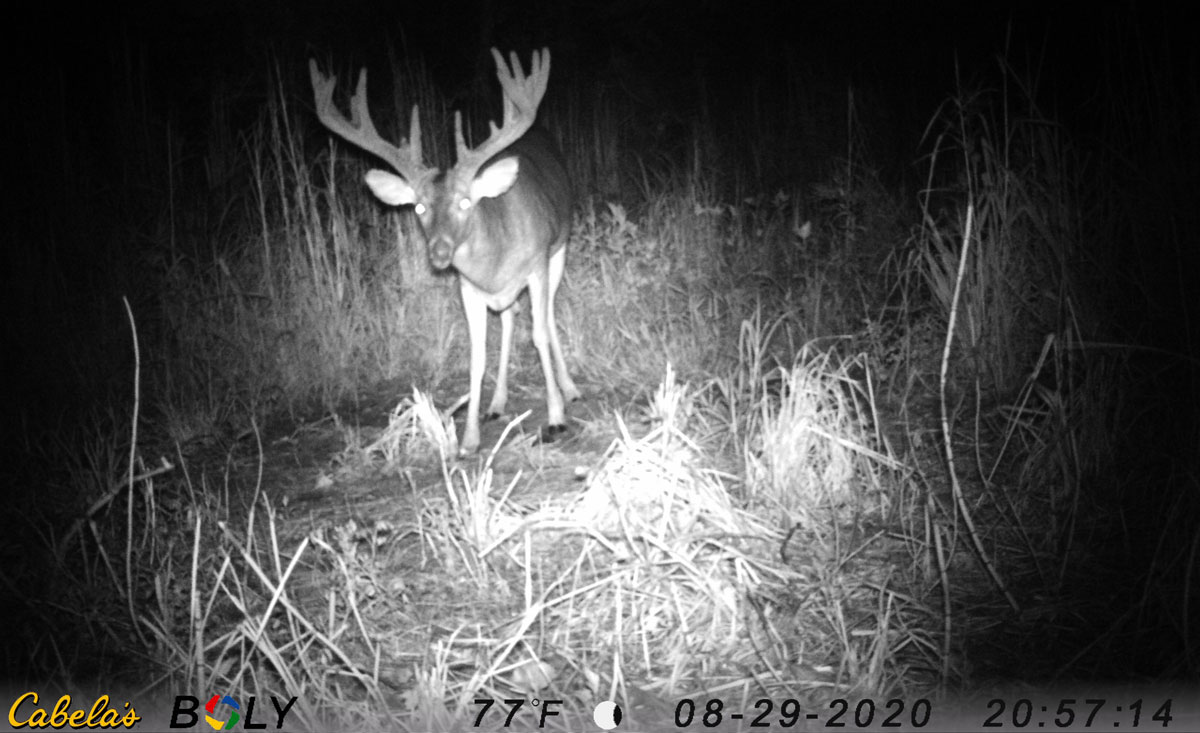 Corbett Farms is a 6,500 acre piece of prime property that is bordered on the eastern and northern sides by the Red River and to the southern edge by the Lake Ophelia National Wildlife Refuge. The soil is rich and fertile and approximately half the acreage is in farm land with some CRP land on the property.

“Our trail cameras had photos of him mostly during mornings,” Barrios said. “Even though I thought my best chance at him would be mornings, a cold front was scheduled to move in and bucks have a tendency to move around more when a front comes through that creates a change in barometric pressure. I decided to get on my stand Sunday afternoon to see what might happen. I got into my Maverick ground blind around 2 p.m.”

The blind sits on a five foot tall platform since there are bears in the area and a blind on the ground would attract their attention more than if it was off the ground.

“I had put out a mineral block in front of the blind and the deer had already eaten it down to below the ground,” Barrios said. “I also added rice bran as another attractant. A friend was hunting nearby and he and I were texting back and forth when the 6-point ‘cull’ buck stepped out and stuck his nose in the rice bran. I knew I had to be back at work the next day and didn’t want to spend no telling how long tracking a cull, so I texted my friend that I was looking at the 6-point.”

The 6-point abruptly turned to look back in the direction from where he had come. With bears and coyotes in the area, Barrios thought maybe he had heard one of these animals.

“At around 5:10, I looked out a window in the direction the 6-point was looking and watched a big buck step out; I knew it was the big one I was after,” he said. “I drew my bow and the bow just let off completely. I was concerned my arrow might fall and the game would be over. The buck became alert like he heard or saw something. Fortunately, the buck was looking in the other direction and I was able to come to full draw at 25 yards and release my arrow. I could tell I had made a good shot as the buck took off.”

Barrios shoots a Matthews bow, a Carbon Express Maxima arrow to which a Swacker broadhead is attached.

Since it was getting late, Barrios only waited 10 minutes before walking down to where the buck was standing when he shot. He slowly and quietly followed the blood trail and spotted a white belly up ahead.

“I backed out, went back to the blind and called my buddy who had also shot a cull buck,” he said. “We decided since I could see my deer was down to recover it before helping him find his deer.” 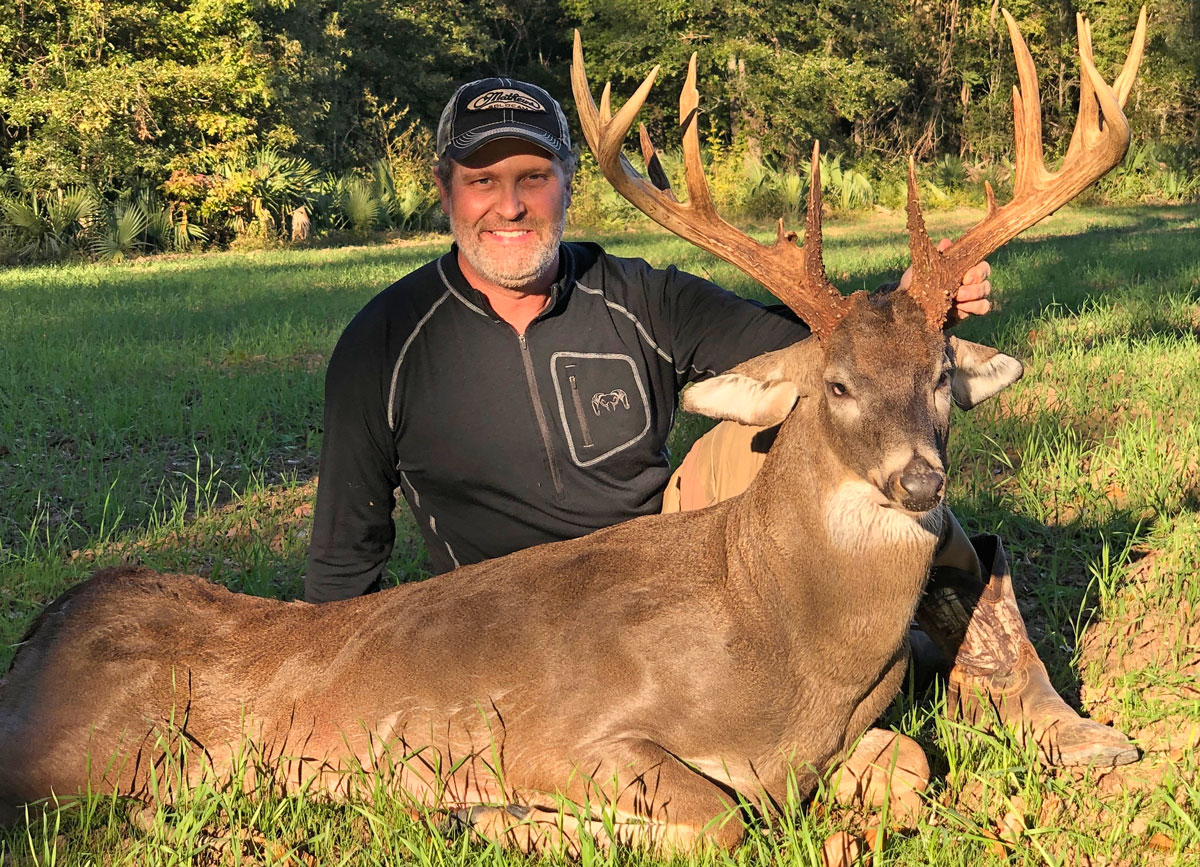 The buck had 18 scorable points with an inside spread of 21 2/8 inches. Bases were 6 and 5 ½ inches with 55 inches of mass that carried throughout the rack. The buck was a heavyweight, tipping the scales at between 250 and 275 pounds. The rack was unofficially measured at 198 2/8 inches.