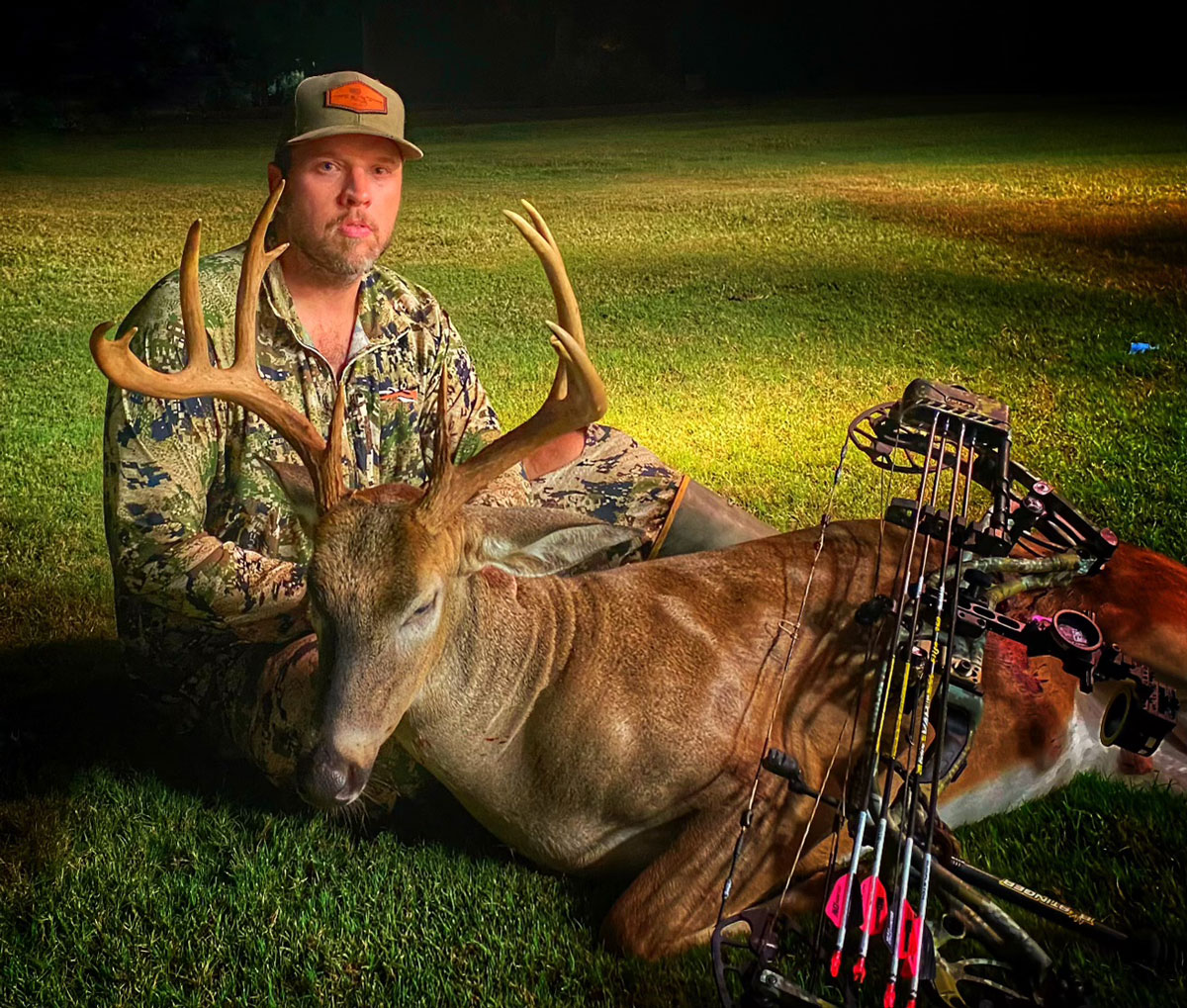 The opening of the 2021-22 archery season in Louisiana came with weather that, in a word, stunk. Rain, wind out of the south and warm temperatures for October helped 36-year-old Stonewall resident, Hunter Brown, make a decision. Instead of heading out into such unfavorable conditions, he elected to stay at camp and do clean-up work.

“My dad had gone squirrel hunting that morning,” Brown said. “I told him what had shown up on my phone and in spite of the bad weather, I was going hunting that afternoon.”

Brown, who works in the oil and gas industry, hunts on a combination of family property and leased acreage totaling around 3,000 acres in Bienville Parish.

“I got on my lock-on stand that afternoon and the only deer I saw was a little spike. However,” Brown continued, “I made my plans to be back on my stand the following afternoon.”

Brown shares his hunting land with two friends, Levi Madden and Harmon Carson, and he told his friends what his phone had revealed.

“After talking with them, they said it would not be wise to get on my lock-on stand that was set up to favor a northwest wind. They suggested that I hang the new Saddle stand I had purchased on the opposite side of the feeder to take advantage of the south wind, so that’s what I did,” Brown said.

Using climbing sticks and the unique stand that allows you sit in a fabric saddle and move around the tree if need be, Brown set up the stand some 22 feet above ground, giving him an ideal view of the feeder without the wind creating a problem.

“At 6:44, a buck walked out and at first I thought it was the one I had seen at 7:40 yesterday morning,” Brown said. “However, I determined that it was a different deer, but a shooter for sure. I put the sight pin on him at 35 yards and released the arrow. I knew it was a good hit as I watched him run about 30 yards when he tipped over.”

Last year, Brown, who is a full-time bowhunter, decided to shoot his recurve. He took a couple of does and hogs, although he missed two good bucks and had a couple more a little too far for the recurve. Therefore, he switched back to his compound, a Hoyt bow, Victory arrows tipped with Rage Hypodermic points.

The buck was a 12-point buck, determined to be 4 ½ years old. The rack was 16 7/8 inches wide inside with 20-inch main beams and 4-inch bases and weighing 172 pounds. Putting the tape on the rack, the measurements were right at 140 inches of antler mass. 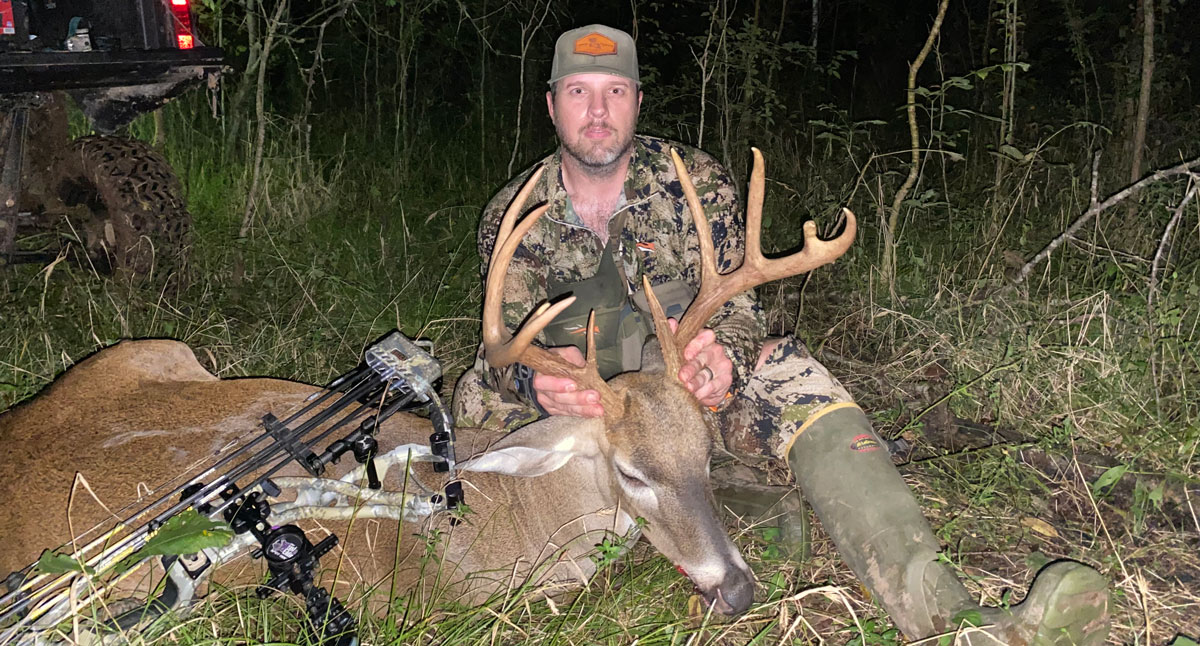 “As much as I love to hunt, I really get more satisfaction in working with the Dream Hunt Foundation, where we take kids between the ages of 12 and 18 who have a handicap and who have never hunted or taken an animal. This,” said Brown, “is the highlight of my year as far as hunting goes.”

However, Brown had to be a little more than excited after listening to the advice of his buddies, taking advantage of the wind to collect a fine trophy buck.