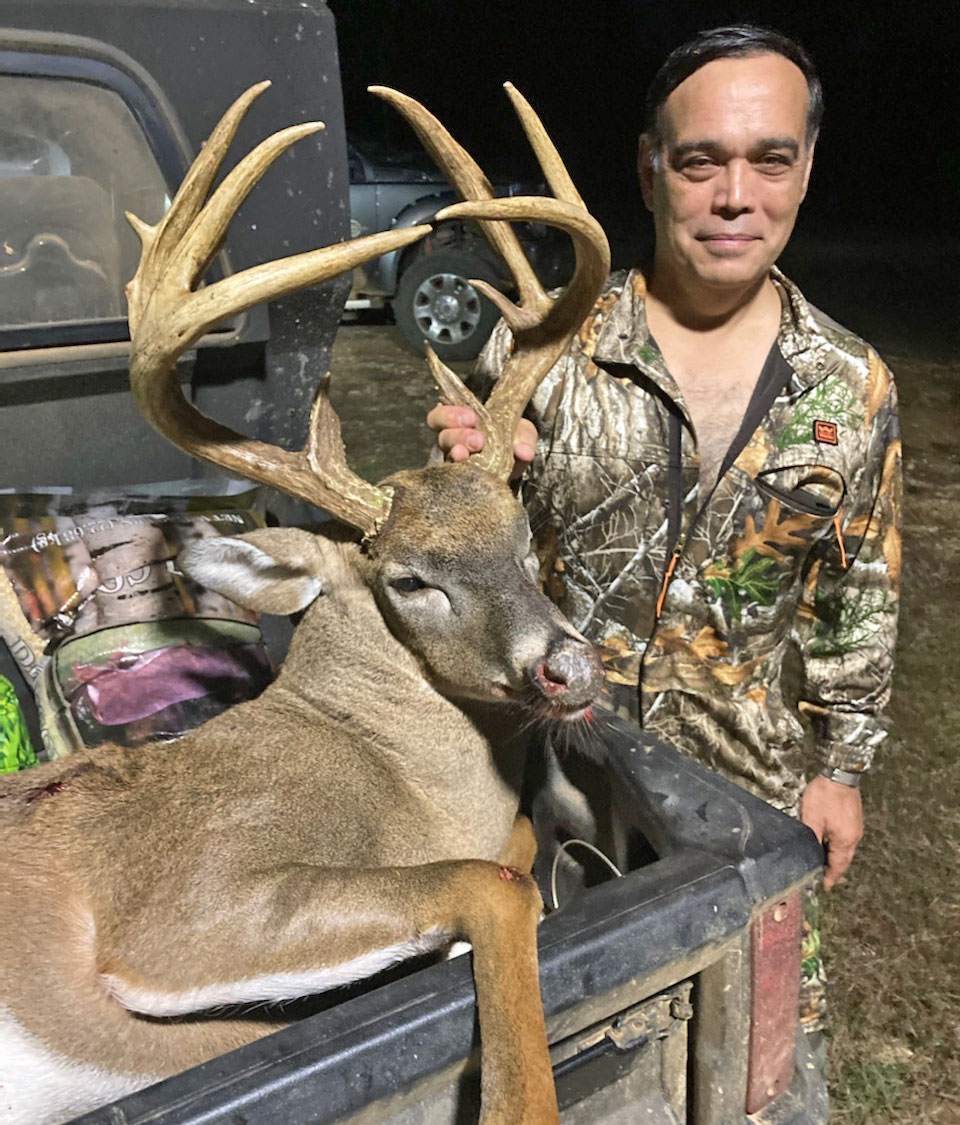 The buck Wayne Magee was after had stepped out of the woods several times over the past few weeks just after the end of legal shooting hours. The 10-point Bienville Parish buck apparently lost track of time on Dec. 8 when it stepped out of the woods onto a shooting lane five minutes before the end of legal shooting hours. Magee was ready and the buck paid the ultimate price.

“I live in DeRidder after retiring from the regular Army as a Colonel where I served almost 34 years,” Magee said. “I served in such areas as Iraq, Iran, Afghanistan and my wife, who is also retired as a Lt. Colonel, and I settled in DeRidder. However, my roots are in north Louisiana where I grew up in Downsville and graduated from LA Tech before entering the military.” 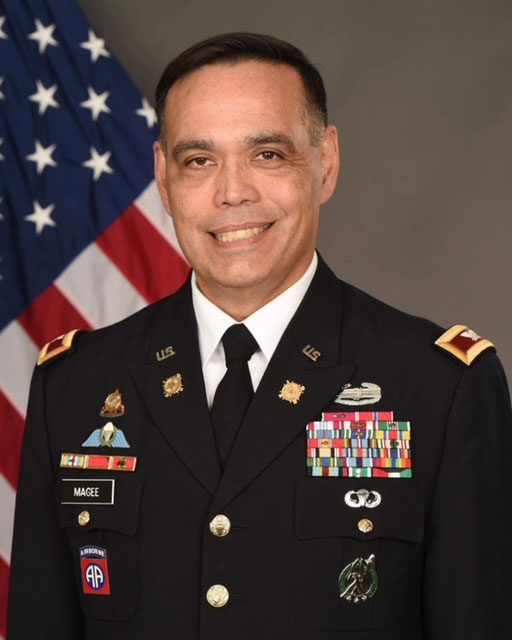 Magee joined a hunting club in Bienville Parish and one particular buck had the attention of not only Magee but other members of the club.

“We had him on camera last season and the members and I decided that he had potential to really be an impressive buck so we agreed to pass on him last year,”  Magee said. “Cameras this year showed that the buck had really blown up from a year ago so it was agreed he’d be a target this season.”

Racing against the clock

Leaving home the morning of Dec. 8, Magee drove from DeRidder to the club. As is his custom, he proceeded to climb into his box stand around 2:45. The stand overlooks a food plot and shooting lanes with pine timber growing next to the lanes. After watching several does and small bucks feeding on the food plot, Magee began watching the clock as the end of legal shooting time was approaching.

“The weather was unusually warm for December,” Magee said. “It was raining and the mosquitos were awful, which necessitated the use of my Thermacell to keep the mosquitos at bay. At around 5:20, some five minutes before the end of legal shooting hours, I looked down one of my lanes and he stepped out.

“I didn’t have time to think or get nervous because there he stood at 125 yards. I knew it was the one we had on camera so I got my Browning X-Bolt .300 mag up and on him and hit the trigger. At the shot, he turned and headed back the way he had come onto the plot.”

Remaining in his stand for a half hour, Magee contacted other club members who were hunting that day. They came and helped him search for the buck.

“There was no problem following the trail and we found him piled up at about 40 yards,” he said. “It’s an understatement to say I was excited to finally get this buck to come out while it was still legal to shoot.”

The buck weighed 218 pounds, sported 10 points with an inside spread of 16 1/8 inches. Bases were 5 ¼ each with main beams of 23 inches each. The main beams had a unique feature in that the tips of each were less than an inch from touching.

“By turning my index finger sideways, I could barely insert it in the space between the tips of the main beams,” Magee said.