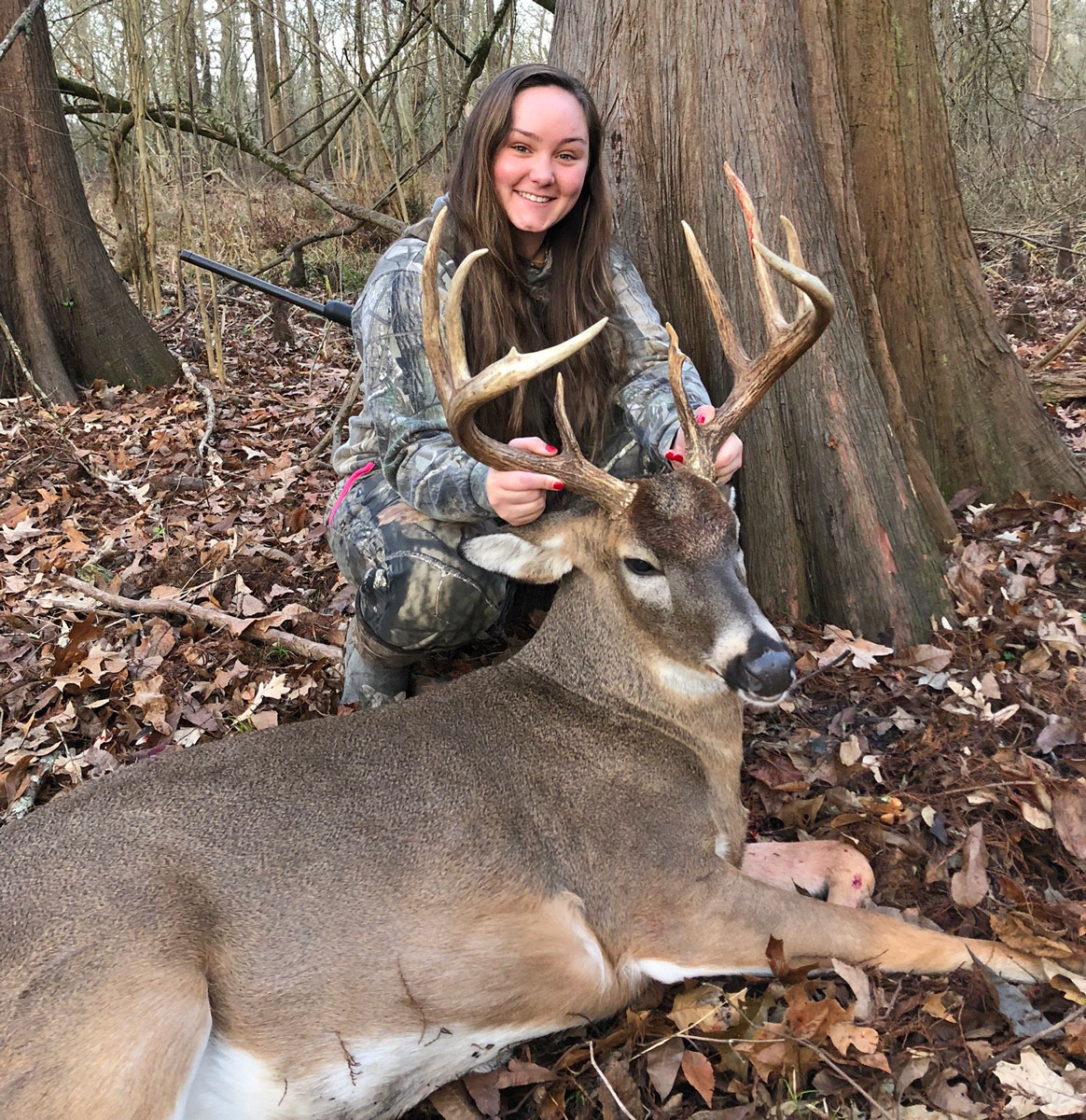 Haley Campbell, 21, a physical therapy student at University of Central Arkansas in Conway, was home in Clayton for the holidays when on Christmas Eve, she got the crosshairs on the shoulder of a buck she had never seen. Her shot was dead on and she was soon standing over the fallen form of a big 10-point buck.

“I got home from school around Dec. 17 for Christmas break and my family, my mom, dad and three sisters, went on a holiday trip to Gatlinburg, Tenn., getting home on Dec. 23,” she said.

Christmas Eve morning dawned warm and foggy and Campbell and her 12-year-old sister, Lainey, decided to go sit in a box stand on her family property.

“We own about 100 acres in Catahoula Parish, land that is not too far from the Tensas River,” Campbell  said. “It was foggy and hard to see early that morning so we didn’t get on the stand until about 7:00 or so.”

Out front of the stand is a shooting lane and soon after getting in the stand Campbell  and her sister were watching several does far down the lane grazing on grass in the lane.

“I wanted Lainey to be able to shoot a deer but we decided that whichever one of us had the chance, we’d take it,” Campbell said. “I have a .270 but we were using Lainey’s 6/5 Creedmore rifle because she doesn’t like my .270.”

After sitting in the stand for about half an hour, waiting for the fog to clear, Campbell was looking out one window of the stand while Lainey watched through another window.

“I had my eye on the does down the lane, when all of a sudden this big buck stepped out into the lane about 100 yards away,” she said. “I had no idea how big it was but just knew it was a good buck and I whispered to Lainey that I was about to shoot.

“I had to calm myself down and talk myself into not looking at the rack but concentrate on the body. I was really nervous but I was able to find the shoulder with my crosshairs on the scope and I shot. When I shot, the buck took off.”

Calling her dad, Campbell told Lainey they would just stay put in the stand until their dad got there. He came driving up on the Ranger about 30 minutes later.

“Daddy walked over to where the deer was standing and told me I could either try and follow the blood trail or go to the deer; he could see the deer lying there about 30 yards from where I shot him,” she said. 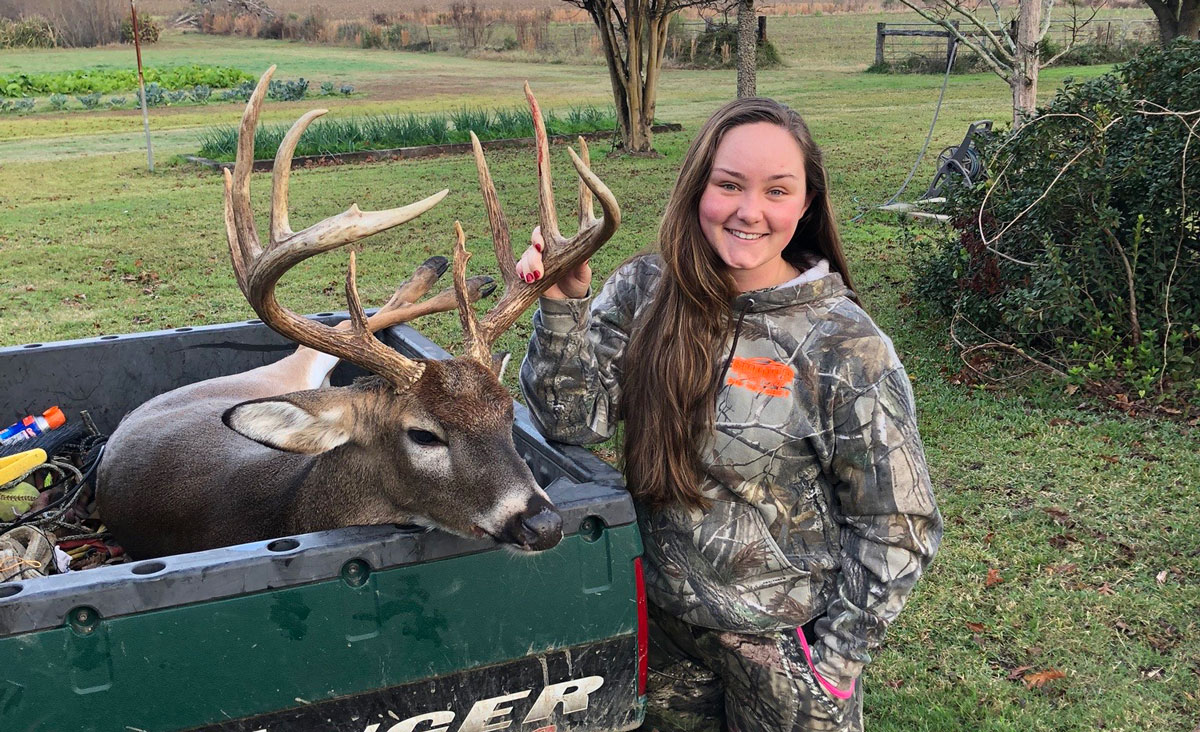 The buck, estimated to be 5 ½ years old had a massive body and weighed at least 250 pounds. Sporting a symmetrical 10-point rack, the inside spread was 16 inches. Putting a tape on the rack, the unofficial measurement was 152 inches.

“To get a buck like this on Christmas Eve,” Campbell said, “was the best Christmas present I could have received.”