Calhoun’s Stuart Baum, age 30, who owns his own barber shop in Columbia, received a double blessing the last week of October. On Wednesday, Oct. 27, his wife, Tiffany, gave birth to the couple’s third child and their first daughter, Ada. On Friday, Oct. 29, after bringing his wife and baby daughter Ada home, Baum followed Tiffany’s suggestions to go hunt the big buck he had been after, saying it would be special to get the buck the day they brought Ada home. Before the day ended, Baum had the big 9-point buck on the ground.

“While being at the hospital with Tiffany, my phone kept pinging and the big buck I had been hunting kept showing up on my trail camera,” Baum said. “I knew I needed to be in the woods, but attending my wife and baby daughter were foremost on my mind. Once we got home, Tiffany insisted that I go see if the big buck might show up, so I did.”

The property on which Baum hunts is located in Caldwell Parish and consists of some 1500 acres of farm land dotted with CRP sections, ideal hang outs for big bucks.

“The previous week, I got my first trail cam photo of the buck,” Baum said. “I had been moving around the farm, putting cameras out at different likely looking locations hoping to target a big buck. When I found one area with a fresh rub on a good sized tree, that’s where I decided I wanted to hunt him and that’s where he showed up the week I got him.” 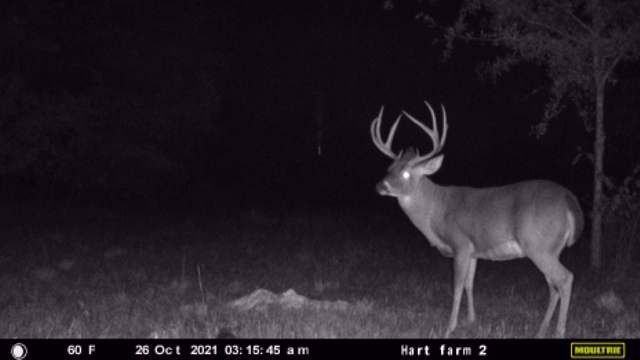 Several bucks, including the big one, were still hanging out together in a bachelor group. Soon after Baum climbed into his box stand that afternoon, deer began filtering out of the thick stuff to browse on grass growing on the two shooting lanes he could see from his stand. Baum had slipped in the back way to reach his stand around 5:30 because he felt that action would be taking place shortly and he didn’t want to alert the deer.

“There is one lane facing north and another northeast and several bucks in the group, including a nice 10-point buck and a couple of eight pointers and a seven came out on the north facing lane,” Baum said. “Ten minutes after the other bucks showed up, the big one I had on camera made his appearance. He was obviously the boss because he kept pushing the other bucks around as they nibbled on the grass. When he turned broadside at 80 yards, I got on him and hit the trigger on my 35 Whelan and he dropped on the spot.”

Baum first called his wife to report his good fortune and then called a friend who was working on a track hoe on adjoining property. The friend agreed to bring Baum’s 4-wheeler to load and transport the deer to his truck.

“I knew he was a good buck from the photos I saw on my camera, but the closer I got to him the more impressed I was with not only his rack but his body size,” he said. “He ended up weighing 245 pounds.” 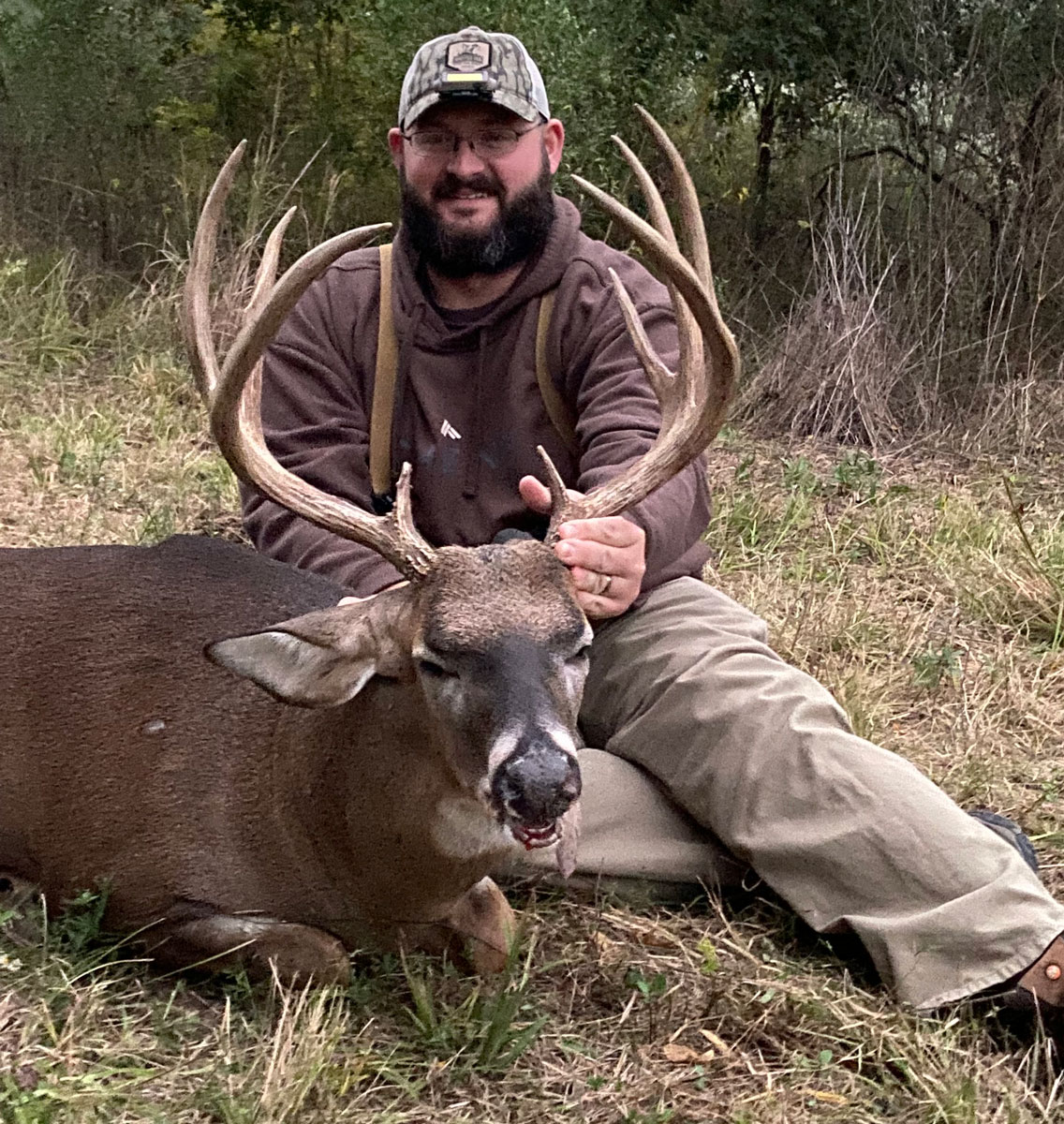 What a blessing for Baum; a new baby girl one day and two days later, a trophy buck.